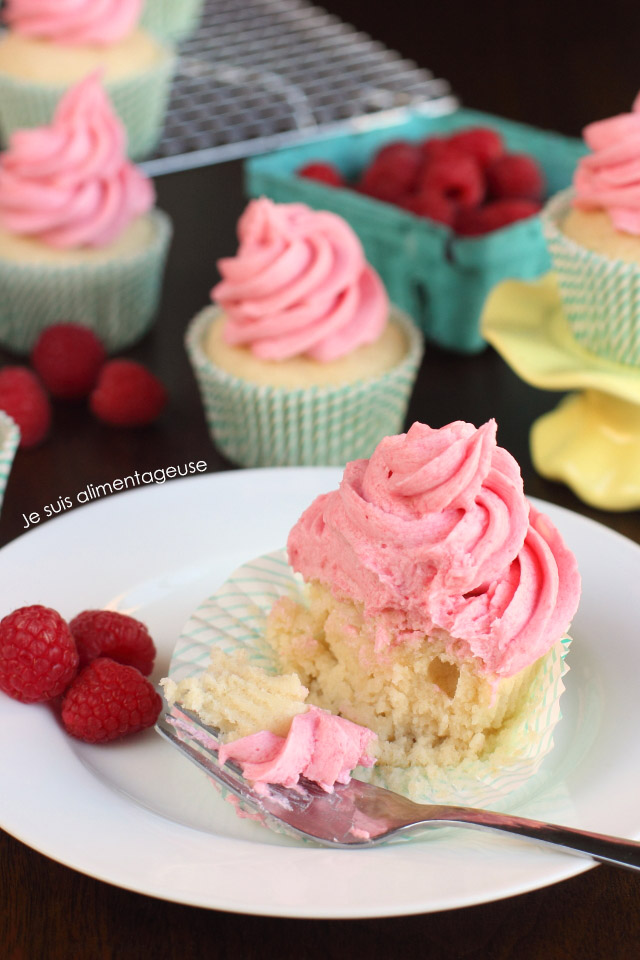 I went to Wonderland (an amusement park just north of Toronto) yesterday for my roommate’s youth community band as a driver/photographer and I suddenly felt quite old. Yeah, yeah, you don’t need to tell me. I’m not old. But there’s nothing quite like going on a roller coaster and suddenly feeling quite… well, gross. All the people waiting in line withÂ me outside of my group of friends are at least 5 years younger than I am. With their crop tops, trendy hair cuts, and neon-coloured sunglasses calling each otherÂ Bae and snapchatting selfies to each other… I felt like a dinosaur as I used Facebook messenger and waitedÂ in line with my purple Converse, not too-short short shorts (I saw actual butt cheek yesterday), and long V-neck T-shirt.

It’s an odd transition, leaving school. When I finished my undergrad, I was 22, and I was still considered a “baby” according to my friends in graduate school. Everyone else was older than me so I constantly felt like I was some inexperienced child trying to prove myself and my brains. Now that I’m graduating (my convocation is at the end of June!), I’m entering the “real world” and feeling suddenly very old outside of a work capacity. 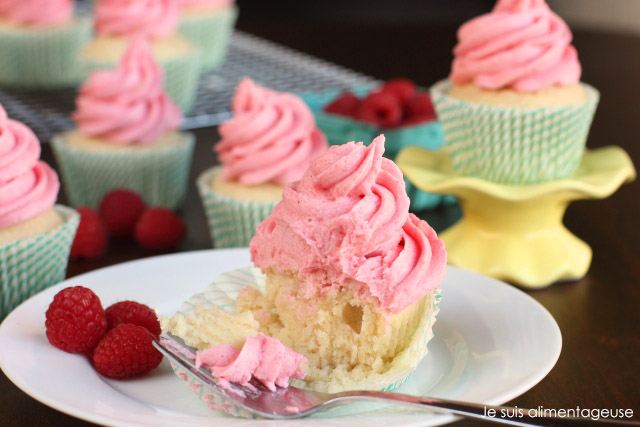 But I kind of like the feeling. I finally feel like my inner age aligns with my outer age. No time for drama, no time for things not worth my time. I can earn my own money. Make my own decisions. Go to bed when I want to, be it 2 am or 10 pm. Doing things that I want to do because life is short, and if I want to eat cupcakes, I’m going to eat a damn cupcake. Although since I don’t live near a vegan bakery, my options are limited and I need to make a batch of cupcakes myself, even if I only want to eat one. 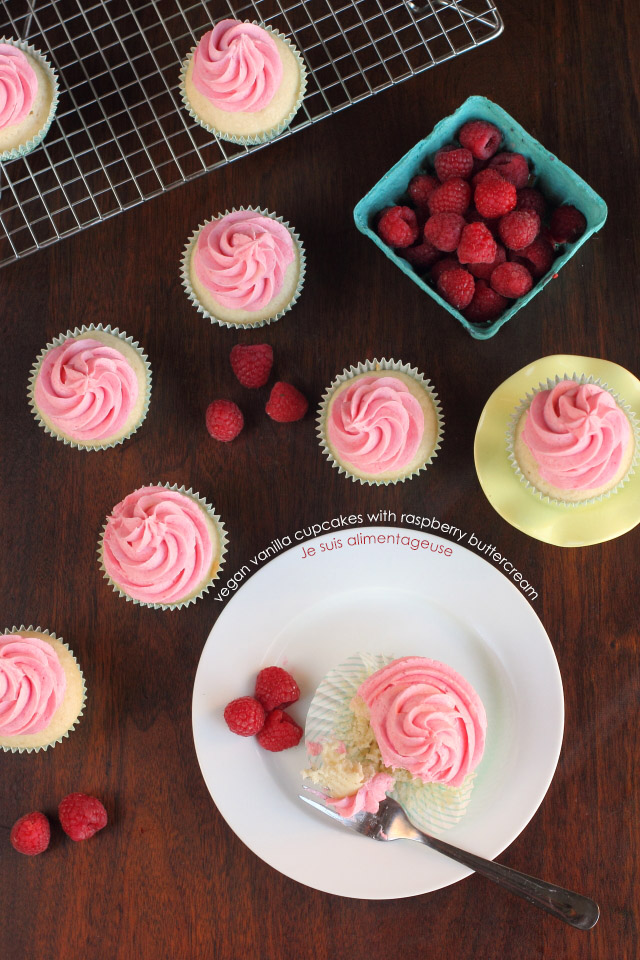 11/19/2016 EDIT: The old version of this recipe SUCKED. I’ve learned a lot about baking over the last couple years and  I have since retested, revamp it and amended in the directions below. They are now much lighter and fluffier :)

For the cupcakes
For the raspberry buttercream

For the cupcakes
For the buttercream: