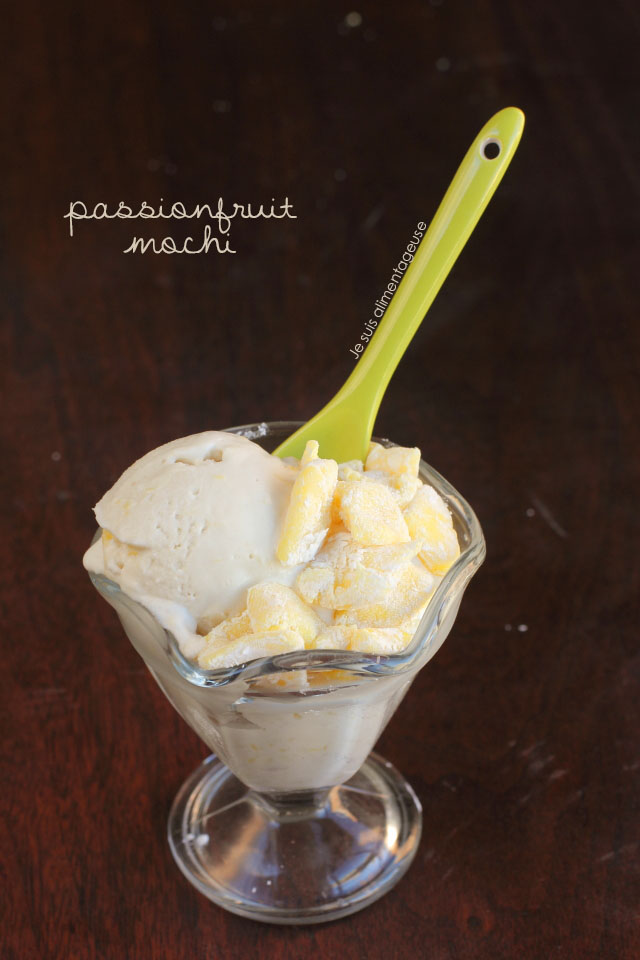 I have been really eschewing the North American traditions of food lately. All I want are foods from the other side of the world: roasted seaweed, bibimbap, japchae, dim sum, samosas, miso soup… I just want all of the Asian food basically. On top of that, I’ve been frequenting the Menchies around the corner from my apartment and their one vegan option is always delicious with some chopped almonds and some mochi. If you’ve never had mochi before, it’s a chewy, softly sweet confection that is either stuffed with red bean paste, peanut paste, or even ice cream! Mochi ice cream is awesome, because it’s soft chewy mochi wrapped, often flavoured like coconut, matcha, or mango and stuffed with similar flavoured ice cream. 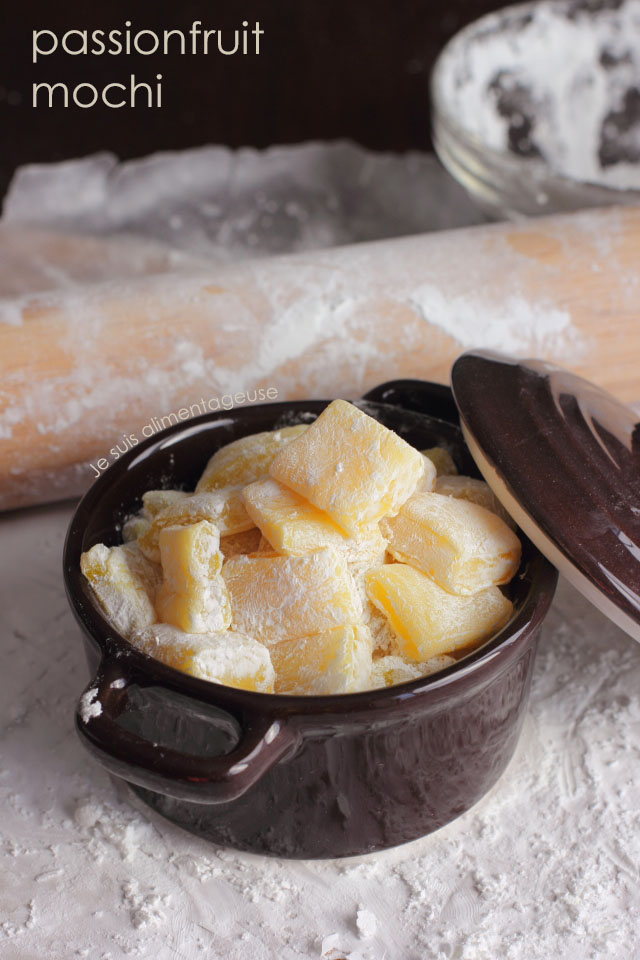 When I was making this mochi, I made three different batches. The first was baked like Jen Ryu’s recipe from which I based this recipe. She had access to passionfruit purÃ©e that lent her mochi bright, passionfruit flavour, but all I had was a juice blend of passionfruit and pear juice. Don’t get me wrong, this recipe is great too, but the passionfruit flavour is nowhere near what it would be with actual fruit purÃ©e. There are different methods where people steam it (which is how it’s traditionally done), Jen’s recipe was baked, and then there was the microwaved version. They all produce delicious mochi, but I really like the firm chewiness that the baked mochi yields. 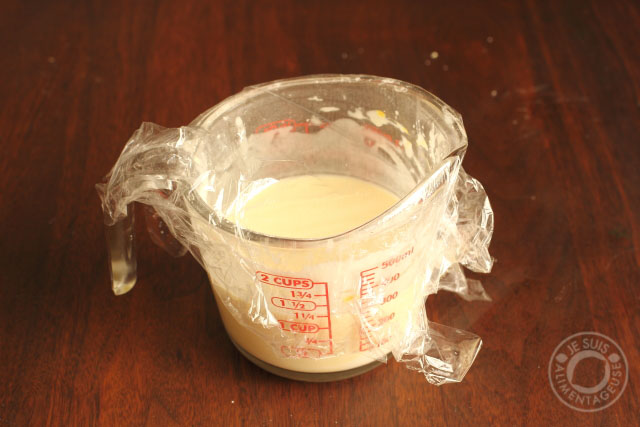 In any case, you can roll the mochi thinly to wrap around ice cream, but I tried doing it three or four times and had a mess of melty ice cream and mochi. Still delicious, but no where near as beautiful as the packaged mochi I can get at the Asian market. You can do it Menchie’s style and chop it up to serve over ice cream, which is easier to eat for those with sensitive teeth (aka me). There’s special mochi flour (Mochiko sweet rice flour), but all I have is glutinous rice flour (not actually any gluten in it) from the market by my apartment. If you like it a bit sweeter, add some more sugar, but the juice I had was already quite sweet so I didn’t add as much sugar. 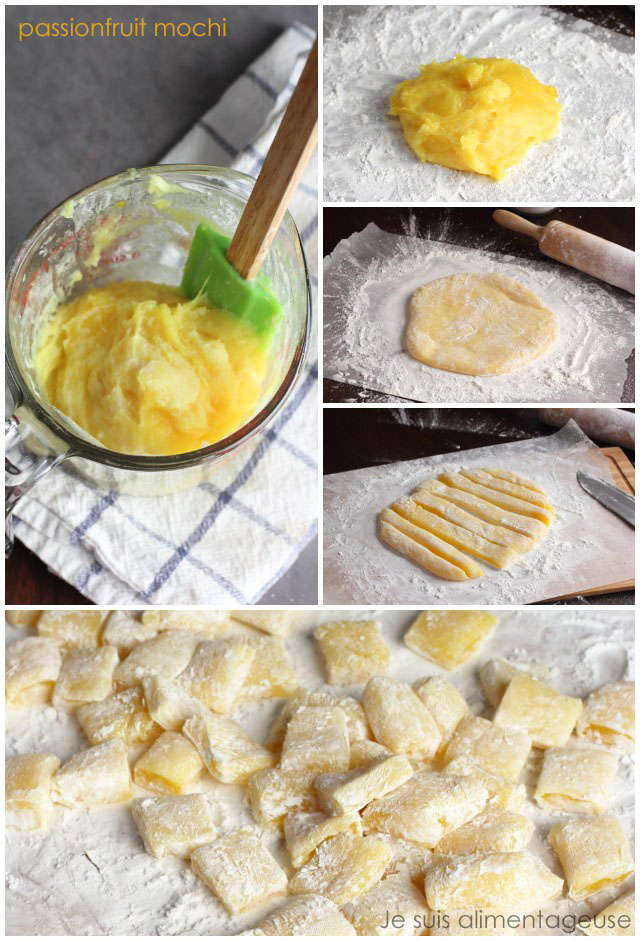 Now I know that I said I’d be better about eating processed foods, but in all honestly, even though there are still 4 days left in April. I think I ate maybe 7 Oreos today. Better than a whole sleeve or two, but I’ve been good about not eating chips or packaged foods other than that. I call that a win. I’ve been eating lots of dates lately instead of candy, pecans instead of chips. And just a handful of dark chocolate chips if I ever have the craving. I think this is something that I’ll continue to do long term because I never feel that great when I eat junk food, and I’d rather not feel bloated if possible. 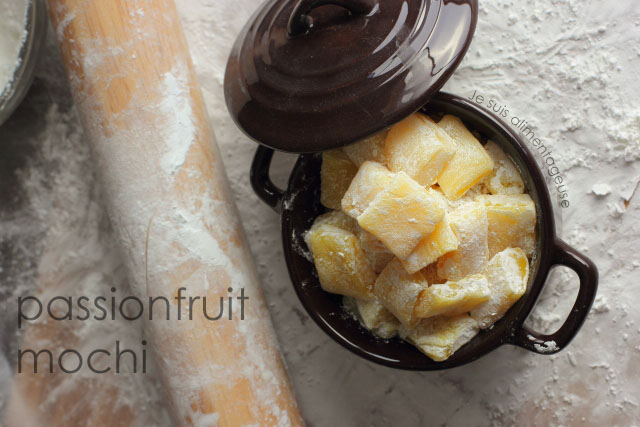 To see my H&H friends and/or my fellow #EatCleanChallenge bloggers:

Recipe adapted from use real butter