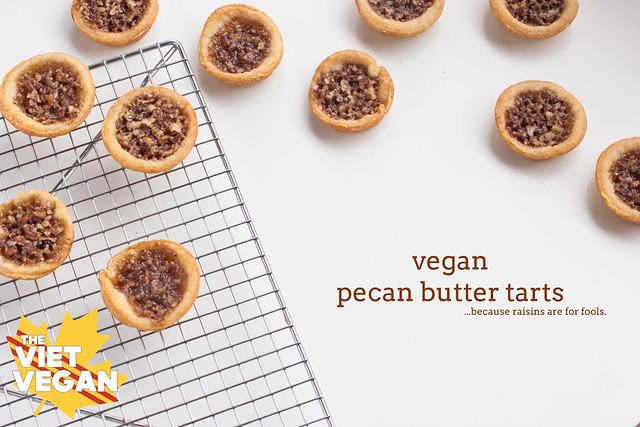 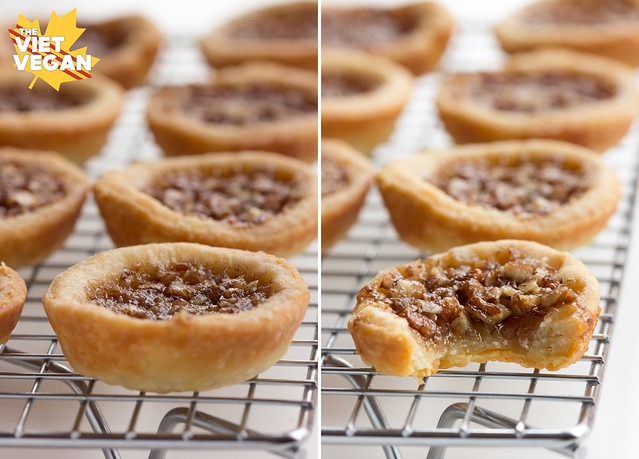 You heard me. Raisins don’t belong anywhere near a butter tart. Either give them to me plain, or give them to me loaded with pecans, but raisins are mushy, sad, hidden jerks that lurk at the bottom of your butter tart and hit you when you least expect it.

Have you ever heard of a butter tart? I’ve grown up with these, despite my Vietnamese up-bringing.Â I don’t really remember where I had them. They were around for potlucks, and sometimes at the grocery store bakeries in trays of six. Â They’re basically tarts that are filled with almost a sticky, gooey caramel filling. Traditionally they have little hidden raisin gems at the bottom of the sticky filling, but I never liked those (clearly.) 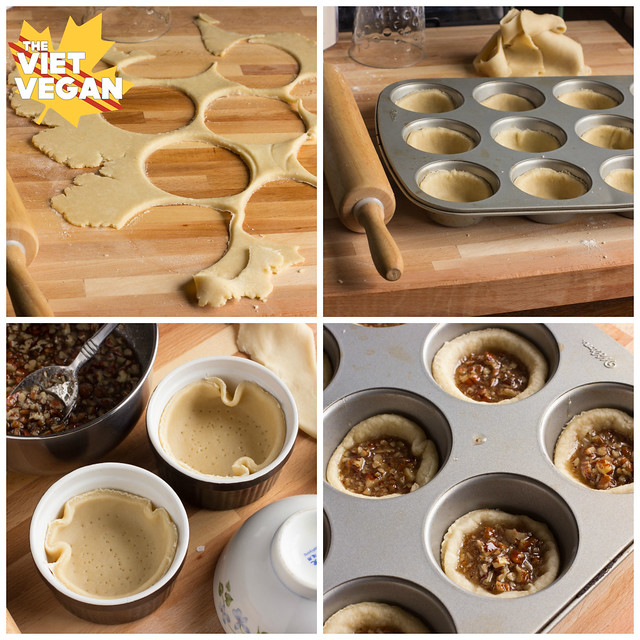 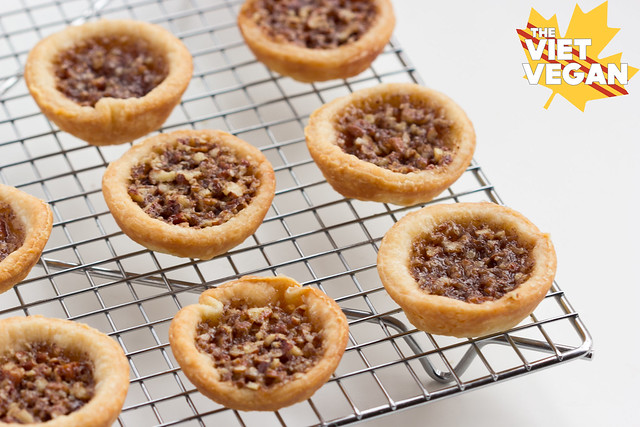 Raisins belong in trail mix. That’s it. They’re acceptable in oatmeal raisin cookies ONLY when I’m expecting them.

If I’m expecting a chocolate chip oatmeal cookie, those raisins are nothing but LIES AND DISAPPOINTMENTS. If I wanted the empty, soul-less shells that are raisins, I would have just eaten a grape. Get out of my baked goods, raisins. Carrot cake, butter tarts, and cookies are better without you. 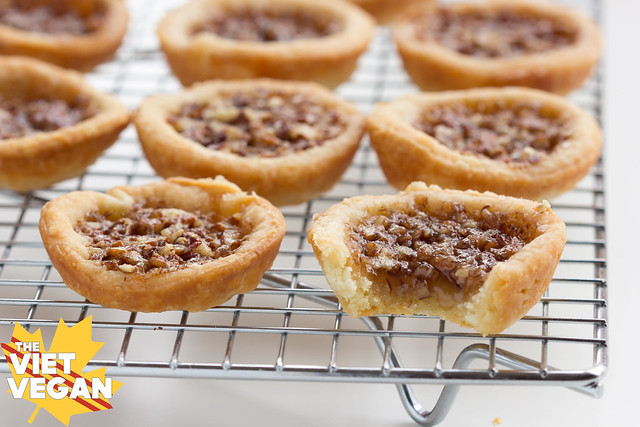 I like to load up my butter tarts with pecans. You can keep them whole, half the amount of pecans I put in, or be rad like me and keep it pecantastic. They are ridiculously addicting and perfect for holiday parties (I know I’m a few months too late, but hey, I don’t like following trends.)

I used the remaining pie crust from my pecan pie recipe, but I’ve halved my pie crust recipe below so there’s less clicking involved for you. The filling isn’t as gooey and solid as my pecan pie, since these are typically a bit runnier. The added butter and increase of pecans make these slightly different but so delicious. Again, no tofu, no corn syrup. Mostly just sugar and pecans. More crust to filling ratio = happy Lisa. I mean, I love maple and sugar, but how can you resist perfectly flaky crust? 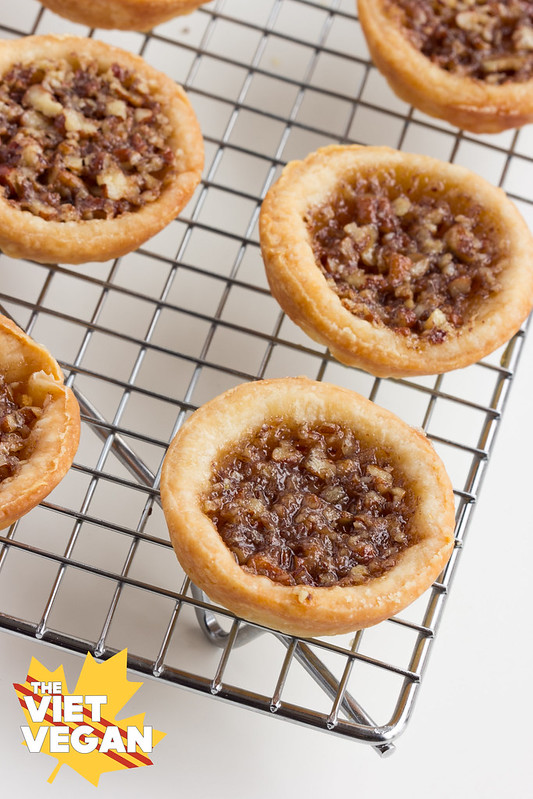 For the tart shells:

For the tart shells: 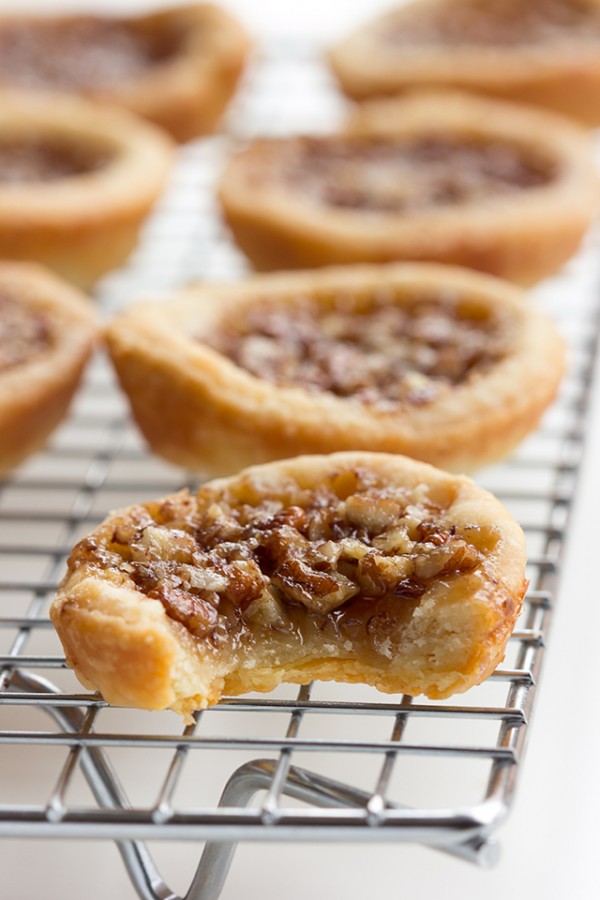