No cheese? No problem.
Vegan queso dip to please the tastebuds and lactose-sensitive bellies. 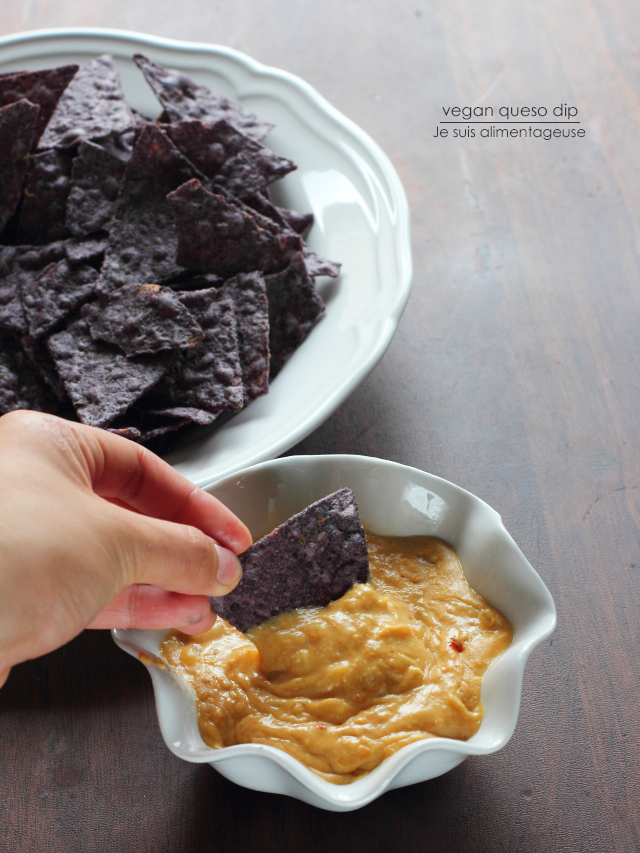 It’s been about 10 months since I went vegan, and in retrospect, it’s been a fairly easy transition. I’ve had a couple slip-ups with cheese, but for the most part, I’ve stuck to my guns. I didn’t realize how awful I felt when I ate dairy and it’s kind of a life-changing experience. No more uncomfortable indigestion or bloating, and my allergies have definitely gotten a lot better. But today I want to address something that I haven’t mentioned before about veganism. 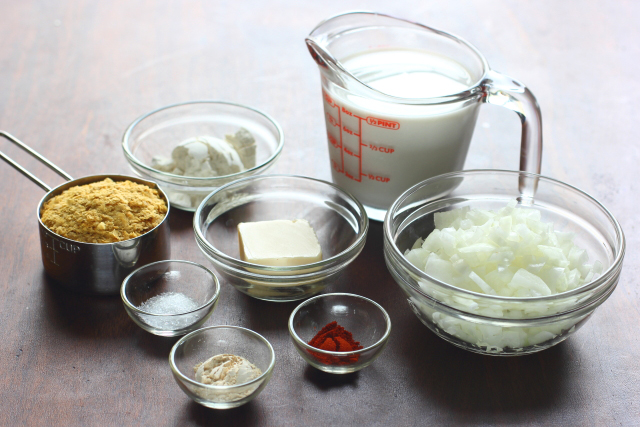 As much as I would love the entire world to be vegan, I totally understand that in our current state of economy, it’s simply not accessible. Vegan dairy isn’t always cheap, which is why I try not to eat as much as I’d like (although every now and then, I can’t help but crave Daiya cheese’s gooey pepperjack shreds). Not everyone has access to a health food store that sells affordable nutritional yeast, vegan butter, or almond milk. Normally dairy is cheaper because it’s simply more widely used. In a capitalist economy, bulk = cheaper, and the bulk of North America love their dairy.

On top of that, the majority of plant-based proteins like beans or lentils are quite cheap when bought dried and in bulk, but as they say, time is money. If you’re working a full-time job, you don’t always want to spend your time off work/the entire weekend prepping your produce and protein for your meals in the upcoming week. I’m very lucky that my job is quite flexible so I can go to the market every other day to get ultra-fresh produce to enjoy immediately and not have wilt in the fridge (but let’s be real, that still happens because I’m sometimes too lazy to cut more than one vegetable for dinner). 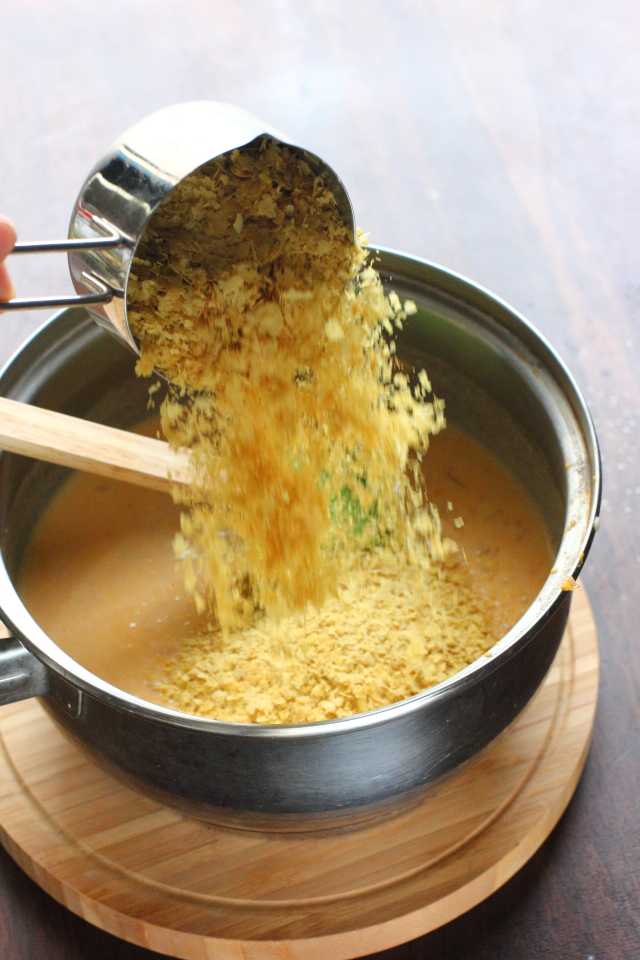 It’s not just making food at home, it’s being able to go to a restaurant and have something to eat aside from salad or fries. I don’t want to go to a restaurant and pay $10 for a salad that I could have made at home for $2. Personally I hate paying for food that I could make myself. I’m so lucky to live in Toronto, where the average restaurant has servers or a kitchen who at least know what veganism is (I’ve been served fish at a wedding when I told them I was vegetarian before). There are hundreds of vegan restaurants, or even omnivore restaurants with vegan options. I went to the 360 restaurant at the CN Tower, and they have a vegetarian prix fixe menu with a vegan option!! Unreal.

One of the most important things to realize is that veganism is a privilege. We are lucky that we can choose what to eat. We are privileged enough to have access to health food stores that sell non-dairy alternatives. People even knowing and accommodating my dietary choices is amazing, and the more accommodating my server is, the more willing I am to tip them generously.

So to my fellow vegans, if you have a great server and kitchen willing to accommodate you, please please please tip them well! It makes the next veg diner at their restaurant have a better chance of being accommodated, plus it’s great to reward the extra work that those people do to make sure your food is what you want. 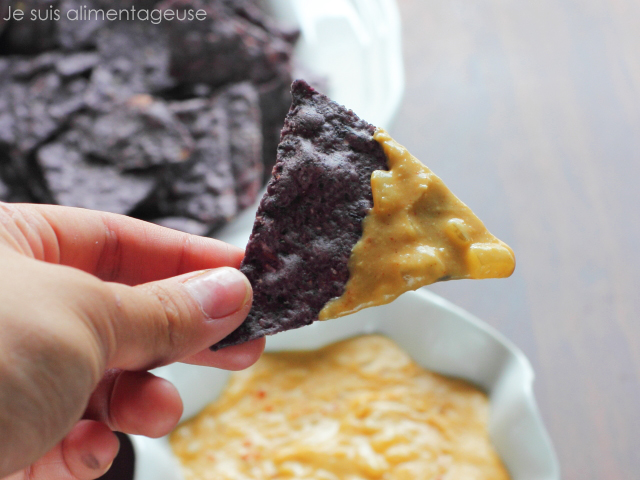 In the meantime, here’s an easy and creamy vegan queso dip. It doesn’t taste EXACTLY like cheese, but it’s been about 10 months since I had any sort of cheese dip so I’m not really sure what cheese tastes like anymore haha. It’s definitely delicious though, and chock full of B vitamins because of the nutritional yeast.

Can’t go wrong with that, right?