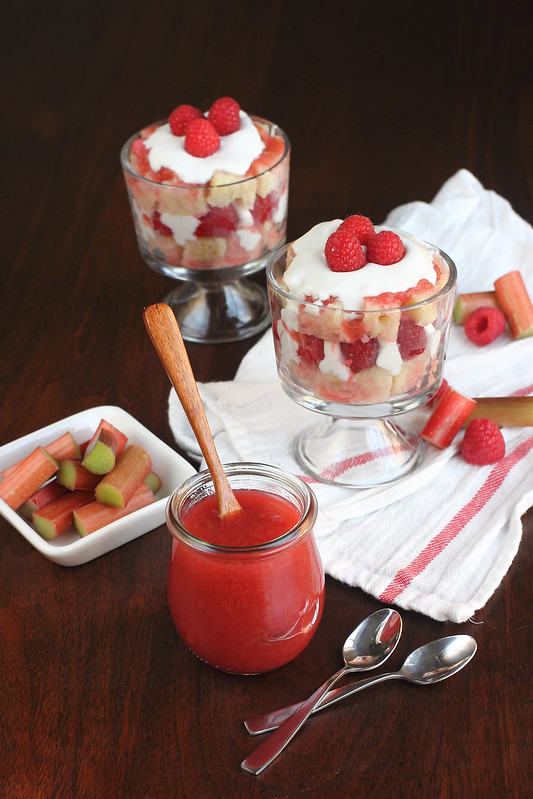 There’s something that’s so enticing about trifles. The layers, the colours, the fact that you can eat it with a spoon. Is that weird that I particular love desserts I can eat with a spoon? Sorbet, crÃ¨me brulÃ©e, the occasional pudding… sometimes forked desserts just don’t cut it for me.

My tastebuds are happy, my belly is happy. This trifle is basically happiness in a bowl. 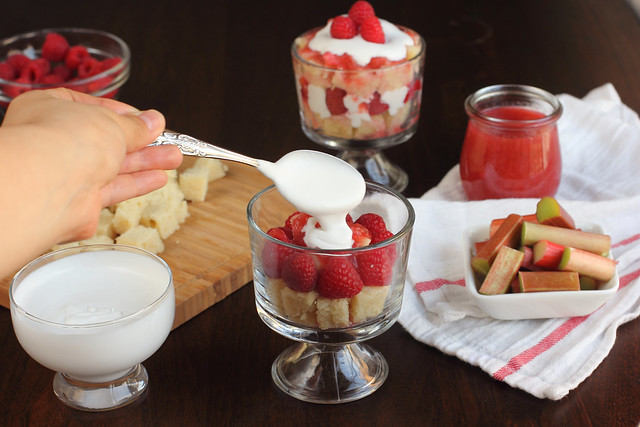 I’ve been obsessed with that rhubarb raspberry compÃ´te too. Putting it on coconut yogurt, on leftover cake, on toast, heck even just a spoonful here and there. It’s not too sweet, but packs enough tang to keep me wanting more. I actually learned a lot about rhubarb in the process. I’ve only worked with rhubarb a couple times before, but I definitely knew I love the flavour. Strawberry rhubarb pie is my favourite, followed by peach pie, and maybe pumpkin pie.

Rhubarb on it’s own doesn’t quite have the colour or flavour of pizazz, but pair it with a sweet berry like raspberry or strawberry, and add a little ginger zing? It’s amazing. Some people call it a fruit, but I’m still convinced it’s a vegetable. It’s like the tart version of celery that I’m not allergic to, and has toxic leaves (seriously, don’t eat rhubarb leaves). 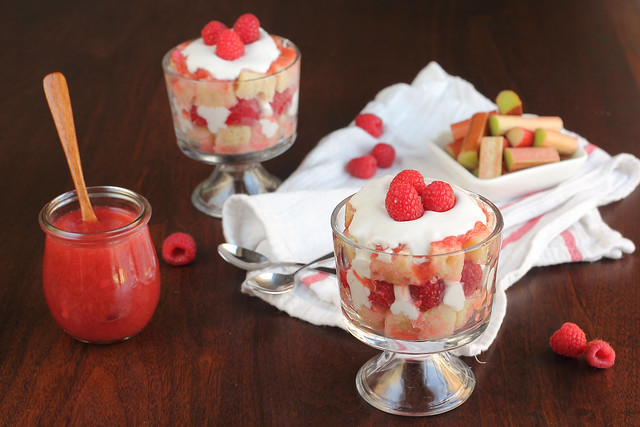 To see the recipe for the rhubarb raspberry compote, visit the recipe I developed forÂ Produce Made Simple, and if you want to make the trifle, the assembly instructions are on there too!