If all you care about are the vegan crispy lentil fritters, scroll down for the recipe.
If you want to be an awesome human being, please read this post.
TRIGGER WARNING: I mention sexual assault and victim blaming but there are no details. 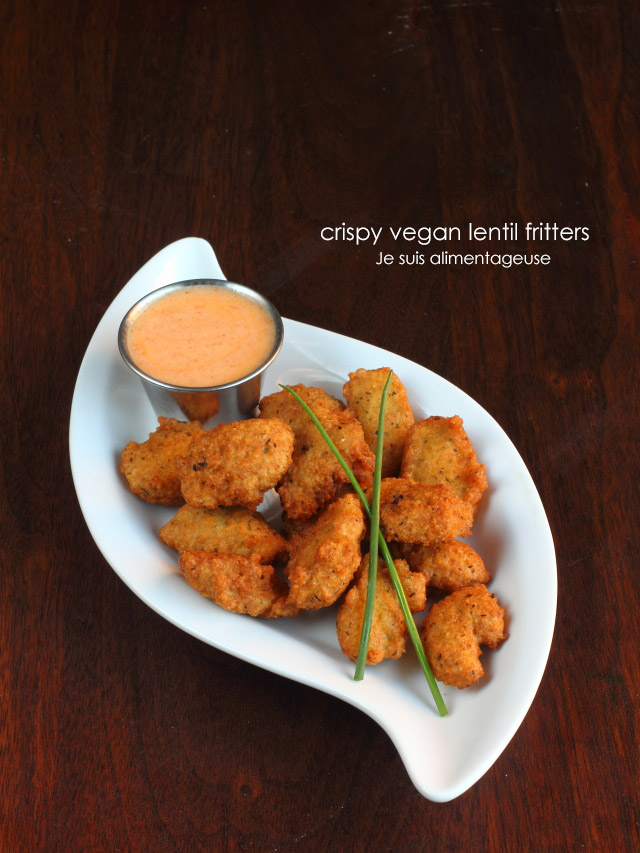 This first time I had ever met someone who told me she was a feminist, she struck fear into my heart. I’ll call her K. K was hilarious, fiercely opinionated, and very unafraid of saying whatever she pleased. We worked together for the city when I lived in Ottawa, and often we’d have to spend all day counting cars. I had one of those square counting boards with buttons indicating which direction cars were coming and going. It was a pretty mindless task to be done 8 hours a day, so we’d often have music or podcasts to pass the time, but I preferred simply to be talking to someone.

One day her friend visited us while we were working, and she was everything that the small town girl in me didn’t know how to handle. Ignorant 20-year-old me took notice little tufts of armpit hair peeking out from her T-shirt, and boxy plaid clothing with her slew of tattoos and piercings. Her bold presence took me aback and I didn’t know how to react. After she left, K simply said, “I love her! She’s such a rockin’ feminist.”

There was that word. Feminist. What did that mean to me? Back then, feminists were synonymous with lesbians, tomboys, manhaters, bra-burners, and newly-added to the list: people who didn’t like to shave. Whatever they were, I wasn’t.

K promptly plugged her earbuds back in and continued to count cars, bobbing her head to her music and I was left to mull over what feminists were. From what I knew, K was awesome. She was hilarious, super fun to work with (despite often telling me she didn’t want to talk anymore, not because she didn’t like me, but because she wanted quiet time), and all round a pretty awesome person. But it clashed with my perception of what feminism was. What did it mean to be a feminist? I’m sure she answered a couple questions later on then, but I still didn’t quite grasp the concept. But I knew to choose my words carefully around her, not in a bad way, but because I knew the smallest spark could rile her up and incite a rant about women’s rights and language.

Looking back on me then, I can’t help but cringe at myself. It’s only been about 4 years since that encounter, but I am ashamed that I had ever had such a narrow world view. I made snap judgements about people’s appearance, based on their personal grooming and clothing. It wasn’t that I thought I was better than they were or anything, I just interacted with them differently. Even treating people differently based on their appearances is not okay.

It wasn’t until I got to know more people at the Student Federation of the University of Ottawa that I had a better idea of what feminism was. To these strong-willed and fierce individuals, feminism is much more than women’s rights. Feminism, specifically fourth-wave feminism, is giving a voice to people who experience oppression. In history (or herstory), feminism was the fight to give women the right to vote. Giving the women of democracy the right to exercise democracy in the must fundamental way. As that wave of feminism crashed against the rocks of patriarchy, the rough barriers of voicelessness dissolved into sand.

But evidently the fight never stopped there. Women (cis-gender and especially trans-identified)Â are still not seen as equal today. Rape culture persists and victims of sexual abuse are still asked what they were wearing when they were assaulted. Revealing clothes or modest clothes, there are horrible individuals out there who make victims out of people, scantily clad or not, in neither case are these people deserving of that abuse.

My feminist journey continued into my Master’s degree, where I was enthralled with women and translation, and how women were translated across cultures. Languages like French and Spanish hold more importance to the gendered nouns and their relationship with other words. My new friends were fountains of information and knowledge, challenging my perspectives, giving me new ideas and points of view of an issue. 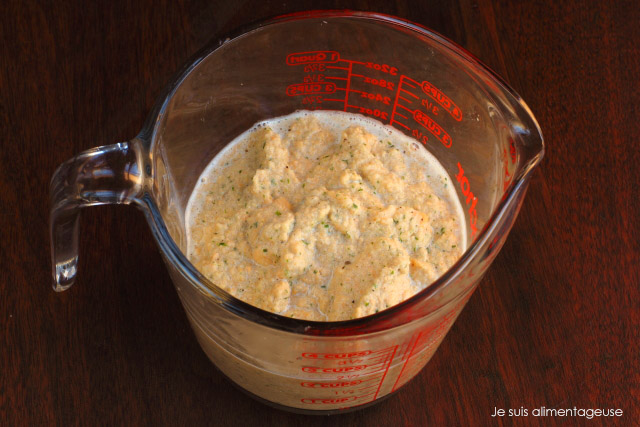 People of all identified genders, races, and ages should be able to walk down a street anytime of the day and feel safe. Not feeling safe on your way home from work/school/wherever is a horrible feeling. It’s that nugget of fear in between your heart and your stomach. It’s that jolt of adrenaline anytime you hear footsteps behind you and it’s dark. Fight or flight: I’m always prepared for both with my keys sprawled out between my fingers, ready to maim in self-defence. I have an escape route mapped out from wherever I am anytime I feel that prickle at the back of my neck. All the grade 9s female students at my high school had a mandatory self-defence class, but not for the male students. Do you ever take a step back and realize that cis-gendered women and anyone in the queer community feels that way so often that it is a normal instinct to feel unsafe? How messed up is that?

Feminism is challenging heteronormativity and heteronormative language.Why do we assume that everyone is straight and that any other sexual preference is considered abnormal? What IS normal? Who decided that long hair for women and short hair for men was “normal”? What does “feminine” mean? Does the fact the someone has a uterus and breasts give them an advantage or an inclination to perform fine motor functions like sewing or cooking? Or male genitalia indicate a vantage point for earning income in a sedentary world? Why say spokesman when you could easily say spokesperson? 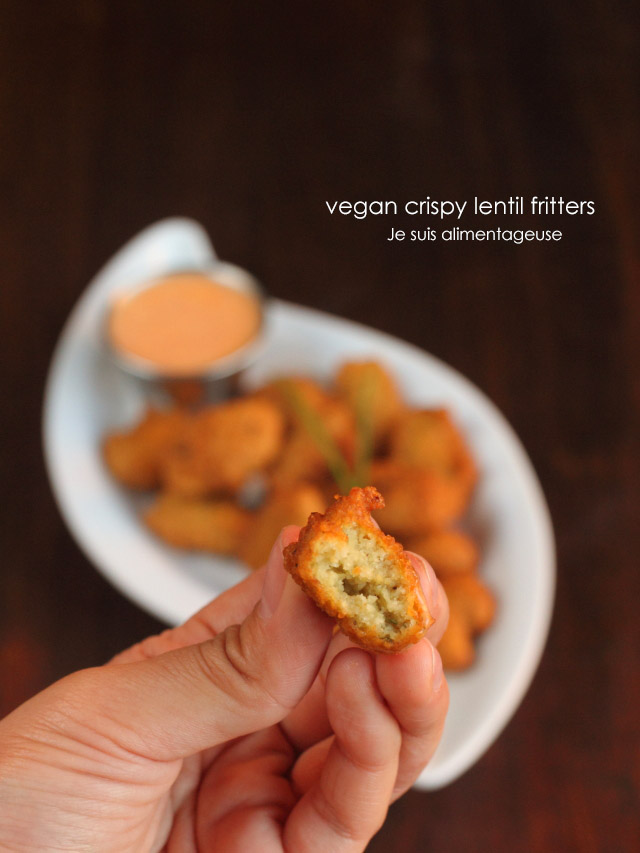 If this is a lot of information to take in, don’t worry. It took me 4 years to really spread my fem wings. If you have any questions or would like to raise a point in debate (please no derogatory language), I happily invite you to ask questions below in the comments or to email me directly.

Remember that not all feminists have the same ideals. Some prioritize certain issues differently, but in all cases, feminists simply want people to live without experiencing oppression. Anyone can be a feminist: cisgendered men and women, trans-identified men and women, or anyone in between (or outside) those binary identities. 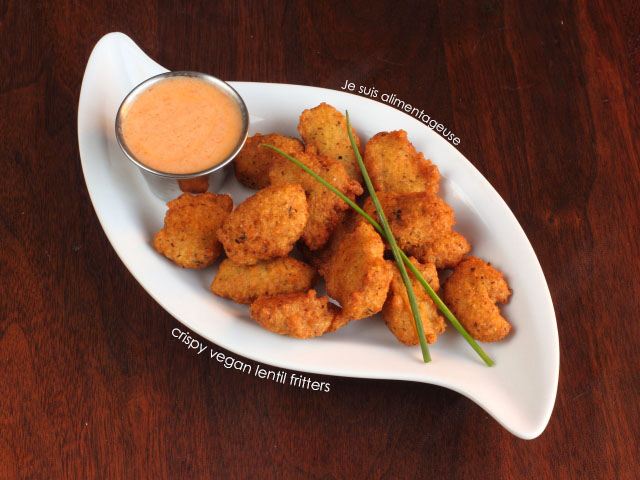 These vegan lentil fritters are crispy on the outside and soft and fluffy on the inside. Made with split red lentils, these are naturally gluten-free (provided that they’re not processed in a facility that also processes gluten products), low in fat, high in protein, fibre, iron, and potassium. Lentils are basically every vegan’s best friend.

These crispy vegan lentil fritters were first introduced to me at an event where I met Chef Michael Smith (aka the Lentil Hunter). Chef Michael Smith is a famous Canadian chef on the Food Network who has shows about cooking at home, easy cooking with great flavours, and just great for learning about how to make food in general.

When I met him, he was super TALL, very friendly about taking photos with us horrible fangirls, talking about food and being just an all round hilariously adorable guy who geeks out over food. He went to Dubai hunting for lentils, which by the way is one of Canada’s most exported foods because apparently Canada is the king of lentil farming. When he was in Dubai, he met with a chef who made these amazing lentil fritters that are basically just lentils and water, blended and fried.

So obviously I can’t take credit for this recipe, it’s adapted from the one used at the event and was given to me in a media package from Canadian Lentils. BUT you can totally play around with the flavours. Add some curry powder, paprika, harissa, soy sauce, tamari, WHATEVER your tastebuds want to mix up the recipe and flavours. I would love to see what you come up with.

Well, that’s all folks. Thanks for reading JSA! I hope back to be on my 2 post per week rhythm starting this week.