Disclaimer: This post is sponsored by SweeTango apples, all opinions are my own.
Thank you for reading and supporting The Viet Vegan =) 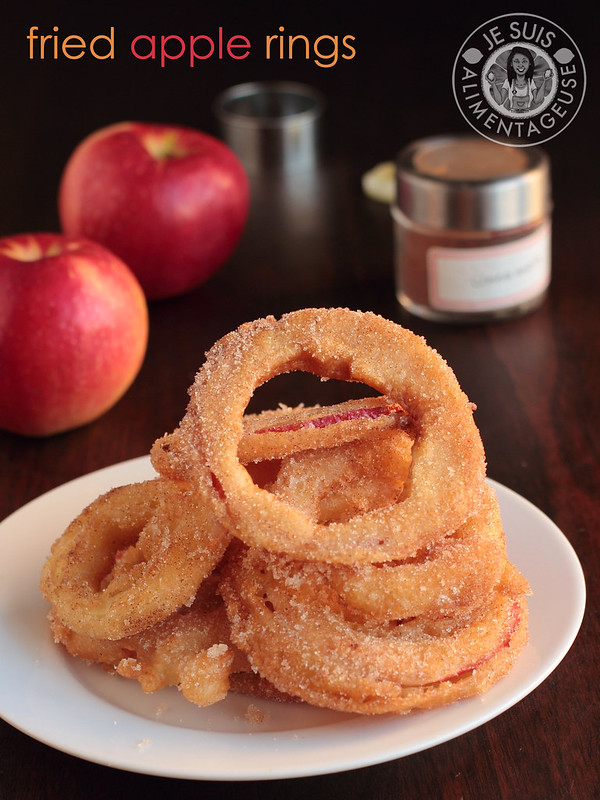 When I was younger, I used to be allergic to apples. It was awful. All the kids eating candy apples or caramel apples during Halloween, apple slices and caramel dip, basically the luxury of eating an apple off of the core was something I couldn’t enjoy. I could eat cooked apples as applesauce or in cake, but let’s be real, there’s nothing quite like taking a bite of a fresh apple.

Somehow I grew out of the allergy, and I’ve gotta say, apples are one of my favourite fruits. Living in Ontario, apples seem to be our signature fruit. Around this time of year, all the grocery stores are inundated with huge bushels of apples of every hue, shape, and size. It can be overwhelming to those who aren’t strictly loyal to a certain type of apple.

Some prefer more tart apples, some more robust. My favourite apples are always crunchy and crisp with a sweet and yet tart flavour. I know people who love any and all kind of apples, but this year I was introduced to SweeTango apples. They are exactly what I love about apples: crunchy, crisp, sweet, and tart. 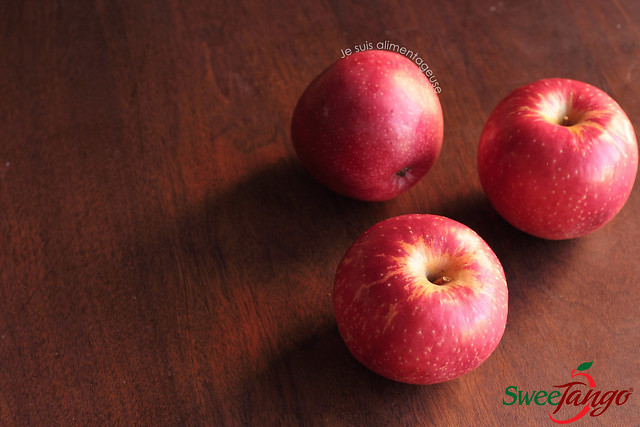 They’re so pretty too! I love the yellow flecks on them; I’ve never seen any other apple with the same colouring. SweeTango apples are grown in Nova Scotia and Quebec, as well as in the US. But the catch is that their season is super short: just over a month long.

These apples are fantastic on their own, but after doing some research about what I could do with apples that didn’t include turning them into pie or applesauce, I saw apple rings on Fortune Goodies that looks so fantastic, I knew I had to make them. Unfortunately, her recipe isn’t vegan, so I had to veganize it and tweak it a little bit. I added a bit more flour, swapped almond milk instead of dairy milk, used applesauce instead of eggs, and used SweeTango apples instead. Deep fried crunch with a cinnamon sugar coating. You need this in your life. 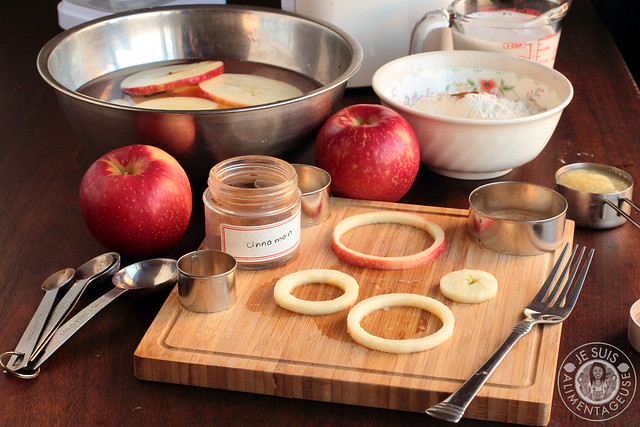 My roommate and I devoured these with the peace of mind that apples are healthy; and we chose to ignore that they were deep fried and covered in sugar. It’s okay. I ate zucchini and carrot noodles for dinner anyway, it all adds up right? In any case, I hope you guys enter the contest and try some SweeTango apples. They’re available both in Canada and the US so don’t worry ye American readers, you’ll get your taste of SweeTango too. 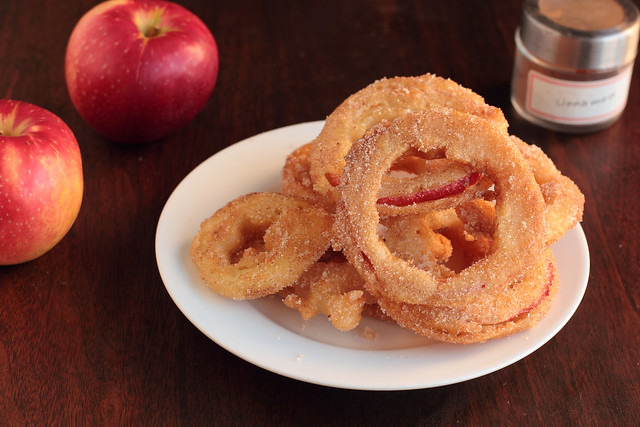 For the cinnamon sugar: 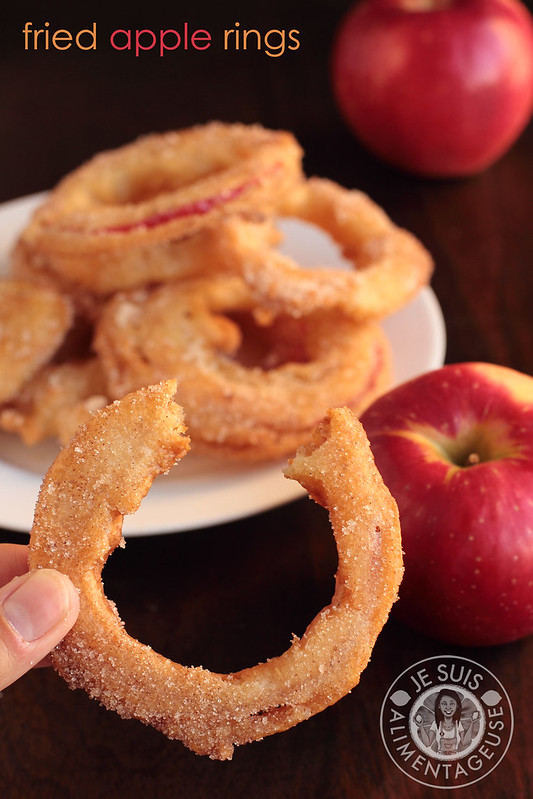