Don’t let social BBQs prevent you from eating delicious food.
These grilled portobello mushroom burgers are super easy to put together
and are packed with juicy flavour! 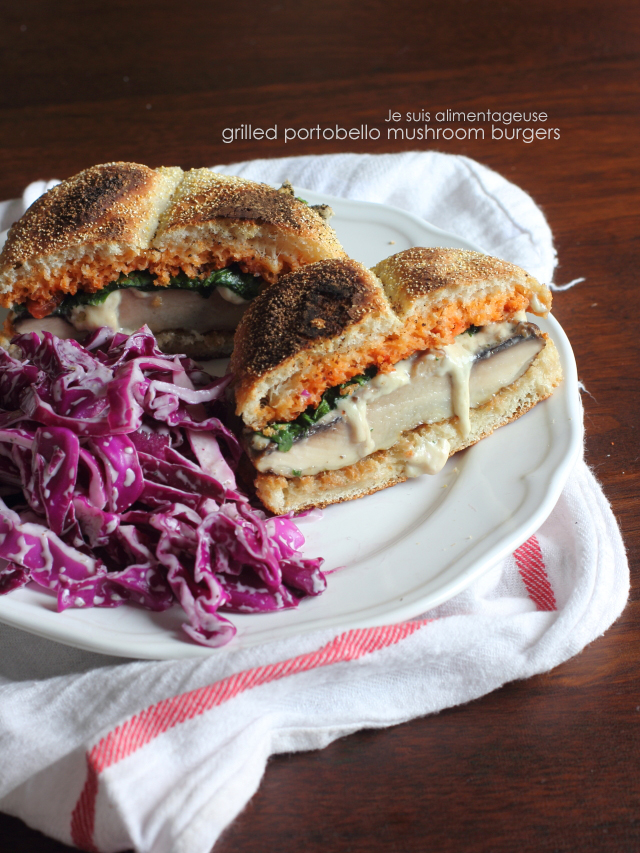 A couple posts ago I mentioned that since it’s been 6 years since I’ve been single and after last night, I’m pretty happy that I’m not single. So many awkward encounters, complicated social conduct at bars, and just not appealing people. The most interesting person last night was someone I met while I was waiting for some falafel. We had a conversation about turnips, because there were dark ones and light ones, and we assumed they were both picked but we didn’t know why the other ones were so dark (or more delicious looking).

But nobody cares about Turnip guy. Let’s talk about my awkward encounter.

So 10 o’clock, we’re at The Labyrinth Lounge, which is a bar connected to a great restaurant called The Future CafÃ© (which has decent vegan options, even with their desserts!). It’s full of people mostly around our age, some of them a little younger, some a little older. Mostly younger. I’m on the older end of the student spectrum now.

3 dollar whiskey shots, or 3.50 for a mixed drink. Not too shabby, right? I get one, but thenÂ my roommate gets a double for $6.50 and with that drink, it’s socially acceptable to tip $1. Whaaaaaat.

Not that I’m trying to rip off the bartender, but while its personally too much to tip $1 for my $3.50 drink, it’s skeevy to just tip 50 cents. Our drinks in hand, my friends and I found a dark corner table to converse, drink, and scout the room (I was the wingwoman for the night), I found the bottom of my glass sooner than I had hoped. 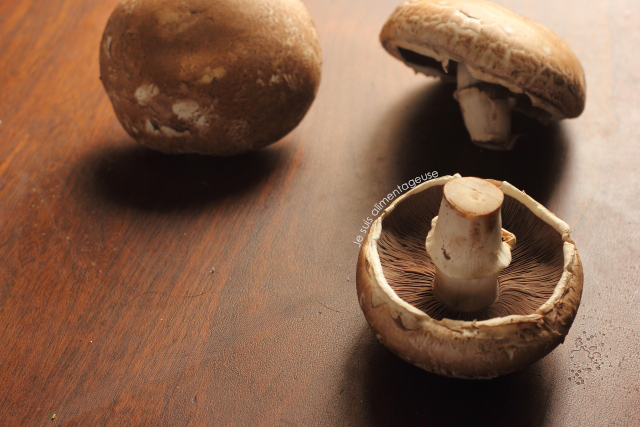 As I got up to the bar to get a second drink, a guy who looked like a combination between Abed from Community and Aneal from Big Brother Canada 1 (plaid, silly hat, awkward demeanour, let’s call him the guy in plaid) pulled me closer to the bar and asked me what I was drinking.

“A double whiskey and coke!” I felt like I had some secret knowledge that doubles were way better than singles. Which they are in almost every context.

“Damnit, see I told you we should have gotten doubles!” said the guy in plaid to his friend.

“I like banging for bucks?” with a hopeful grin. His friend chortles. 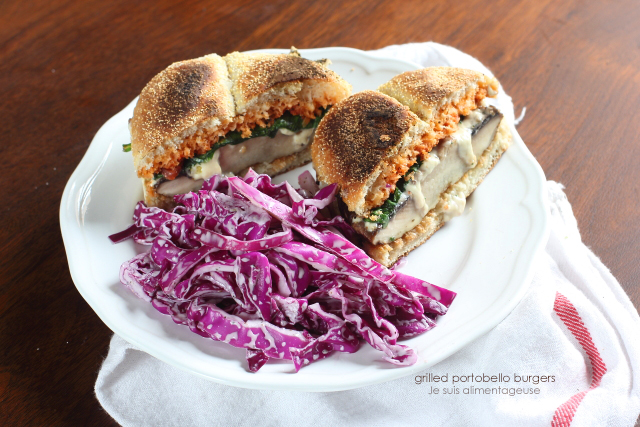 “DAAANNNG YOU GOT TOLD!” (in retrospect, his friend is an awful wingman).

“So… what are you drinking?” saysÂ the guy in plaid.

I hate repeating myself, but I do anyway. “Double whiskey and coke.”

The bartender hands them their drinks, waiting for them to pay. The guy in plaid’s friend plans to capitalize on this opportunity by saying “Hey, if you’re going to get that girl a drink, you should get me one too!”

“Haha, alright, fine.” He pays for his friend’s drink, then there’s an awkward silence between the three of us and the bartender looks at me expectantly.

I look at the guy in plaid, “Wait…so what’s happening. Are you buying me a drink…?”

“Are we gonna make out?” again with the hopeful grin.

The guy in plaidÂ and his friend walk away, only overhearing “What the hell?” from his friend before the music drowns them out.

The bartender looks at me, and all I say is “Double whiskey and coke, please.”

I used a mini George Foreman grill because I live in an apartment and that's all I've got, but if you have an actual grill, you should totally use that for extra smokey deliciousness.