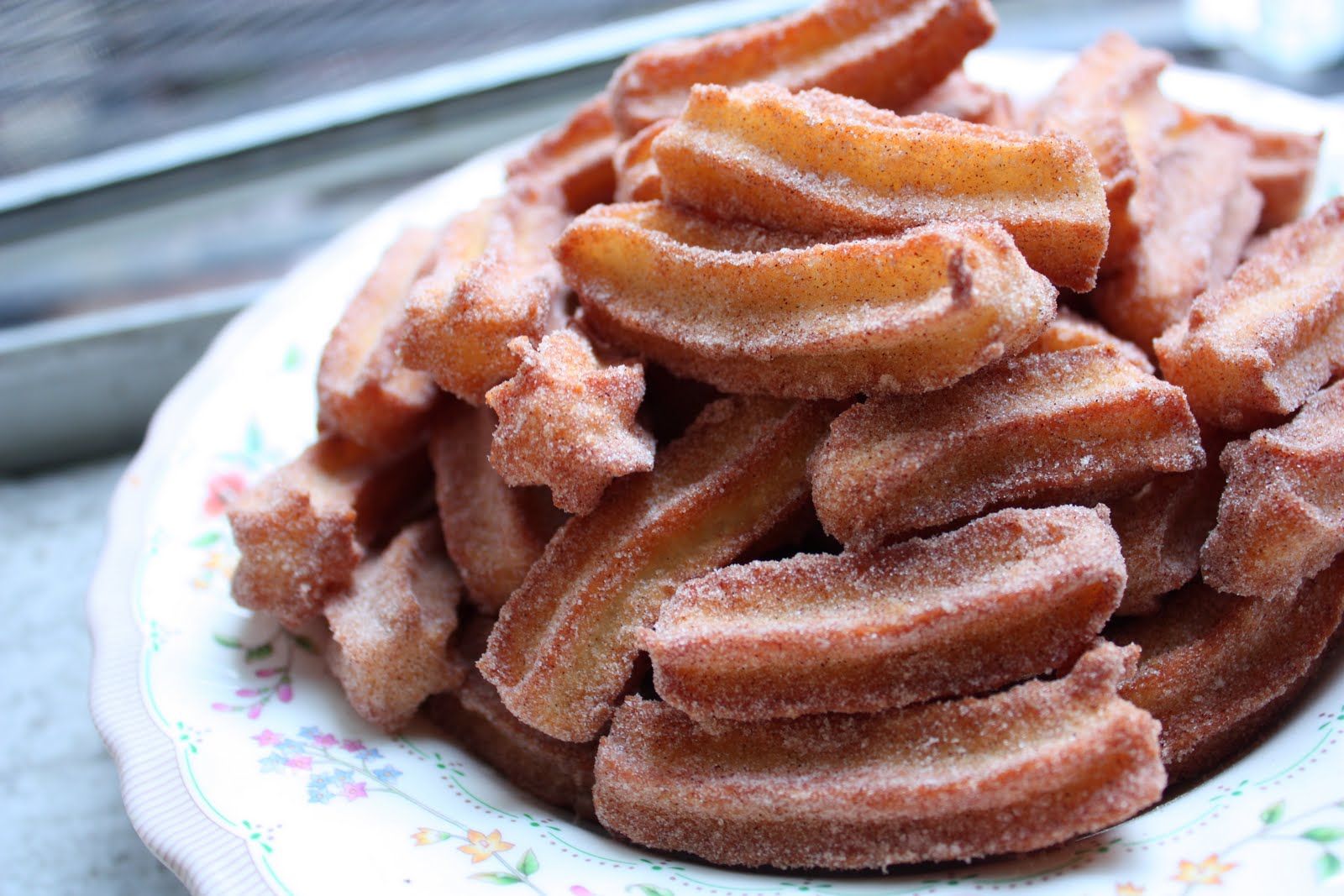 As some of you may know, my degree-in-process is Spanish-French-English translation with a minor in Spanish. Despite taking all my Spanish courses, I’m not super educated on Spanish food. One example of such is the crispy, sugary, cinnamony churro. In this case, two-bite churros!

It’s actually surprisingly easy to make these. It’s just mixing dough together and then piping them into hot oil. They’re surprisingly addicting because I made them small enough that you can eat them in two bites. Something about the cinnamony crunch makes it sooo yummy, especially with milk. Or maybe even coffee. 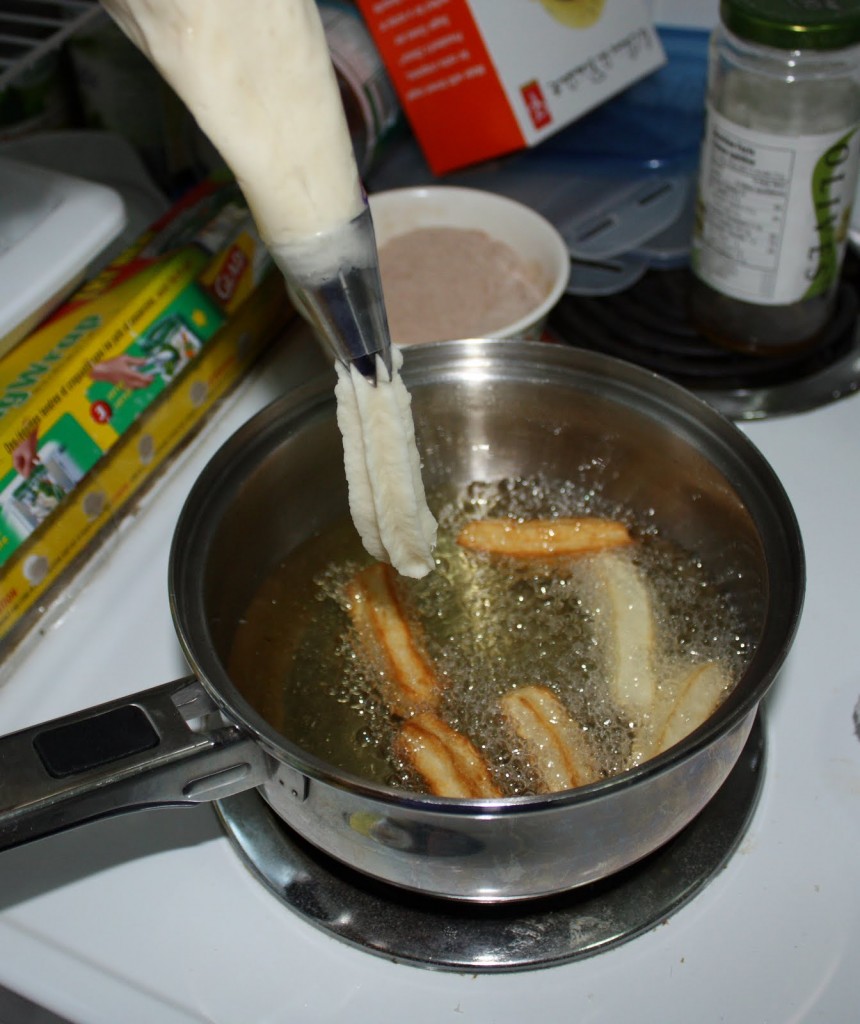