Vegan Blueberry Cobbler bakes down the sweet, blueberries you love
studded with a layer of sweet, fluffy biscuits. 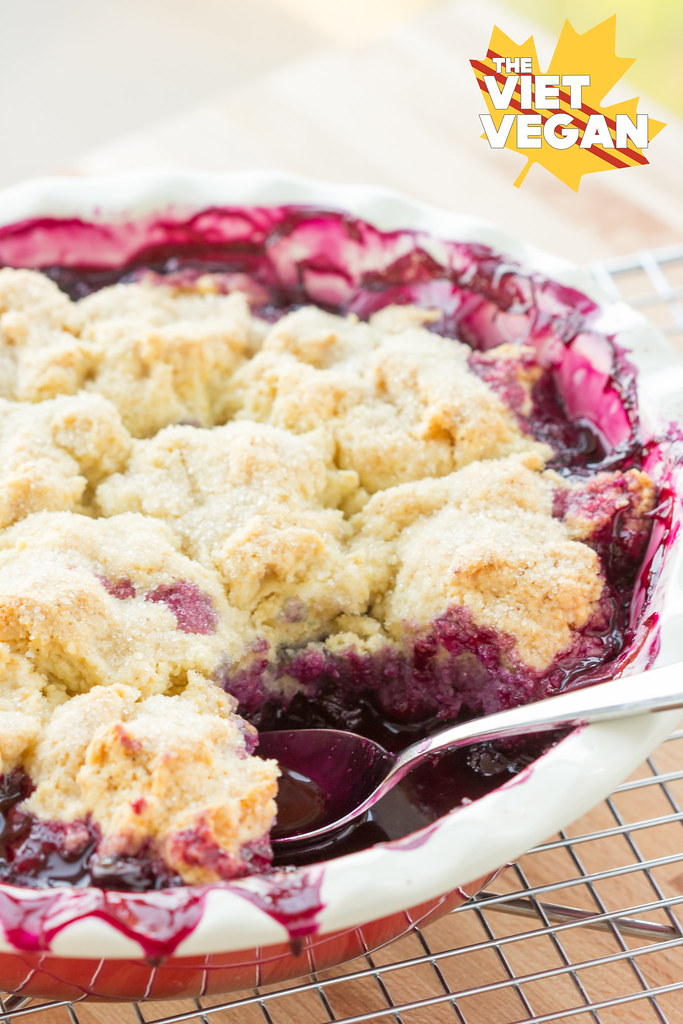 EDIT: Feb 16, 2016 — If you’ve stumbled upon this post randomly or because you just want some bomb-ass blueberry cobbler and you’re not quite sure what’s happening here, this was a semi-cryptic post about my break-up with my long-term partner of six years. He was a genuine guy, a great partner, and one of the nicest people I’ve ever met. I think we both learned a lot from this relationship, but most importantly, we learned that we weren’t right for each other. Despite how much you fight for each other, sometimes love just isn’t enough.

The subsequent posts are cryptic, but are posts that had helped me cope with the breakup, with finding myself, and with meeting new people. I also shared my ED story, which manifested as a way for me to control something in my life when I felt like everything was out of control.

If you don’t care about any of this, that’s totally cool. This is my favourite cobbler recipe, I’ve made it at least a dozen times. So scroll down for the recipe, and if you’re ever curious about the beginning of a new chapter in my life, this is a good place to start. Kind of like the prelude to the (SPOILER ALERT) current nerdy love story of my life.

Sometimes when I put out posts, I often feel like nobody is reading. There are a host of people out there who only come here for the recipes, which while I appreciate the traffic, my blog is so much more than that. Some people are lurkers, they prefer to read anonymously and observe a fragment of my life, perhaps because they know me but probably because I’m this stubborn girl on the Internet that shares her feelings publicly. 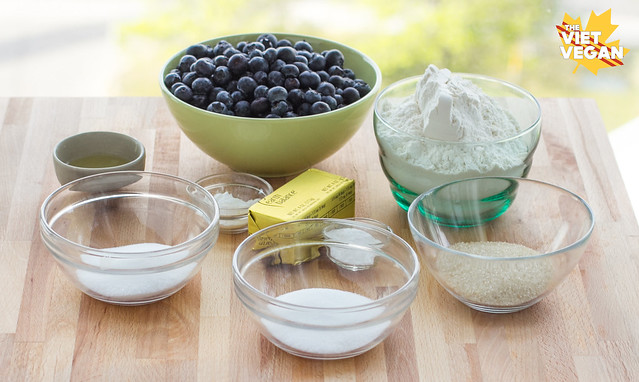 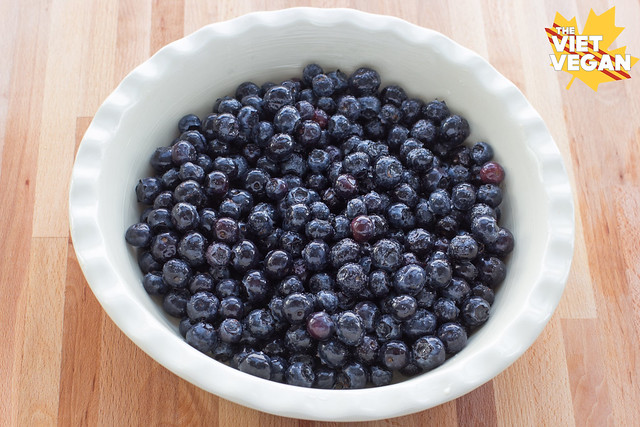 It’s probably the latter, but that’s okay. I don’t mind. Thank you for being here.

The last six weeks of my life have been simultaneously the longest and shortest of my life. My life has been shaken up, turned upside down and strewn across the floor. I’m trying to pick up the pieces of my heart, my life, and my sense of self from these broken pieces on the floor and piecing together a person I hardly recognize in the mirror. 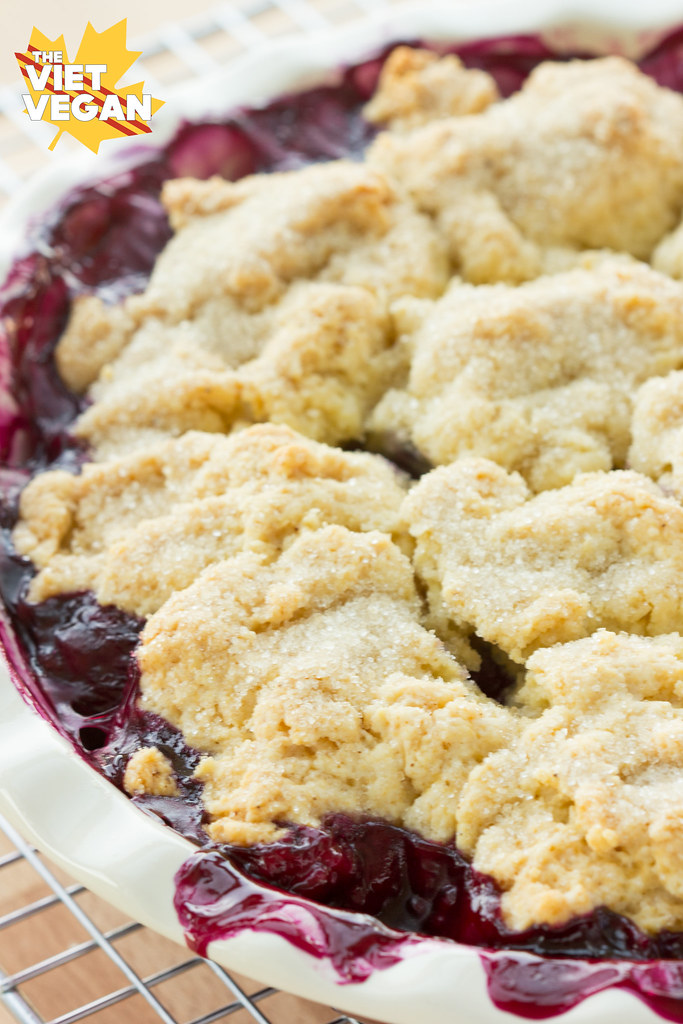 Today I come to terms with the fact that a massive chapter of my life has come to an end. 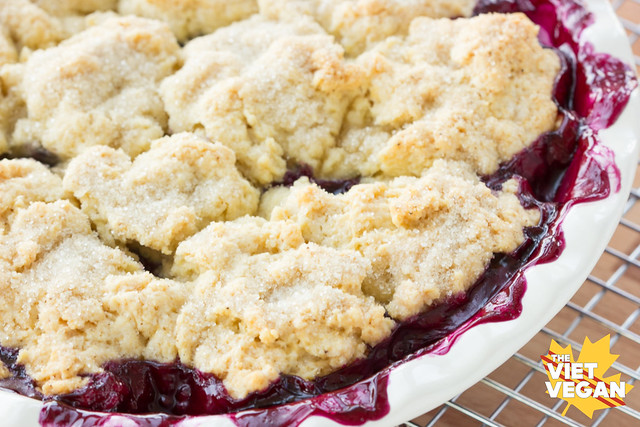 I simultaneously lost my best friend and a sense of self that has been a part of me for 6 years. I’ve been coping with the idea that my life is no longer going where I had been planning for the last 6 years and at first, it was an overwhelming sense of being scared, lost and broken. For a while, I didn’t know if I could be the person I was before. But I’ve been rediscovering. I’ve been healing, not only my heart, but on the outside as well.

Things had been going wrong for so long so gradually that I didn’t realize the toll it was taking on my body. I lost a light in myself, trying to save it all. Losing sleep, losing happiness, losing health. It was instantaneous, this release. Two weeks later and my hands have almost completely healed. My skin has still seen better days but I haven’t seen this immediate of an improvement since when I went vegetarian. 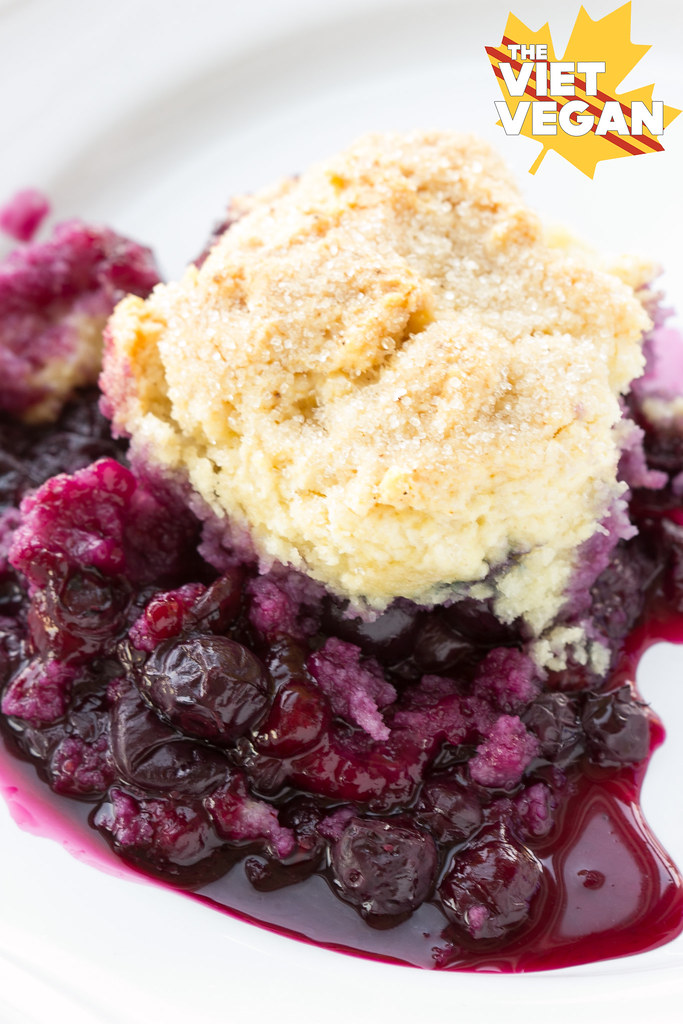 A part of me will always love him. A part of him will always be with me. I am sad to be where I am, but I’m optimistic about what the future brings to me. Some people were just not meant to be, and it took me a very long time to realize it.