Vegan caramelized banana peanut butter ice cream
for those days where you want something creamy and sweet. 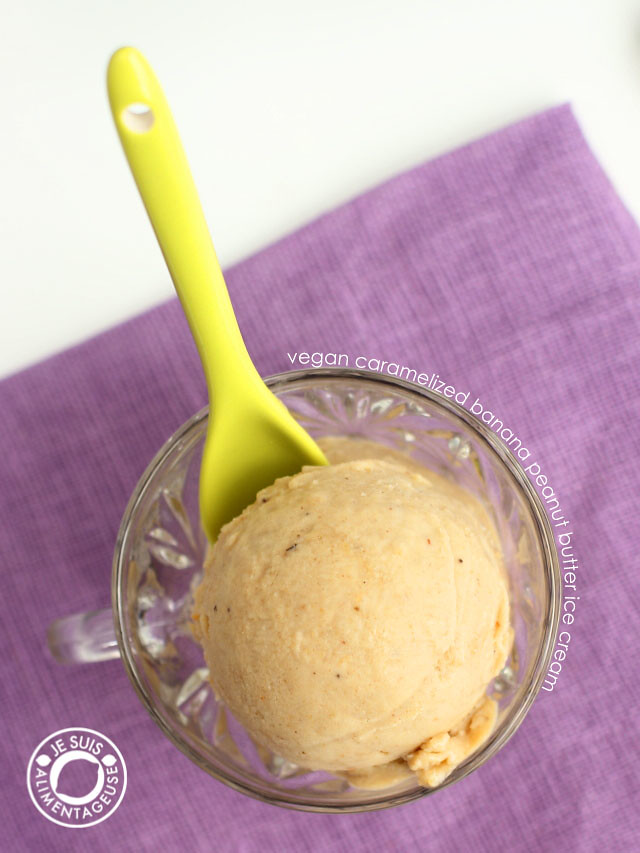 Nothing’s more depressing than being turd-tastically sick with clogged sinuses and a nose rubbed raw with 70-cent boxed tissues. My body hasn’t acclimatized to the warmer weather yet and soup and hot tea is far too warm for my body to handle right now. So I made some ice cream to soothe my throat and to use up the 6 overripe bananas I had. Yes, I realize it’s ridiculous that I had 6 overripe bananas, but it was a large bunch and they all ripened so fast ><. 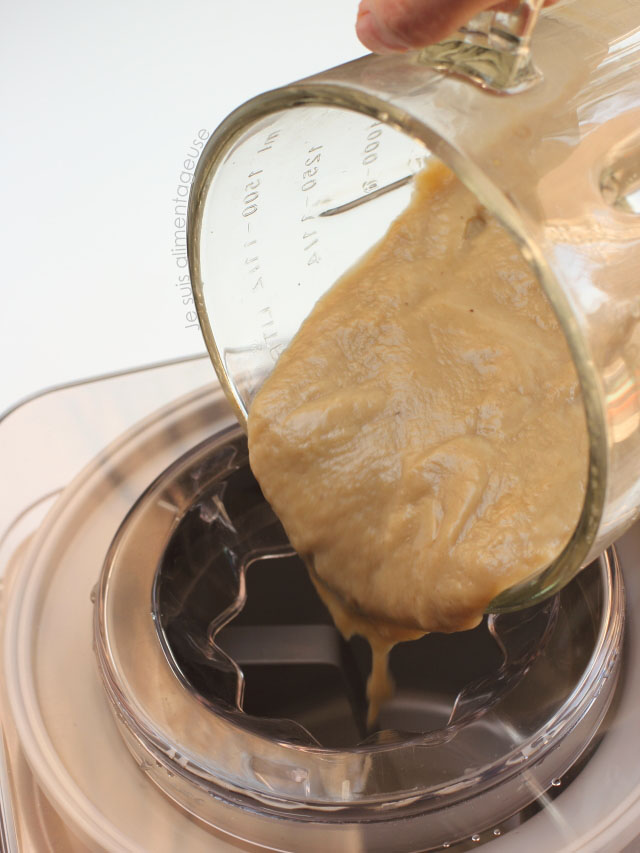 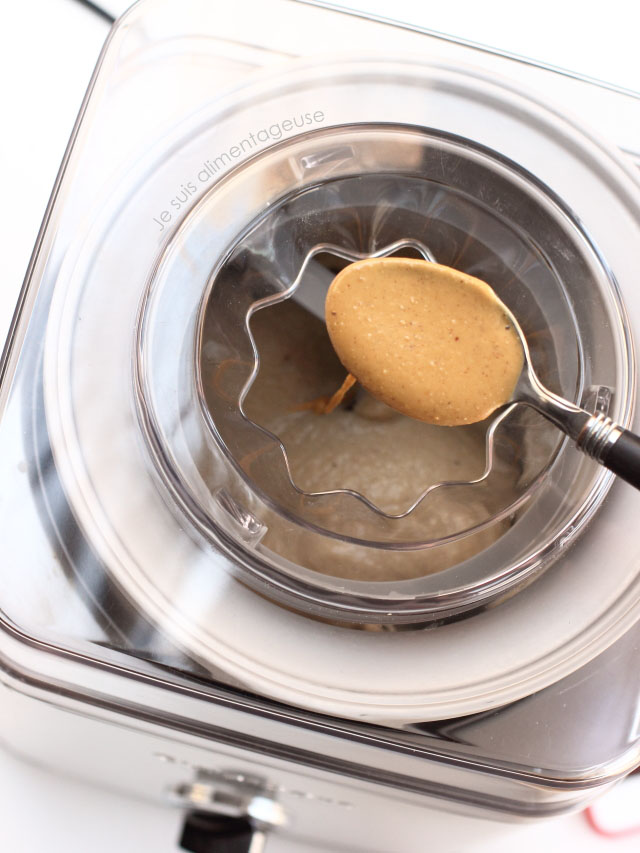 It’s light, creamy and smooth, and has a lingering peanut butter flavour that makes this like a banana peanut butter sandwich. Caramelizing makes it just a tinge sweeter, but you can skip that if you don’t care for the extra step. In any case, just purÃ©e the bananas with milk, coconut oil, and agave and throw it into the ice cream machine. I initially wanted peanut butter swirls in the ice cream, but I went and added it too soon. If you like the swirl, try adding it when you are transferring the frozen goodness into a pan to set in the freezer. That way you can swirl it by hand instead of accidentally having the machine mix it completely into the ice cream. 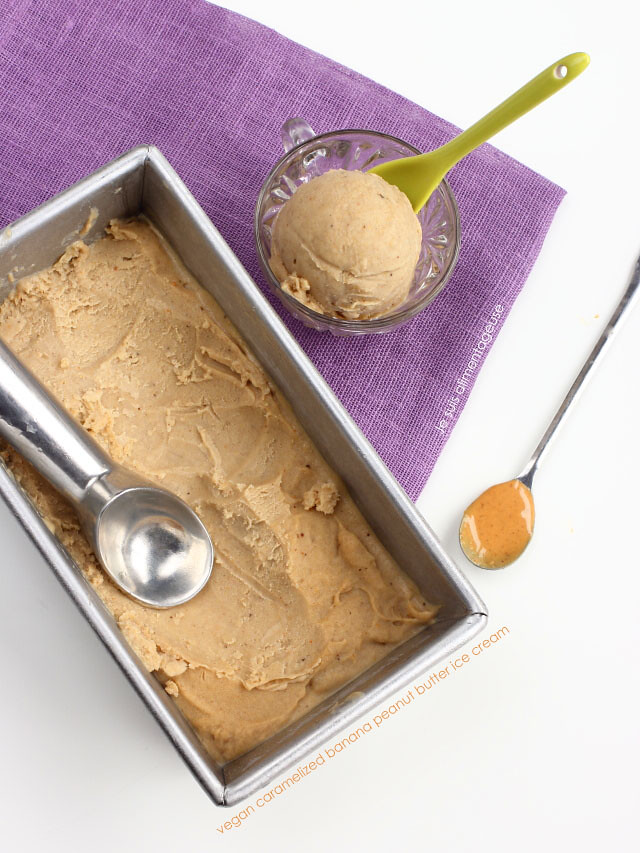 Whoops. Â In any case. This should soothe my throat through the rest of the week while I cough and hack myself to sleep.