Disclaimer: I was compensated to develop this recipe for Veggemo! I love supporting vegan companies, and this one has a savoury taste to it (the unsweetened one that is) and is great for cooking :) Thank you for reading and supporting my blog!

It’s Thanksgiving season and that means I yet again struggle to assimilate into Canadian culture to celebrate because I think I’ve attended a grand total of 4 Canadian Thanksgiving dinners in my lifetime, the other times it’s just my family spending a long weekend together and I awkwardly sit in the corner eating mashed potatoes while my family eats a very dry-looking turkey.

Some people on YouTube asked me to do Thanksgiving sides and while I feel like a ton of people make mashed potatoes vegan really easily, I wanted to share my tips for ULTRA CREAMY and not gluey mashed potatoes and a new favourite of mine: creamed spinach!

Honestly the trick to amazing mashed potatoes is using the right kind of potatoes. I’ve seen people use white potatoes, russet potatoes, red potatoes—the ULTIMATE mashed potatoes are made with yellow potatoes. They’re less starchy and just have a creamier, more buttery texture to them naturally. So once you have the right potato, cook it right. That means you boil until they fall off the fork and are buttery when you try a piece. Then when you’re mashing them, use just a heaping spoonful (about 2 tbsp) of vegan butter, and a good glug of non-dairy milk like Veggemo (I use the unsweetened stuff). I’ve seen people use other plant milks just fine, but I’m allergic to nuts, and I don’t want a soy flavour for this mash. Since Veggemo is made with potatoes, peas, and tapioca starch, it already blends in super well with mashed potatoes. Like any other non-dairy milk, you just use Veggemo like dairy milk :) 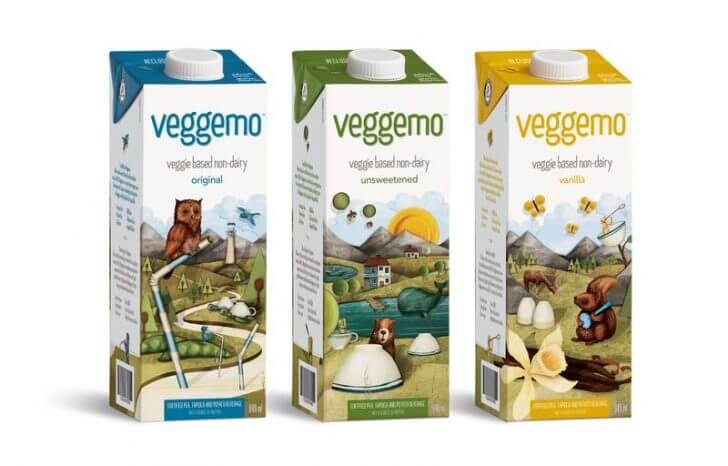 I also experimented a bunch with creamed spinach and found kind of labour intensive recipes online, so I wanted to make a super easy version for you guys. No blanching, ice baths, or anything. Just one pan, 10 minutes and some fast hands! I have really started to love creamy, silky cooked spinach a lot lately. I tried it a couple vlogs ago when I went to the farmer’s market, and I’ve been obsessed with saucy, savoury spinach ever since.

In this week’s video, I also taste tested the Gardein Holiday Roast. I would have loved more stuffing (because let’s be real, the stuffing is the best part), but having potatoes, creamed spinach, and the gravy from the roast package was honestly an amazing Thanksgiving dinner that was filling enough to satisfy but not so filling that you get itis. I’ve also been really burnt out from a hectic week, but I should have more delicious recipes coming your way soon. :)

Alternatively for the creamed spinach, you can blanch the spinach first, drain, and shock into an ice bath, then roughly chop and squeeze out extra moisture. Stir it into the roux sauce and adjust seasoning as desired. It just won't be as warm but it will be a thicker consistency than if you cooked it without blanching and draining.