I’M AT BAND CAMP! So I had my friend Sandra from Vegan Mother Hubbard take over for the week, please leave comments and tell her how awesome she is. Because she’s awesome. 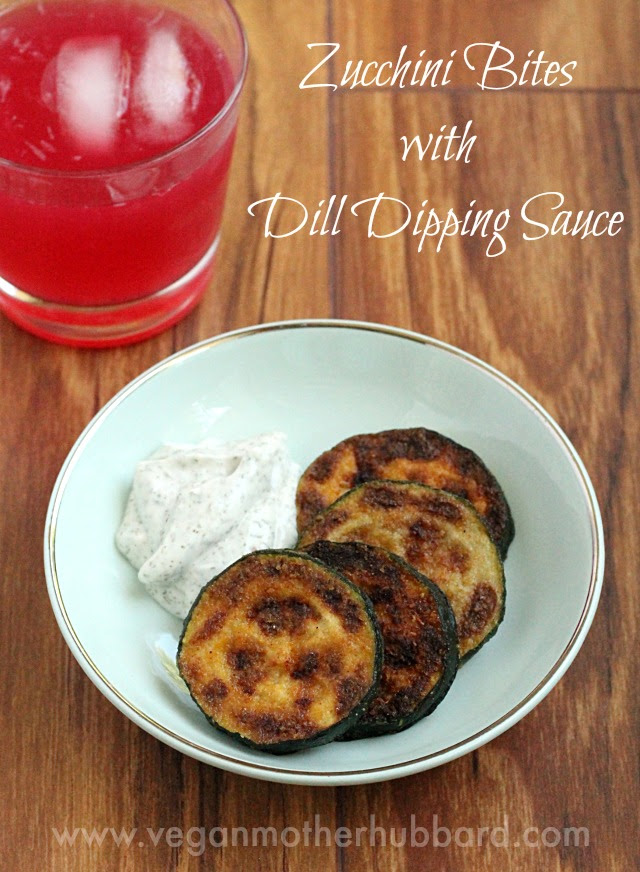 Hello! I’m Sandra and I writeÂ Vegan Mother Hubbard. I’m happy to be here on Je suis alimentageuse today. Thanks for letting me take over your space today, Lisa!Â I have a recipe for delicious, vegan Zucchini Bites with Dill Dipping Sauce. For more of my recipes, check out myÂ recipe index.

Last Saturday I was zucchini-ed. August in Wisconsin means abundant zucchini in the garden, and friends who are always looking to give a few zucchini to a good home. I’d been brainstorming recipe ideas for thisÂ post, and when I pulled up to my house and saw the zucchini sitting on the front porch, I knew just what I wanted to make: fried zucchini. 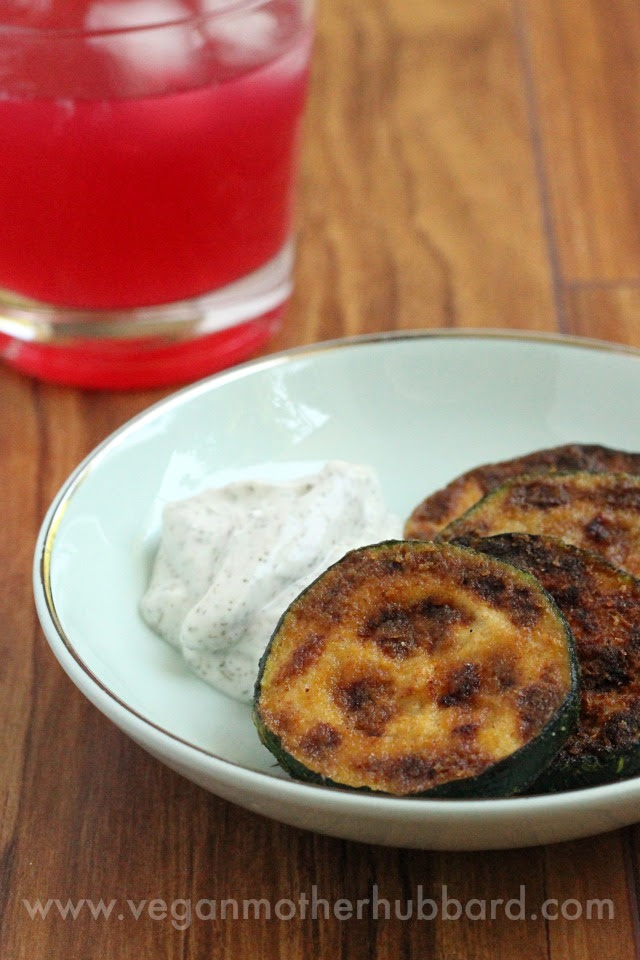 I originally thought of these zucchini bites as an appetizer. Then, when I was snacking on them, after I photographed them, I started brainstorming other ways to serve them. They would make a tasty addition to a salad; you could even use the dipping sauce as the salad dressing. You could tuck them into a sandwich with some hummus and fresh vegetables. Make them part of a rice or quinoa bowl. Try them on top of a casserole. They’d even be a tasty accompaniment to scrambled tofu at your next brunch. So many options from such a simple recipe. 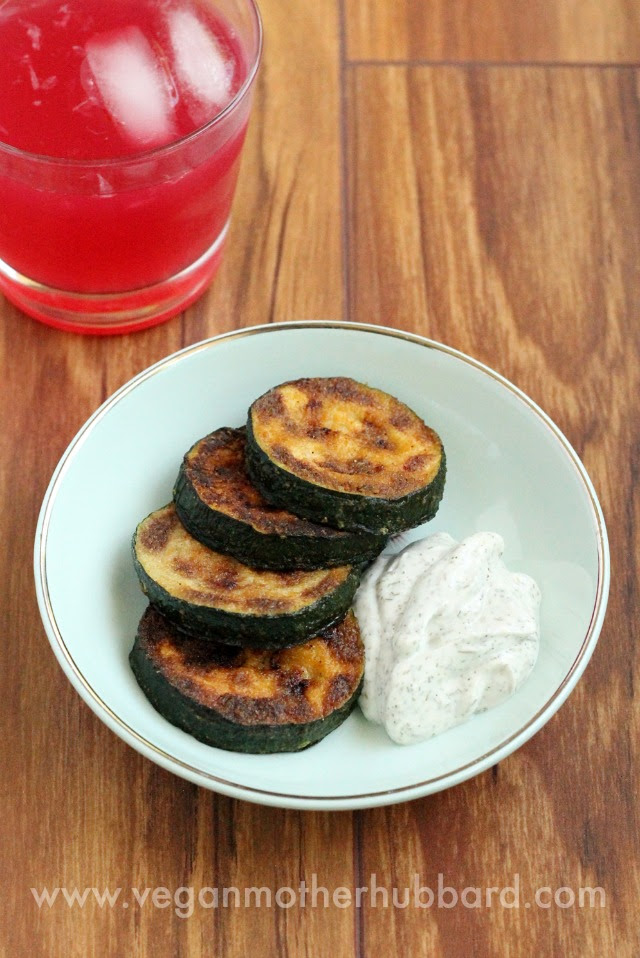 One last note, before I get to the recipe: If you want crispier zucchini bites, cut the slices thinner. For a softer texture, cut the pieces a little thicker (the ones shown are on the softer side and are about 3/8 inch thick). Because zucchini varies so drastically in size, and so will your slices, you may have more breading than you need. You can freeze the extra. Pull it out when you want to make another batch. Easy!

*If you are using a very large zucchini, cut it in half lengthwise. Use a spoon to scoop out the seeds, then cut the slices. You'll have half moon shapes, rather than rounds, but the recipe will work just fine.

Sandra Kohlmann is an art major turned food and mom blogger. Sheâ€™s married to her college sweetheart, Steve. Together they are raising their kids to be vegan superheroes; galavanting around Wisconsin to see waterfalls, forests, and the worldâ€™s largest penny; and watching old science fiction on Netflix. You can usually find Sandra in the kitchen, up to her elbows in cooking and baking projects. Or check her out on: