Make a vegan BLT on a Montreal bagel to spruce up this regular diner staple. 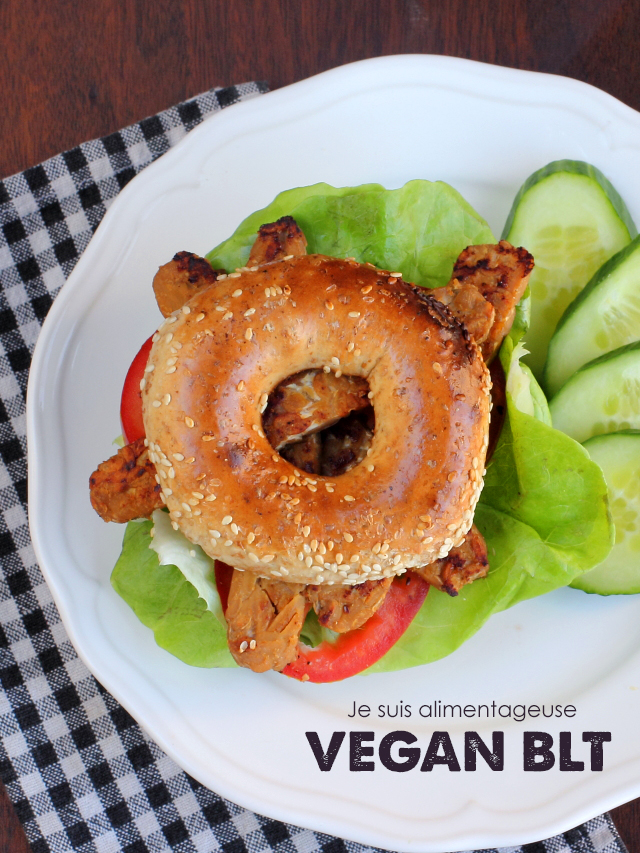 So you may have noticed my blog schedule has been a bit off lately, I’ll be revamping my schedule once the dust settles. My new roommate just moved in, I’ve been working extra shifts because rent sucks and I bought some new furniture. I’ve been sleeping on a futon for 5 years now and I’m pretty sure it’s time to upgrade to an actual bed. Assembling IKEA stuff isn’t that hard, but holy crow sometimes it’s just being difficult. Two hours to assemble a dresser, two hours to reorganize my closet and clothes last week, then 4 hours to assemble my bed and struggle to flip my mattress onto it last night.Â I didn’t get it delivered until 7 so all I wanted to do was go to bed but I had to assemble it first.

Not one of the most fun moments of my life but it felt pretty empowering to assemble my furniture and reorganize my room. I love my new space and I’ve caught onto the organizing bug. I’ve always been kind of a pack rat and I feel guilty about tossing things that people give to me, but ever since I moved out in 2008 for school with a car full of my worldly possessions, I’ve now accumulated a massive amount of stuff.

How did I get so much stuff?

Greeting cards, photos, newspapers, magazines, books, drawings, random knick knacks and gifts… I felt guilty with every gifted pen, bag, or ill-fitting shirt I threw away or donated. Like I was personally insulting each one.

I’m about 80% done with the reorganizing. Now I have to tackle my makeup shelf/drawer, my cluttered desk and my living room and I’ll be back on track with three posts a week and hopefully a steady income from whatever job(s) I’ll be working. 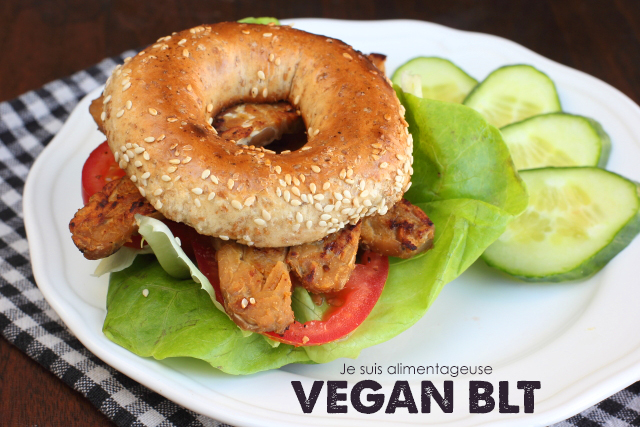 In the meantime, enjoy this super simple BLT. I felt a little silly posting it because it’s not much of me cooking than just cutting and assembling.

Montreal bagels are one of my favourite things, and I found a local bakery that makes vegan Montreal bagels! They only had the whole wheat and flax without eggs and dairy, but I’m totally okay with that. MOAR FIBRE PLZ.

This week I’m seeing the finished films for whichÂ I did the craft services (in non-film lingo, I basically did the on-location catering for 10-30 people for about a week per film). I’m pretty excited but also stressed out because I’m ALSO going to Miami to BlogHer Food this weekend! I’ve never been to Florida before and I’m jazzed about meeting a bunch of other food bloggers. MY PEOPLE!!

If you’re coming this weekend to BHF, say hi!Â Sometimes I’m awkward and quiet in large groups of people and sometimes I like to shout and be obnoxious to be the centre of attention, but in either case, I’ll be excited to meet you =)