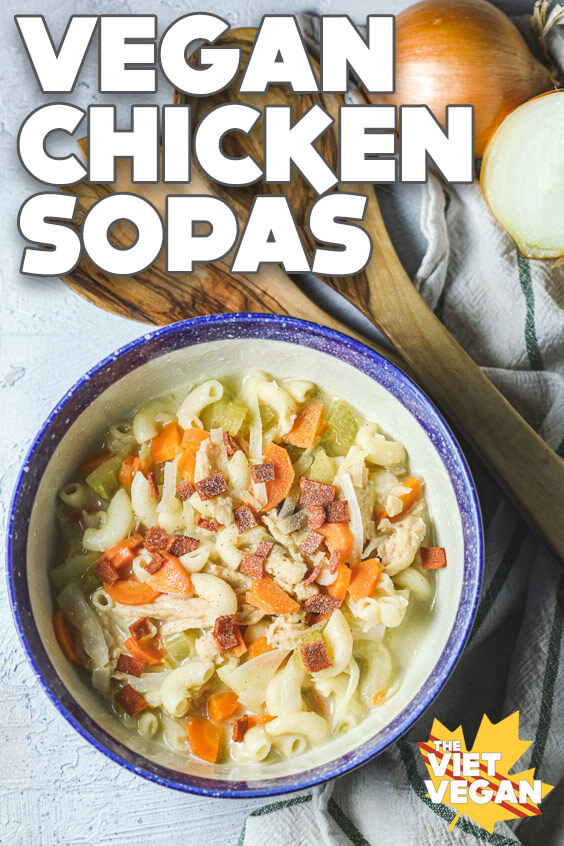 Today’s recipe is another veganized Filipino recipe inspired by Janelle: Chicken Sopas! This is something Janelle grew up eating as comfort food, and surprisingly enough, there is a Vietnamese equivalent dish as well! Vietnamese macaroni soup is often made with pork or chicken, but it’s just another method of extracting a lot of flavour from bones and leftovers. Obviously as a vegan, that’s not something I really need to do, but there’s no denying that macaroni soup is very much a nostalgic and comforting soup! The Filipino version uses rotisserie chicken, chicken broth, bacon and evaporated milk to create the base of the soup, and I veganized it with a few simple ingredients!

First, I used soy curls, which are pressed and dehydrated whole soy beans, then layered to create this unique texture that is reminiscent of chicken. Since I don’t have any bones to create the base of the soup, I used mushroom broth powder, but you could also use dried mushrooms and vegetable broth to get that same depth of flavour. I used vegan bacon, but since it didn’t really provide much in terms of flavouring the fat of the soup, this is totally optional, but it was really good as a topper anyway, so I left it in the instructions. If you want to infuse the soup with some of that bacon-y smokey flavour, I suggest cooking the veggie bacon with the vegan butter to infuse the butter, then remove the crisped bacon afterwards, and continue using the butter like in the recipe video.

Since veggie bacon tends to be fairly absorbent though, you might find yourself needing to use extra butter since it might get soaked up as the veggie bacon crisps. 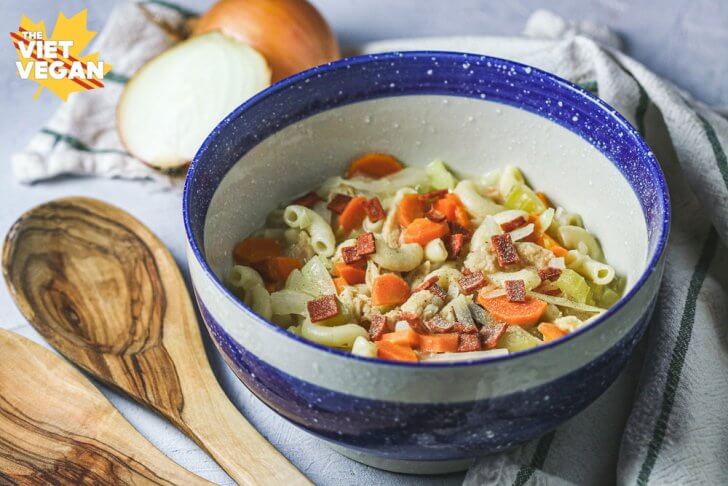 I hope you try this vegan chicken sopas and get a taste for Janelle’s comfort food for yourself :)