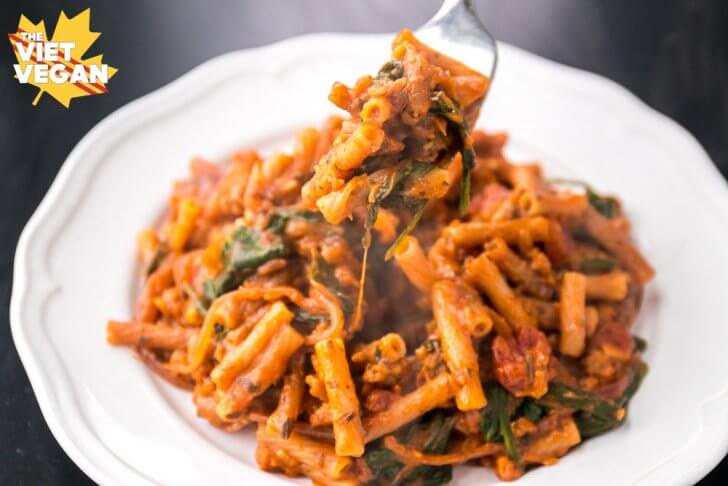 I always wanted to try making a one pot pasta recipe, but with me being vegan and gluten-free now, I felt hesitant that I’d be able to make it work. Out of sheer laziness I decided to just wing it and try it once and surprisingly it worked out really well. Eddie scarfed his first serving and almost inhaled the second, then proceeded to tell me that I needed to make a video about this (one so that I’d have the recipe for later, but also I think he just wanted to eat it again =P).

So you have Eddie to thank for this vegan, gluten-free one pot pasta, because I probably would have forgotten the recipe by the time I got around to doing it again.

Now onto some oversharing. 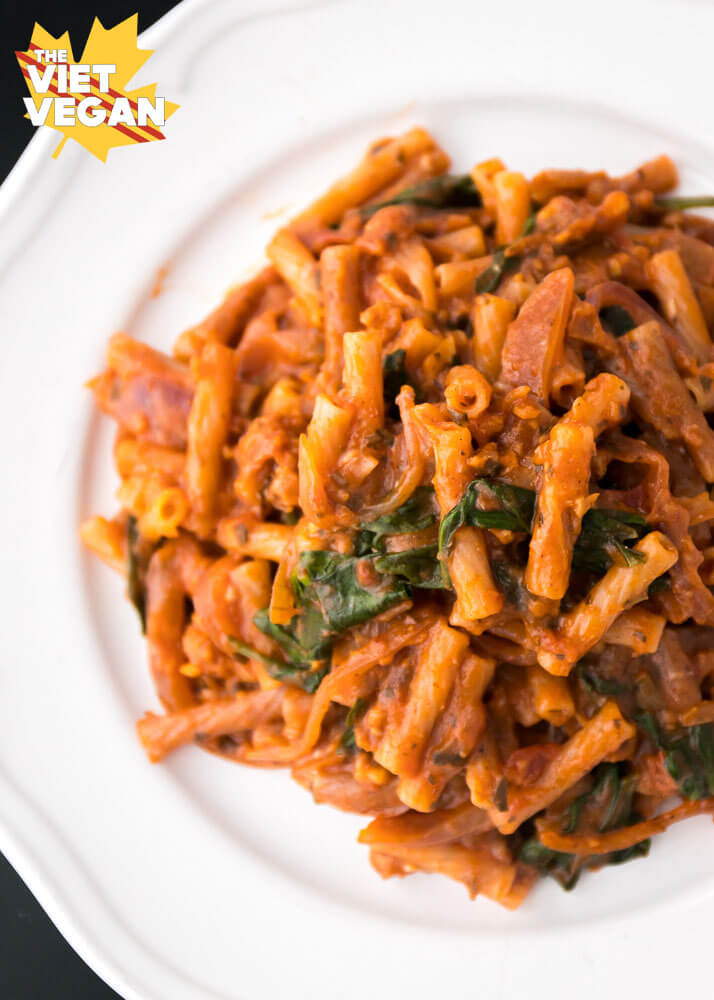 I was talking to a friend last night about feeling like I’m in a weird place. Things are really good, I’m happy. Despite how things have been going, this week I struggled to motivate myself to get out of bed. The smallest of tasks seemed overwhelming, and my anxiety has been through the roof, which results in some pretty awful eczema that cycles into being more anxious about my skin. It’s the greatest vicious circle.

I think it’s a combination of racking up debt since my car needed repairs and I had to get a new computer, working a lot, having a messed up sleep schedule, and feeling pressure to continue the momentum I’ve been seeing on my YouTube channel, and maybe a little bit of feeling isolated because my friends are spread out… 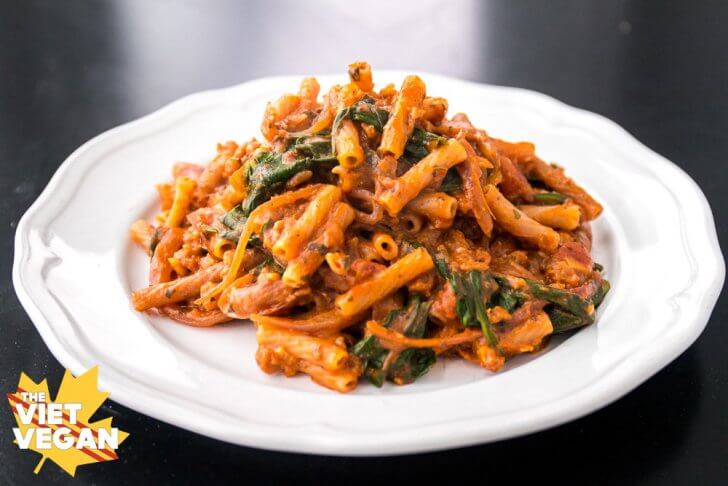 My friend told me that she sometimes feels that way too and that it’s her depression. Which kind of made me think, oh right. That’s a thing I could have. I brushed it away thinking, nah I’ll get over it. I could hear my mom in the back of my head, “Don’t be lazy, just do it.”

It’ll pass and I’ll get back on track, I think to myself. But it’s been a week of this and I’m hardly getting what I need to get done in a timely manner, so I’ve been staying up late to get things off my checklist, and then I wake up feeling weird again.

Depression is definitely a valid illness, and I would never tell a friend who is dealing with depression that they’re being lazy or ridiculous, but for some reason I can’t seem to really apply that kindness to myself, so I’ve just been hoping it goes away.

“Ignoring it doesn’t mean it’s not still there,” she said.

I should probably talk to someone.

In any case, here’s a slightly more cheerful video of this vegan, gluten-free one pot pasta. It’s really quick to pull together, super customize-able and ultimately lazy-friendly. Enjoy <3