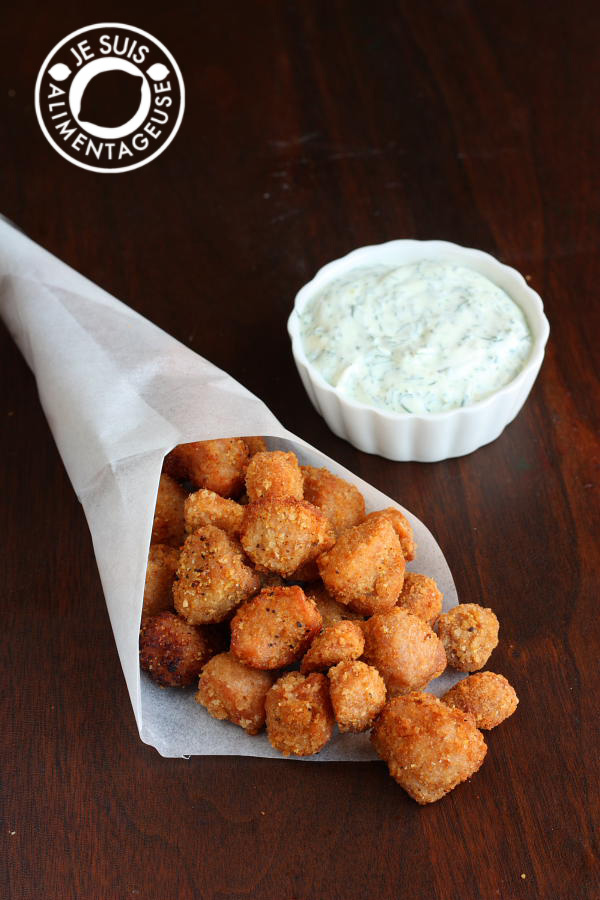 I have been craving popcorn chicken since the minute I went vegetarian. I was never a big fan of KFC, but popcorn chicken, YUM. It’s like the best part of KFC with a smaller chicken ratio! So when I saw this recipe for vegan popcorn chicken on Pinterest, I knew I had to have it. Finding soy chunks or TVP was hard in Toronto, because most people don’t really know what it is. I checked the organic/health food section and got nothing. I checked my local health food store and got nothing. Finally, one day I was perusing the grocery store for meal ideas and I saw a bag of soy chunks in the ethnic food section. SCORE.

It doesn’t take much for me to get excited about food. Â I dream of it. I daydream about how I’ll present it. How I’ll make it. How deliciously crunchy it will taste. Chris says that this makes him hungry and he doesn’t know how I can stand the torture, but it really just makes it taste that much better when I get around to making it.

I kept putting off making it though, because I had other stuff to do, and I needed other people to help me eat this because I planned on making 2 cups of it. My vegan friend, Jessica, and I have opposite schedules. She’s always being productive and writerly during the day while my most productive hours are after the sun sets. So when our schedules finally aligned, I made these. Soy chunks are weird and oddly resemble dog food, but man oh man, if you soak these badboys in a flavoured broth/brine/liquid, then coat them in deliciously seasoned breading. YUM. 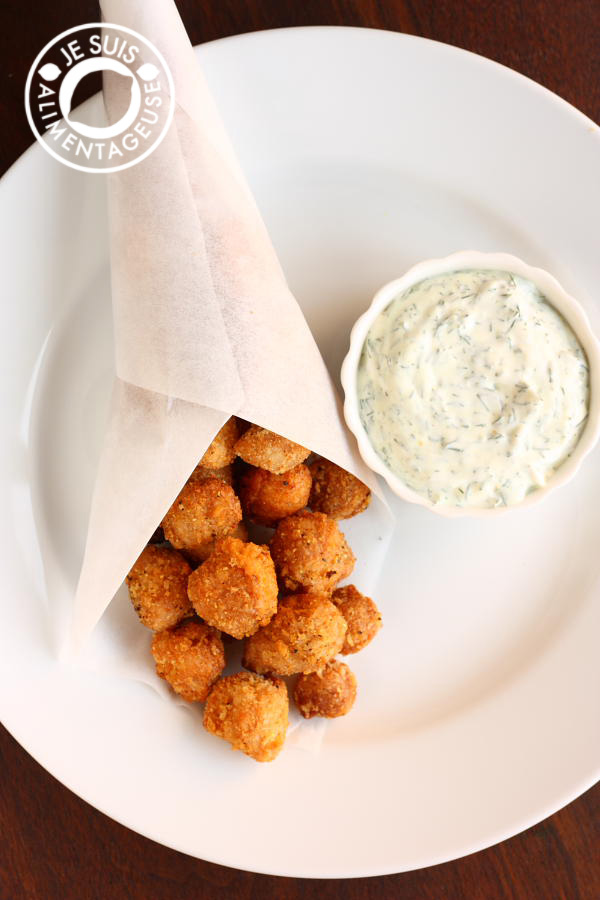 The first time I made these, I didn’t add enough seasoning to the breading or the soaking mixture. The second time I made them, I used vegetable broth both to soak and to coat the chunks and it made all the difference. I added more seasoning to the breading mixture and sprinkled a little extra when they were done frying, and YUM. I didn’t even need the dip. But if case you wanted it, I included the recipe below. Also the second time I made them, I didn’t coat them in the wet mixture twice I just went from wet mixture to the breading and fried them. There wasn’t as much coating as there was the first time, so you can choose which way you want it to be done.