This Vietnamese braised eggplant is typically served as one of many dishes at a Vietnamese homestyle dinner. It’s savoury, tender and is comforting with soy sauce as its main flavour component to complement the neutral eggplant flavour. 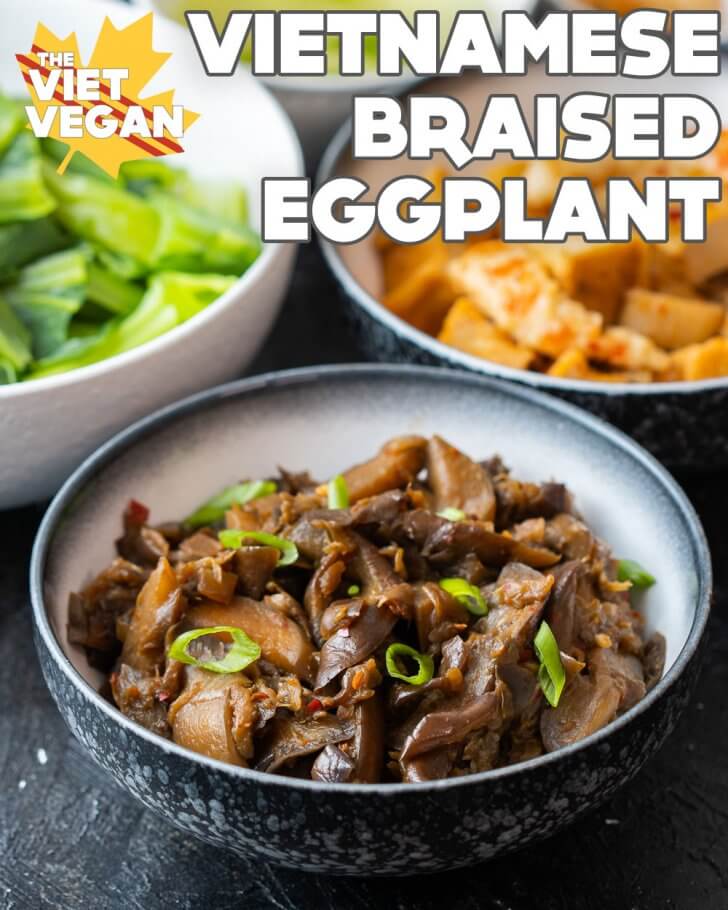 This is one of those rather unattractive Vietnamese dishes I grew up loving and eating whenever I needed comfort. My mom would make this often and make an extra large batch so I could enjoy the leftovers over several days. It’s as David Chang often says: Ugly Delicious.

I’m not sure if anyone else grew up eating this much, but when I look up Vietnamese eggplant recipes, I can’t find any that have the same cooking method as my mom’s version. A lot of them require a plethora of other ingredients, some of them are cooked in a clay pot, some are steamed and then fried, but my mom’s version was simple:

Oil, onions, soy sauce, chili flakes (and/or pepper), and eggplant. It was one of those dishes she threw together in a pot in less than 5 minutes and allowed to cook and stew into itself for about half an hour until unctuously tender. 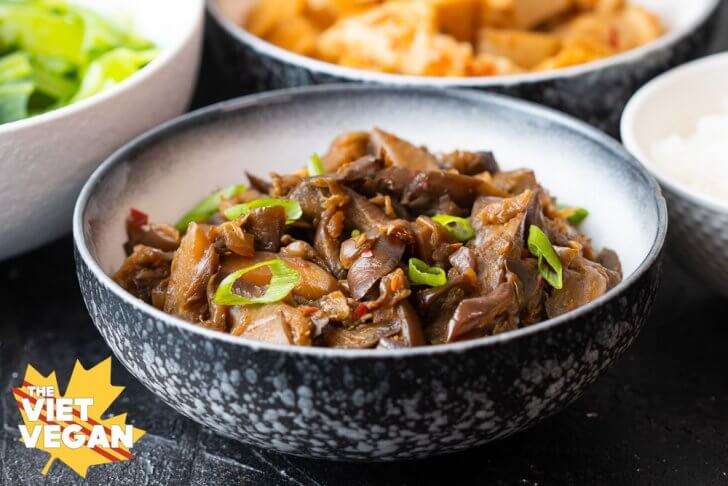 Typically this Vietnamese braised eggplant is a dish that you serve as one of the many sides at a meal, as Vietnamese dinners tend to have one “dish” per person, so everyone has a portion of each dish for a balanced meal. This time I cooked it alongside Vietnamese braised tofu (a veganized version of thịt kho)

I made this as a part of my Cooking When I’m Homesick video, so you can see the full cooking process of the meal and my experiments/cooking method, but if you prefer the short video of just the eggplant cooking, here it is below: