Soy curls make it easy to veganize this classic vegan chicken salad
for easy meal prep for a tasty lunch. Made with kitchen staples in 15 minutes! 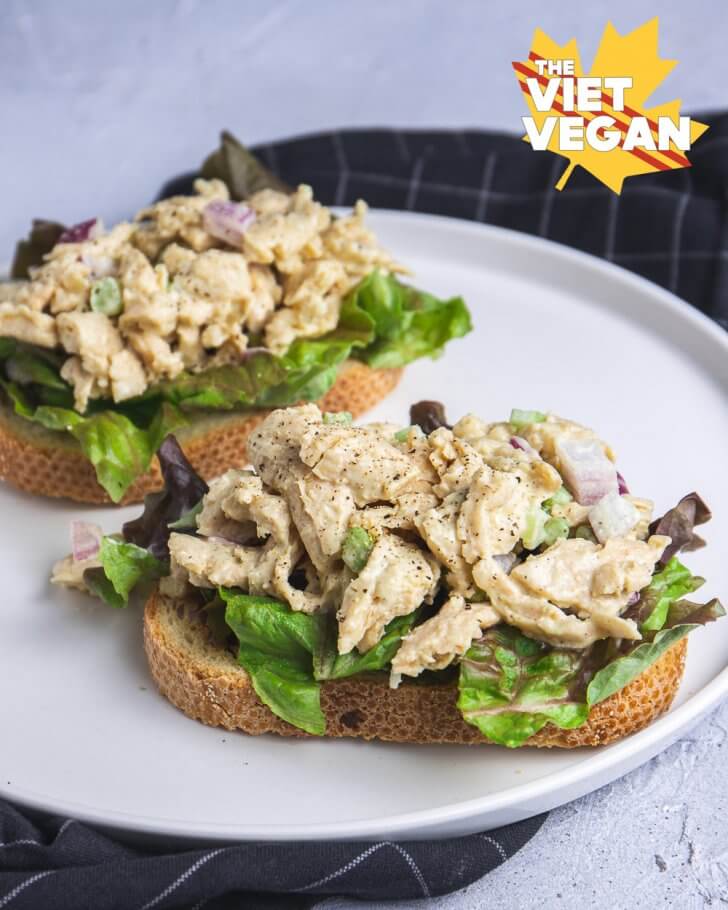 January is about halfway done and I am already behind in a lot of my goals, but I have been pretty good at eating from home and not succumbing to the cravings of eating french fries and vegan take out. Eddie’s made the resolution that he’s going to bring lunches from home instead of getting salad bar every day for work, and I think for him, financially that will be really great (and overall will be good for us), but mainly now, the food that I had been buying for him to pack his lunches will now actually be eaten instead of turning into a grade-school science experiment in the fridge.

Funny enough, I’ve gotten a lot more out of the recipes I’ve been testing for his lunches than he has, he seems to only want one of three things: vegan egg salad, vegan buffalo chicken, or vegan tacos (which I don’t have a recipe for really, we just add onions and garlic to some ground round and then add taco seasoning). I don’t think Eddie feels as passionately about vegan chicken salad as I do, but I made this for Dan (one of our best friends, also was Eddie’s Best Man), and he full on flipped out on how chicken-like it was. 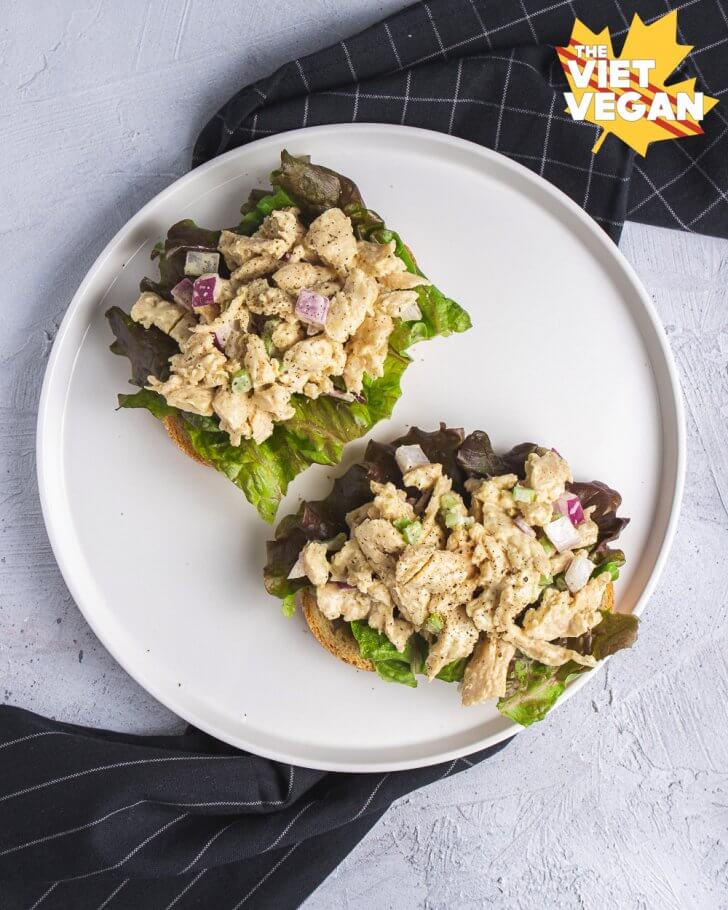 When I researched chicken salad, there were a lot of versions that had various components I wasn’t really down for. Some had raisins (no, thank you) and some had chunks of apple for crunch (I respect the sweet crunch but I’m not down really as into it). Personally I stick to the classics: zip from some red onion, and crunch from celery. You can add a touch of sweetness with plum sauce or a bit of apricot jam, but I prefer to savoury. This classic vegan chicken salad is great on an open-faced sandwich, in a regular sandwich, on top of salad to add a load of protein, or in a wrap as the filling. The crunch of any kind of your favourite lettuce will lighten up the bite, and if you’re feeling up for it, a touch of hot sauce for some heat. 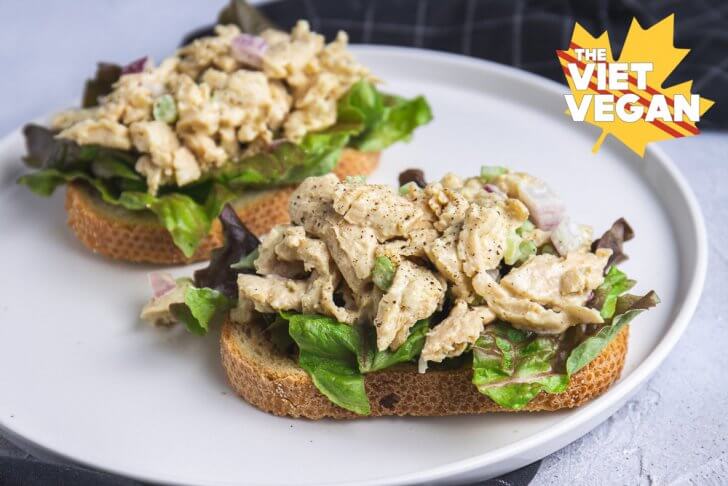 HOWEVER, I am releasing a recipe & video tomorrow of my vegan spicy chicken salad recipe that is in my opinion, superior and way more simpler than this. This is delicious, complex, yet simply a classic, while the spicy one I’m posting tomorrow is just so dang good. I like both, but I clearly prefer the spicy. This version is for those who prefer not to handle the heat for a work lunch, and I respect that ;)