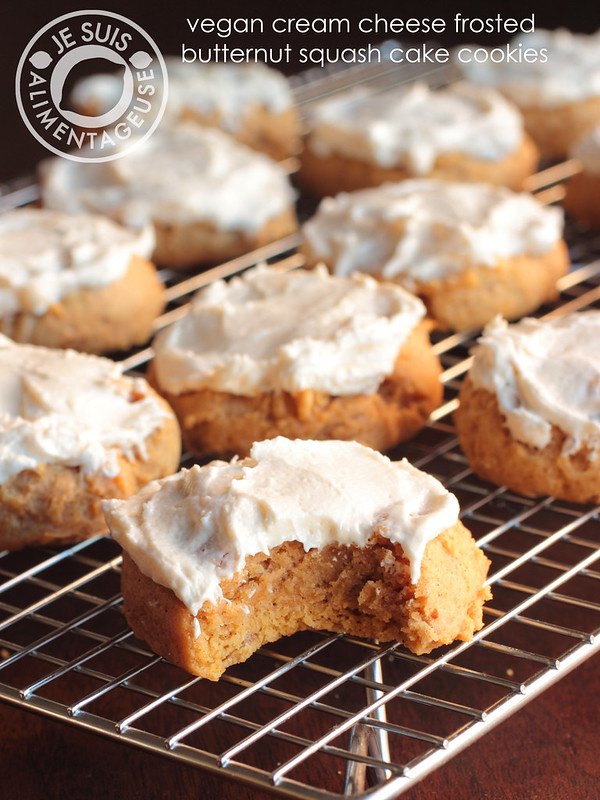 Prepare yourself, today’s post is sort of stream of consciousness:

It’s been well over a month since I’ve developed a recipe specifically for JSA and it feels weird and good at the same time. It felt weird to be going place to place, with noÂ strict routine or stable timeframes to work on recipes for JSA. After I came back from camp, I went straight to Ottawa to see Chris, then came back to volunteer for the Veg Food Fest. Sleep deprived, and mentally and physically exhausted after 2 weeks of camp and a week of driving and running around,Â I tried played catch-up for work. And then,Â that weekend I had the BIGGEST party of my entire life and it was crazy. Forty people crammed into my smallÂ 2 bedroom apartment. It was like first year uni all over again, except the people at my party actually knew me and wanted to talk to me. It was such an odd feeling, to be surrounded by so many people that I love. 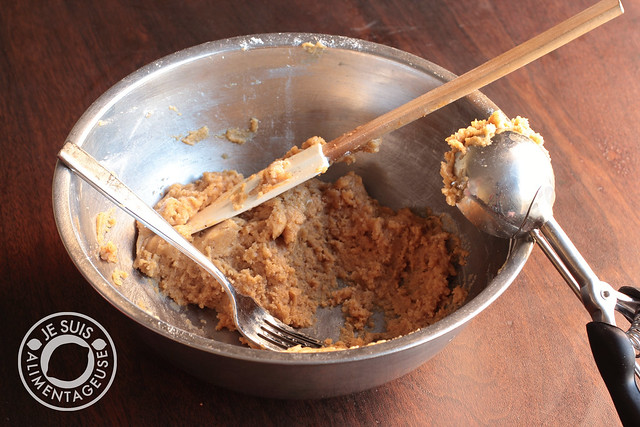 This is probably over-share/you probably don’t care, but that was the first time for many of my long-time friends to meet Chris and I remember being fairly tipsy and just going up to a couple people saying, “DID YOU MEET CHRIS YET?! I LOVE HIM.” Most of my Toronto friends didn’tÂ have the chance to meet Chris yet because he was either in Ottawa or back home in Northern Ontario so he’s kind of been this questionably existing enigma because all people hear of him are stories. Especially since he refuses to have any sort of online presence at all, but hey. I’m a bloody food blogger. I think I have enough online presence for the both of us, and then some.

Now to get a little meta on you guys:

The past month I’ve been doing a lot of thinking about JSA, and what I want to do moving forward. There are people who blog for a living, and that’s awesome, but I don’t think that’s in the cards for me. I blog about my life and what I eat. If all I do is blog, what is there to write about?Â Once upon a time, I woke up and baked cookies. Then I burned myself, took photos of them, then ate them. TA DA new post?

Naw. I need a life outside of the blog for this to be at all interesting to both you readers out there and myself to keep it up. That doesn’t mean I wouldn’t love to be a food photographer, or heck even a portrait photographer for the rest of my life (I’ll go into more detail about the portrait photography I’ve been doing later), but for now, I’m happily working in the food marketing industry and doing JSA on the side. 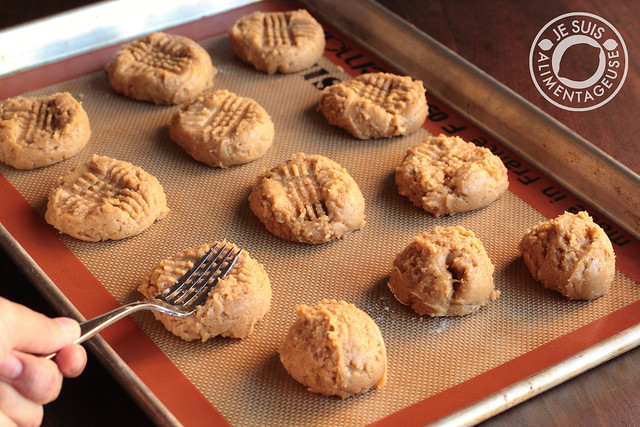 When I came back from camp, all I wanted to do was eat rice and pizza. Because two weeks without decent rice makes the Asian in me cry tears of sadness, and let’s be real, pizza is awesome. Especially vegan pizza from my pal Mandy. I ate copious amounts of vegan ramen noodles I discovered at the Veg Food Fest and frozen meals I had prepared earlier this summer for lazy days… or weeks I guess since I got back from camp three weeks ago.

Since the summer, these cookies have been the first thing I’ve baked just for the sake of baking. No birthday, no sponsored post, no recipe development, just cookies that I want to shove into my face. I tried making a whipped butternut squash side dish for the upcoming Thanksgiving (because it’s in October in Canada) but it didn’t turn out the way I wanted. Roasted squash has a watery and still squash-y texture, not as smooth and silky as I wanted. In any case, it makes an excellent binder in cookies and cake, so I thought, why the heck not turn these into cookies?

Even though I call them butternut squash cake cookies, they mostly just taste like pumpkin spice. A little cinnamon, ginger, clove, nutmeg, and allspice makes the red leaves and cooler weather cozier and even better. I stand by the statement that fall is the best season.

I refuse to listen to you summer or spring advocates. Summer is too hot and humid, spring is okay temperature-wise but all the snow melting is gross: nothing but dirt, salt, and mud everywhere.

And nobody exceptÂ Chris likes winter. I like winter in places where winter isn’t a polar vortex of icy wind and sadness. AKA not in Toronto.

Anyway, I digress. These cookies are pretty fantastic. This frosting was leftover from the cupcakes I baked for my epic joint birthday party with my roommate, so that’s why it makes 4 cups. Half the recipe, 1/4 the recipe if you want, but personally that’s too much minuscule measuring when I could have 4 cups of frosting to smother over anything I dream of.

For the cream cheese frosting***

To make the frosting:

**This recipe makes about 4 cups of frosting. I used most of it to frost a cake but I had just over a cup leftover, which I used to frost these cookies. If you have leftover frosting, it kept well in my fridge for about 2 weeks in a clean jar). 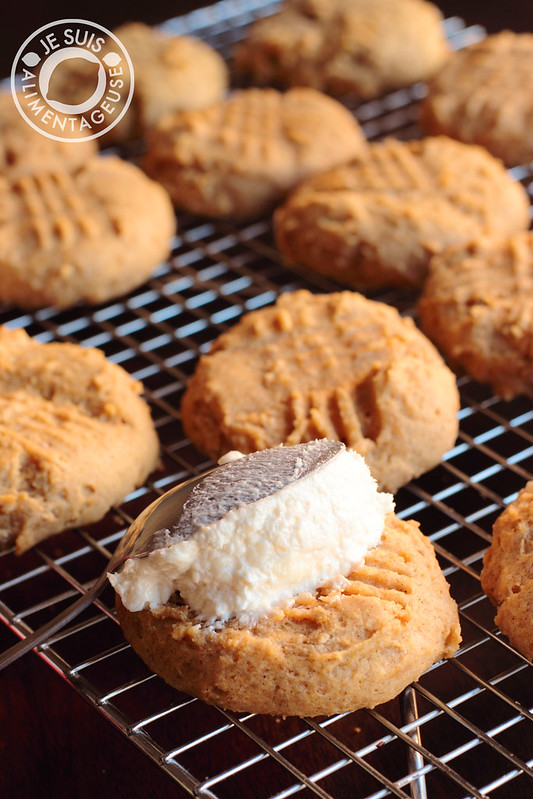