Vegan meringue nests are a festive make-ahead dessert for the holidays
that are actually pretty simple to make but they look impressive. 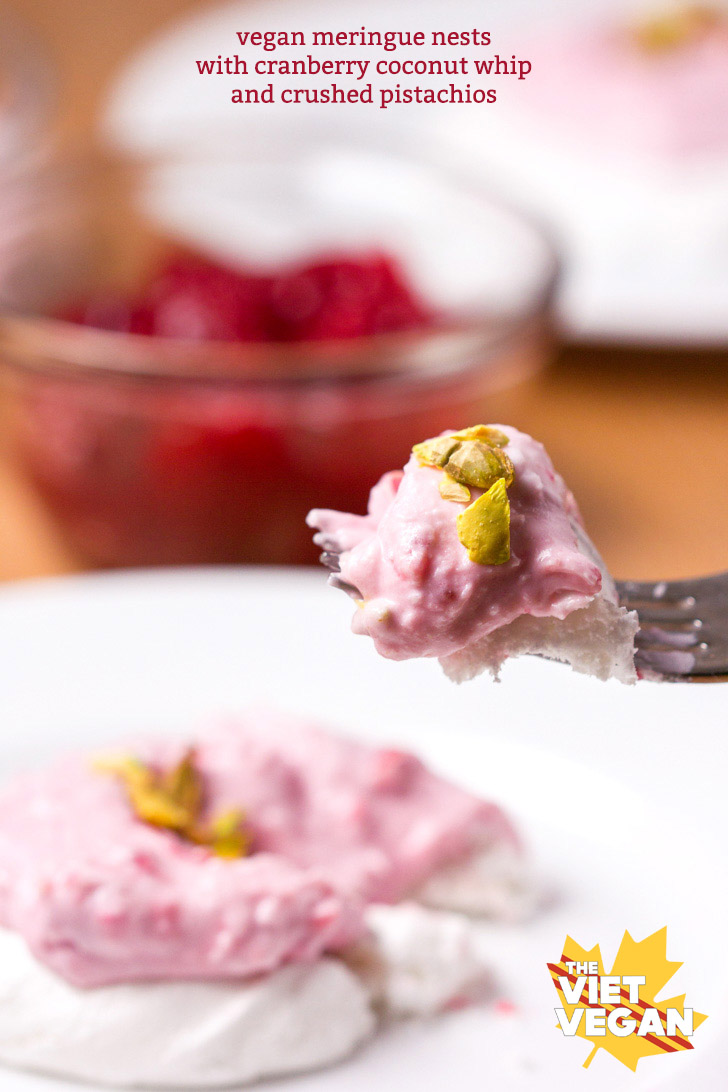 This week is a busy week for TVV. I actually was supposed to post my food blogger cookie swap recipe yesterday but I totally didn’t post it because I got too busy with work, but I’ll post to tomorrow. It’s a BOMB snickerdoodle recipe though, so you should probably watch out for it tomorrow (in your inbox, in your IG feed, y’know, however you find yourself here these days). Today’s post is a part of the Vegan Mystery Box Challenge! 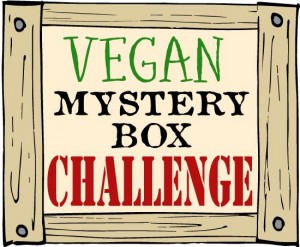 VMBC is hosted by Sam from It Doesn’t Taste Like Chicken and Andrew from One Ingredient Chef. Basically, Sam and Andrew pick some ingredients—Chopped-style—and challenge a ton of other bloggers to get creative and make something with it. This challenge included cranberries, coconut milk, and pistachios!

This year, the vegan world was exploding with possibilities thanks to aquafaba, aka chickpea water (like the stuff most people just pour off from the can). Earlier this summer, I experimented with this super awesome meringue adapted from Goose Wohlt, the genius behind the discover that is aquafaba. 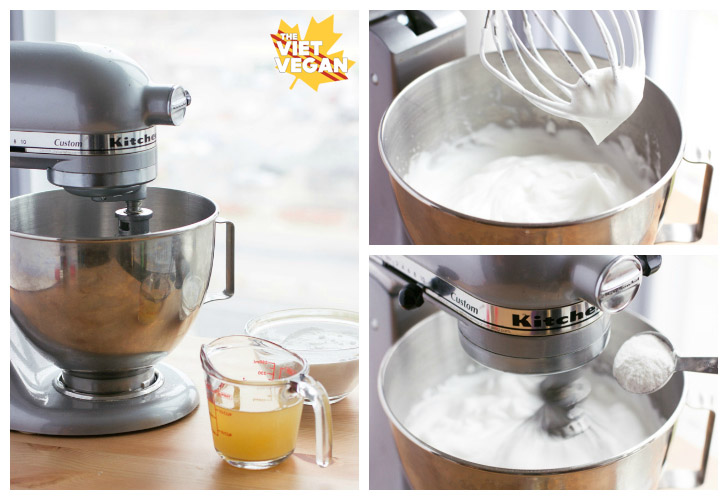 There are so many things I want to try! Macarons (remember when I was obsessed with these things pre-vegan days?!), lemon meringue pie, marshmallows, swiss meringue buttercream, mousse, choux pastry!! So many things that weren’t possible for vegans are now perfectly plant-based. AHH I’M SO EXCITED. Burrito Boy always kind of laughs at me every time I get frazzled with excitement about veganizing foods I love. 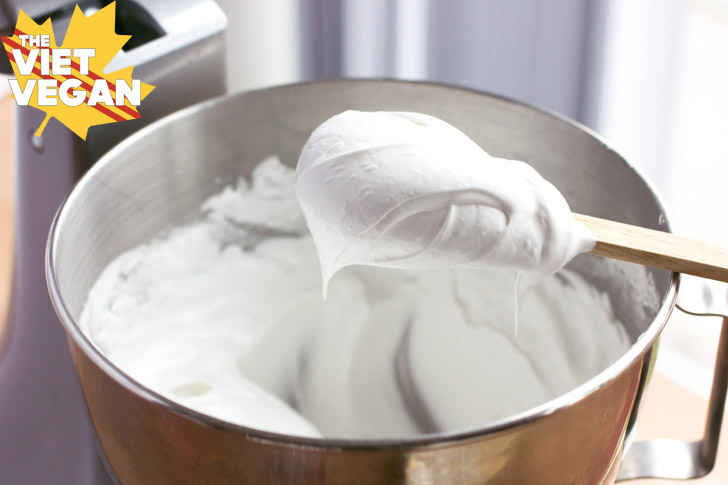 These meringue nests are elegant, wonderfully crisp on the outside and chewy on the inside. The cranberry coconut whip is rich and just sweet enough when combined with the meringues, and then you sprinkle some pistachios on top. It’s a texture bomb of awesome: crisp, light, crunchy, chewy, and creamy! 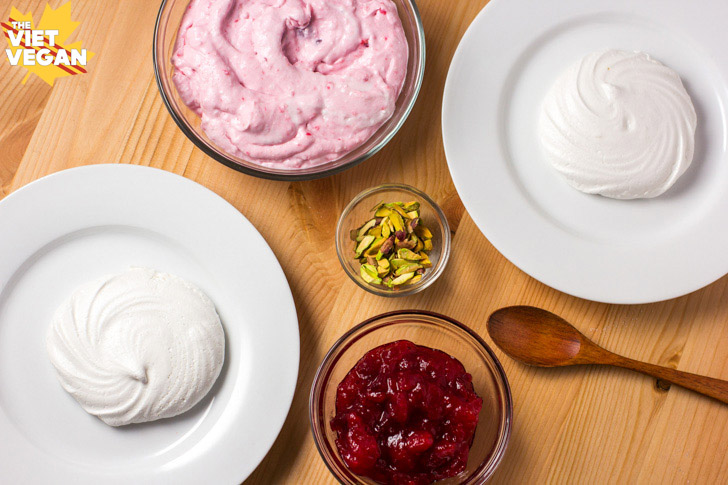 With Christmas coming up, lots of people are planning their holiday feasts and desserts, and these vegan meringue nests are something you can make up to 3 or 4 days ahead of time. During feast when the desserts come rolling around, you don’t need to worry about making room in the oven for these. Cranberry sauce is already on the menu (another thing that’s easy to make ahead), so just grab a couple tablespoons of it, a can of coconut milk and a handful of pistachios and you’re good to go. 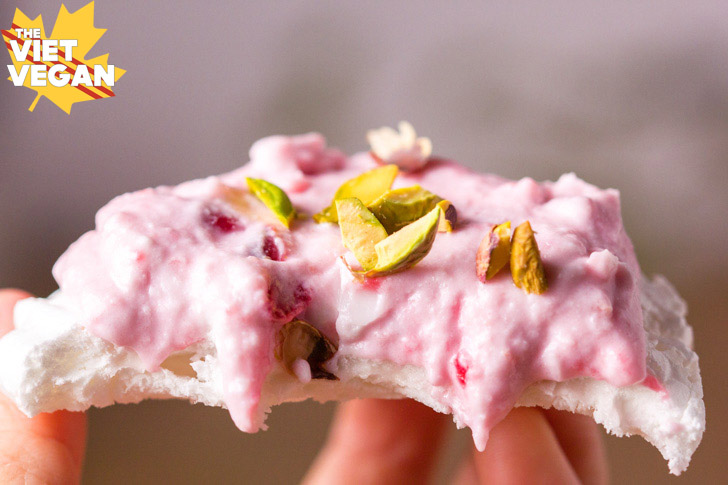 Check out the other VMBC posts! So much vegan goodness!

Stay tuned for my snickerdoodle recipe coming out tomorrow, friends.

To prepare the cranberry coconut whip:

To assemble just before serving:

* I'd give you a recipe for the cranberry sauce but I just sort of threw a bag of cranberries, maybe half a cup of sugar, and some meyer lemon juice in a pot and cooked until it resembled cranberry sauce