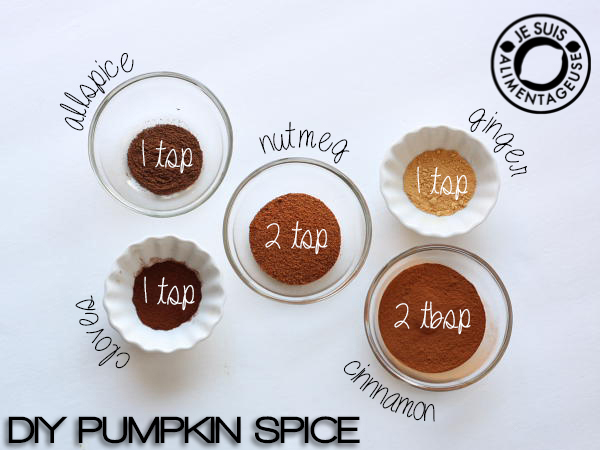 It’s fall, and this weekend is Canadian Thanksgiving weekend, so there’s sure to be lots of pumpkin desserts to be had. In preparation for this, I decided it was high time to get a little jar of pumpkin spice for easy access for all the pumpkin-y things I’ll be making. This Thanksgiving will be the first where I’m going to try really hard at eating vegan with family. Typically with eating vegetarian, it isn’t so bad because eggs and cheese seem to be a huge component of my family’s vegetarian dishes around holidays, but with eating vegan, that’s a whole other story.

Vietnamese food is typically very vegan-friendly when my family is cooking. They know just to steer away from eggs and fish sauce and I’ll be fine because dairy is pretty scarce in Vietnamese cuisine. However, since Thanksgiving also includes the Canadian branch of my family, we’ll be adding a little North American tradition by roasting a turkey.

Turkey is clearly not vegetarian.

I think my family is really supportive of my choice to go vegan, but some of them don’t really understand it. Even Chris has questioned it and brought some interesting reasons why I shouldn’t go vegan, but I’m not forcing him to eat vegan, he can go to a restaurant and eat all the Cajun chicken burgers he wants, but I’m the cook so he’ll eat what I eat. (He doesn’t ever complain about my food anyway).

For me, cooking vegetarian/vegan isn’t the hard part, it’s going out for food with friends or going to events where they’re serving food. My choices are so unbelievably limited to salad. Don’t get me started on salad again.

My solution for this Thanksgiving? I’ll be cooking a vegan soup, a starchy side dish, and a dessert for my family, but also mostly so I have something to eat when we’re there.

I’m planning on baking a pumpkin pie, although I’m not sure how I’ll be making the filling vegan. I’m sure there are lots of recipes out there, I just haven’t found them yet. But I think I’ll be needing some more pumpkin purÃ©e for these desserts, so I may go and buy another pumpkin tomorrow to have enough purÃ©e for some other baking projects next week.

But as promised, here’s what I did with the strained pumpkin juice I had from the pumpkin purÃ©e. 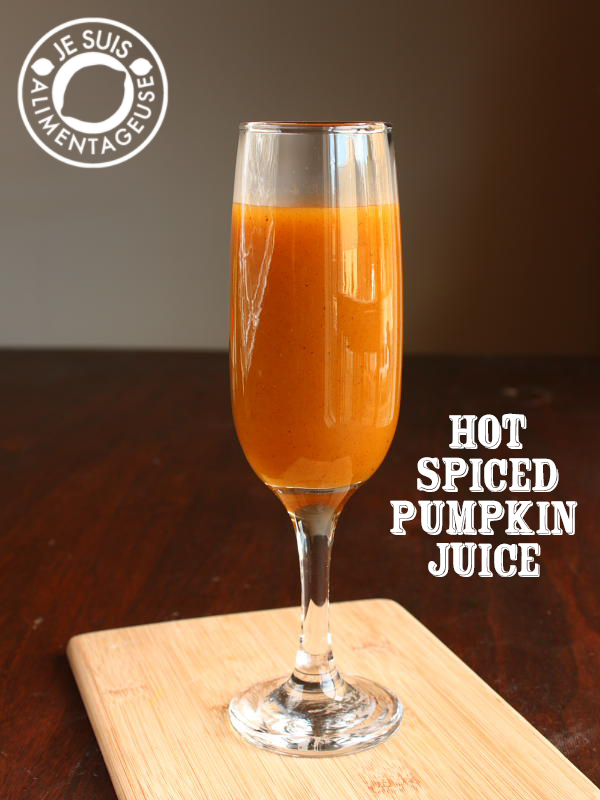 To make the pumpkin juice, I used the strained liquid from straining the pumpkin purÃ©e that I made yesterdayÂ and heated it on the stove with a tablespoon of honey and about 1/2 tsp of pumpkin pie mix. It depends on how big your pumpkin is, and how much liquid you strained. It’s a beautiful warm drink that’s spiced and reminiscent of my childhood imaginings of the Harry Potter world. I know it’s pumpkin juice, but I couldn’t imagine drinking it cold, and I thought it would be much better warm.

Mmmmm it was so delicious. A great alternative for hot chocolate or apple cider for those who don’t want either.

If you want to make this for a party or something, I would use pumpkin purÃ©e and water it down until you get kind of a thick apple cider texture, and add honey and cinnamon spice to taste. It’d be great out of a crock pot =) 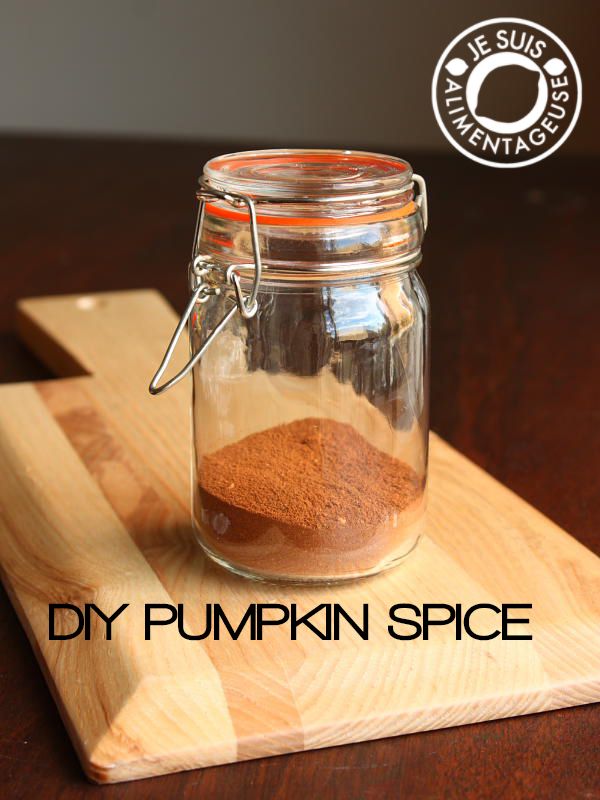