This super simple, lazy, Vegan Onion Dip is the creamy, decadent dip of my university years,Only using three products, it’s so easy to whip up. 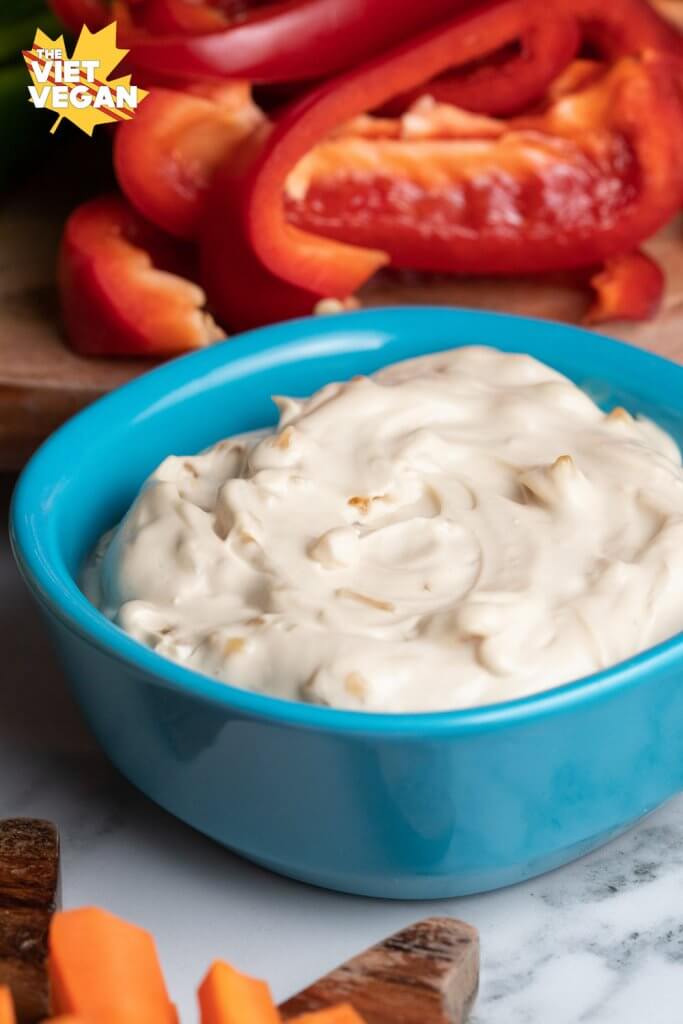 I’ve made vegan french onion dip in the past, attempting to go for something more like this but since I had used caramelized onions, it yielding something very different (albiet delicious). This version is a very unhealthy, decadent dip, but it’s still delicious, and super simple to whip up! Only three products are used to make this dip but it makes a LOT of dip and is a great, simple, and crowd-pleasing dip for your next party. 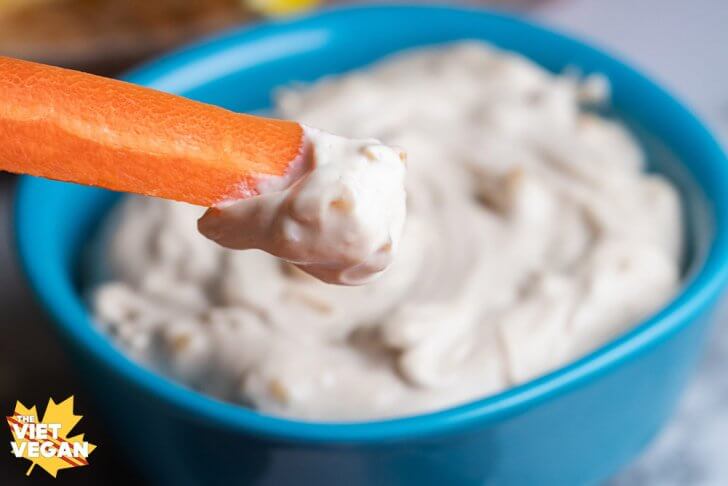 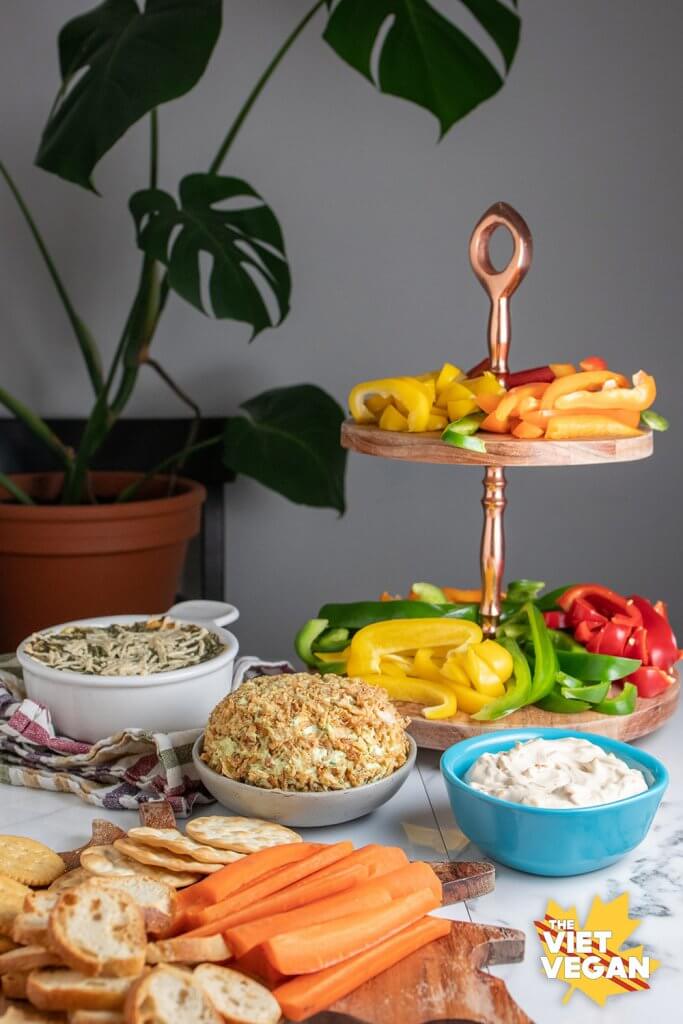 For the other appetizers in this photo, check out my Jalapeno Cilantro Cheese Ball and my Spinach Dip recipe for more decadent vegan appetizers! 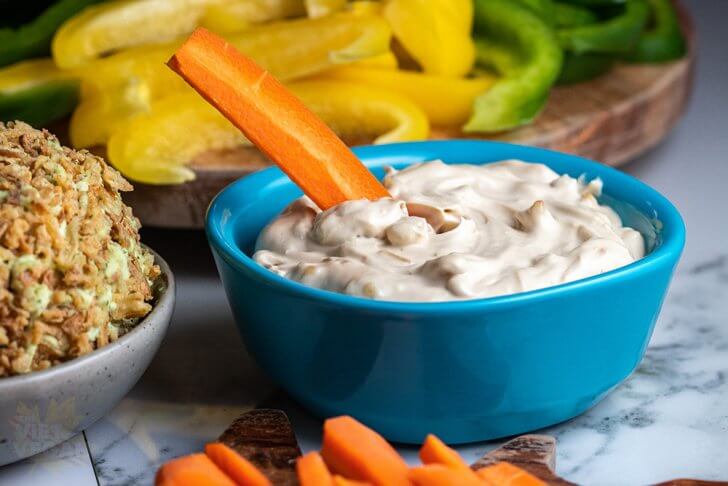