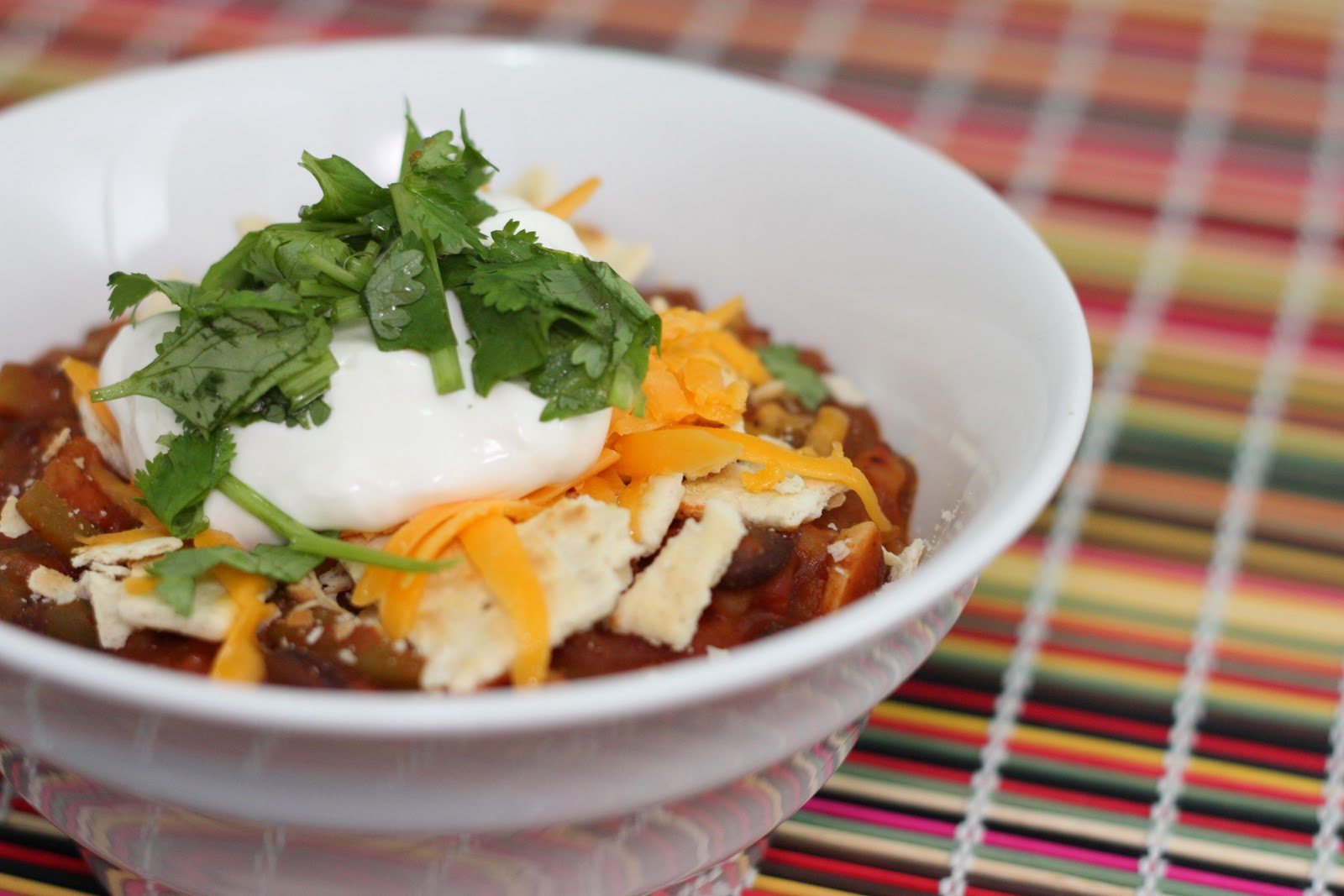 For me, chili is one of those things you HAVE to eat some time during the winter. It’s fine to eat it during the summer, but I love me some chili after a nice skate on the canal. My style of chili is pretty much taking whatever I have in my fridge and cupboard that I can throw together. I also was afraid that without the texture of the ground beef, chili just wouldn’t be the same. But alas, I found a nice hearty substitute that works well for flavour, as well as for texture, for some vegetarian chili.

It fills in the spaces between the veggies the same way ground beef does. I love barley.

I added some cinnamon because I love cinnamon, but you have to be careful with how much you add, because you want it to compliment the cumin and add that little touch of warmth, not make your chili taste like a tomato-ey cinnamon roll. I also don’t like cumin a whole lot, but I recognize its part in this chili and I counteract it’s distinctive flavour with the cinnamon.