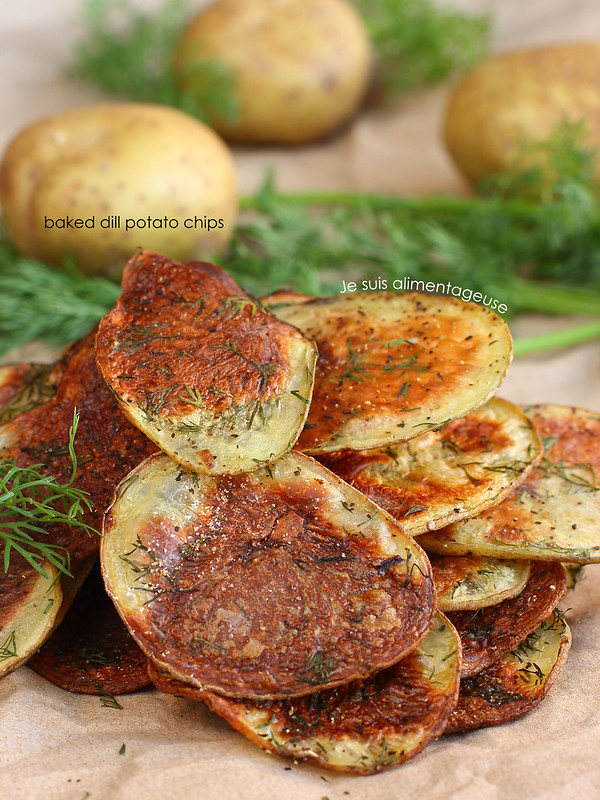 Happy cheap chocolate day! I hope you had a happy Valentine’s and that it was full of people you love and people who love you. While yes, I love chocolate, I often crave some good ol’ chips. Store-bought chips are definitely a classic, go-to for snack food, but these slightly more frugal and healthy baked dill potato chips hit the spot. As I’m nearing the end of my degree and the student debt payments loom nearer and nearer, my wallet is painfully empty and my credit card companies are rubbing their hands gleefully like the capitalist bastards they are.

I find myself mulling over the nice, cushy toilet paper versus the frugal but scratchy, eco-friendly garbage that’s almost worse than the 1-ply stuff they have in public washrooms. I forego the invites to drinks and lunches, and sadly drink my chilled tap water at home. I nix the extra snacks like potato chips, roasted seaweed, crackers, and vegan candy bars and opt instead to satisfy myself with the cheap, in-season produce and the random veggies from abandoned CSA bags where I volunteer.

I contemplated splurging $3 on a bag of Lays when a 5 lb bag of potatoes was almost the same price. The potatoes I could bake or turn into soup for a much more nutritious meal, but I still found myself longing for the crispy crunch of salty chips when I got home with my sack of potatoes.

This week’s Healthy & Happy theme is focused on happy, and while yes, the choice I made of potatoes over chips was definitely healthier, it did not make me happier. 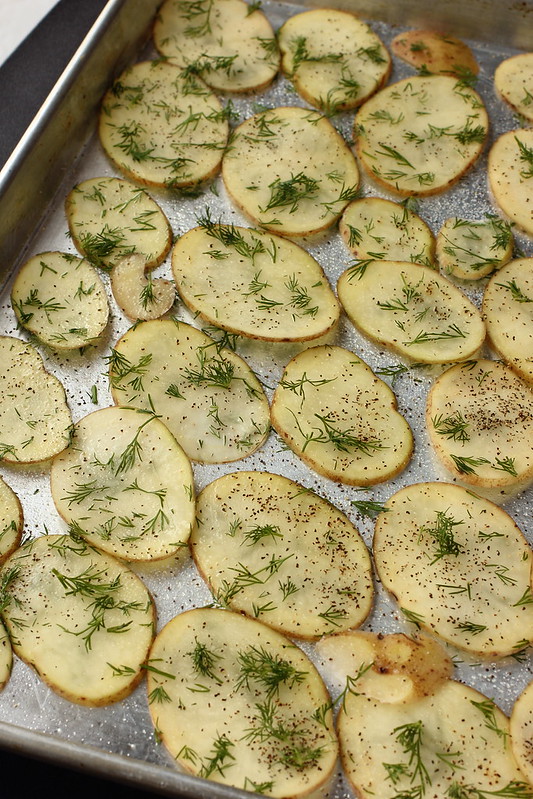 Obviously there was only one option at 11 pm on a weeknight. The grocery store was closed, it was cold outside, and it’s not like I had an extra $3 to spend on chips (#studentlife). So I made do with some dill weed, olive oil, salt, and pepper, because I was also upset to discover that dill pickle chips (one of my faves) had milk ingredients.

Batch #1 of potato chips ended up being a little bit of a soggy disaster. I was baking them on a sheet for about 2 hours at 350F because Oprah baked them at that temp. The original recipe estimated about 20-25 minutes of baking, which was a total and utter lie.Â I was famished and impatient, so much so that I was “taste testing” droopy ass potatoes every 15 minutes after the initial 20 minute mark. Excuse my swearing, but I was just so damn hungry and unsatisfied.

This batch was not worth the two hours I waited for the remaining 1/2 of the chips. I decided to hit the hay at 2 am and try again the next day.

Round #2 of potato chips turned out a bit better, I baked them at 400F this time, but then I think they baked so quickly that they turned into this weird, stale crunch that wasn’t as satisfying and actually kind of hurt because the chips were a weird kind of crunchy. Like dried pasta kind of crunchy? I don’t get how people can just snack on dried pasta. No matter how many times I try it, it is not good.

Round #3 of potato chips is what you see here. Baked at 375F, rotated after 1/3 of time and flipped for the last third of the time, with more salt, more pepper, and a light but even coating of olive oil. 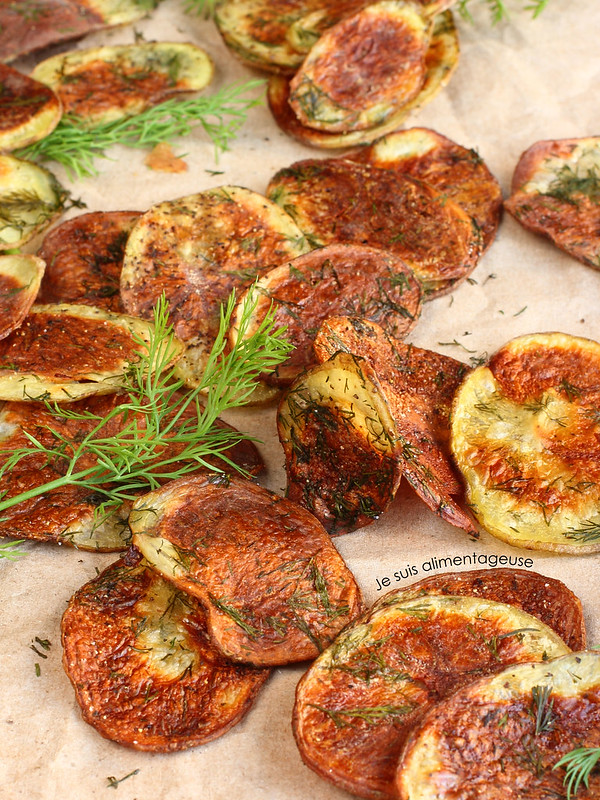 Crisp, crunchy, heavenly dill-y, with a little heat from the pepper and salt to get you hooked after the first bite.

To see what my other H&H friends have posted this week, check out the links below: