Today’s recipe is sponsored by Produce Made Simple, my favourite resource for all things fruits and veg!This Instant Pot Vegan Pho uses the traditional charred elements in Vietnamese Pho with a few extra ingredients to amp up the flavour. 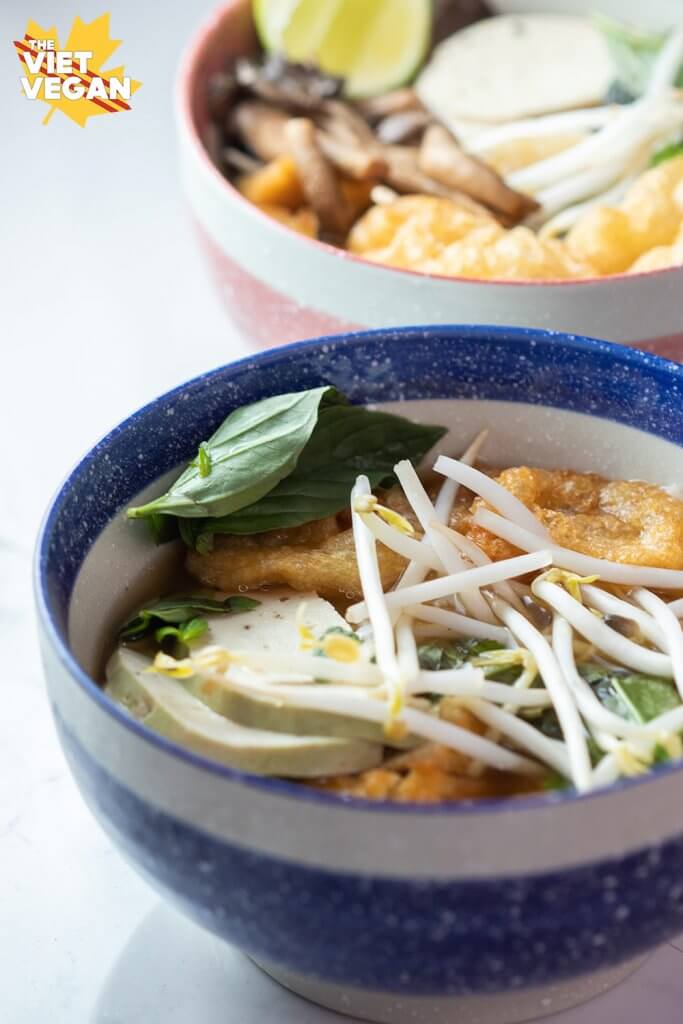 I previously shared a recipe for Vietnamese Vegan Pho a while back, and I wanted to share another version that uses the Instant Pot to create a bit more depth in flavour and saves you a bit on time. The stovetop version typically takes about 2 hours to make, but in the Instant Pot, I’m able to cut it down to 1 hour (which includes coming up to pressure and coming down from pressure), without sacrificing the depth of flavour from simmering these ingredients for a long time. 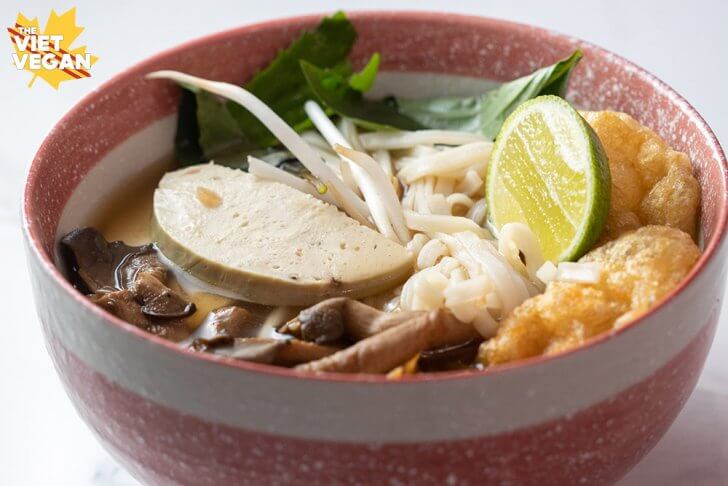 One of the reasons why I tend to procrastinate my Vietnamese recipes is because they require a few extra ingredients that a lot of people may not have access to. In this recipe, the extras like fried gluten, the Vietnamese sausage, or even the mushroom broth powder are a little harder to find. I’m hoping that the extra umami from the mushrooms and the seared cabbage will add some more layers of flavour that we didn’t have before.

Lime juice will always brighten up the soup, and if you don’t have mushroom broth powder, you can always add dried mushrooms to the cooking process. Season the broth with some soy sauce and sea salt in the end. In any case, the spices are truly what give this soup the fragrant, classic pho flavour, so don’t let anyone tell you that you can’t make pho vegan! 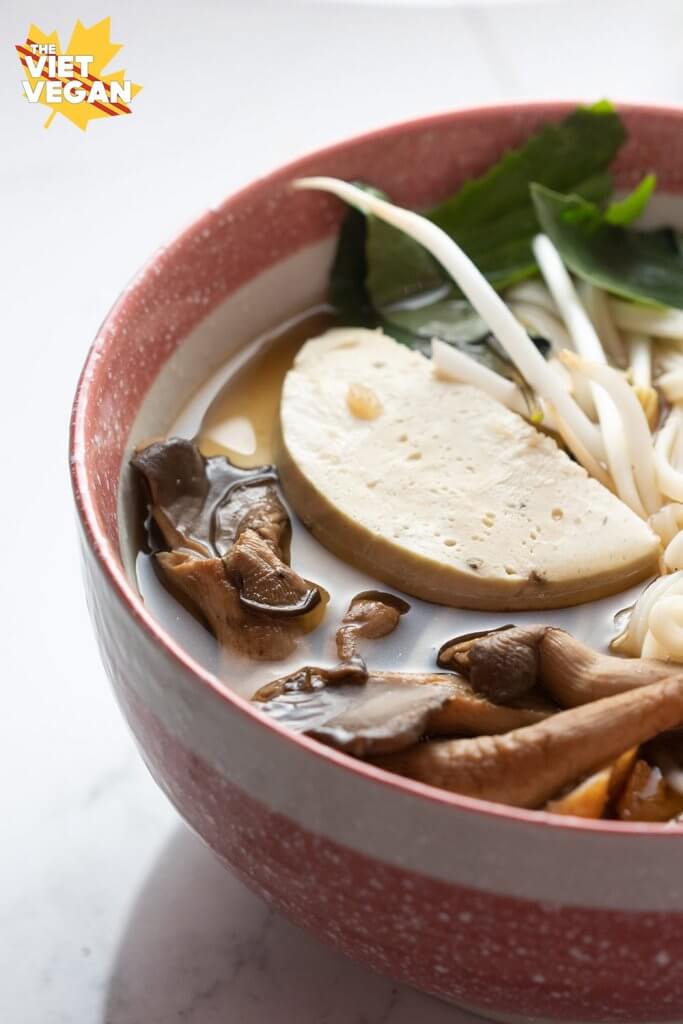 A big shout-out to Produce Made Simple for collaborating with me on this recipe as well as sharing another vegan recipe on their website! Be sure to check out my recipe on their channel as well!