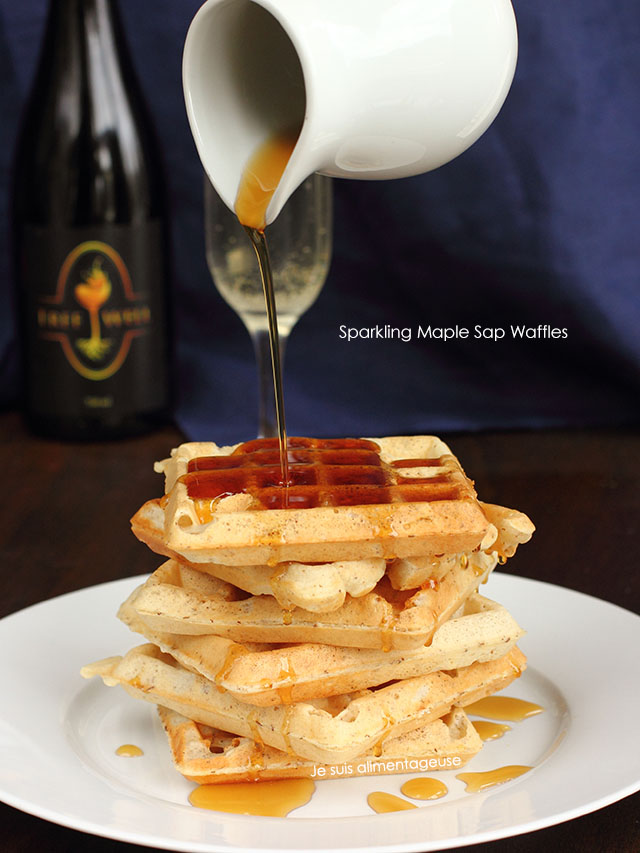 Social media is both a blessing a curse sometimes. There have been many long lost friends with whom I’ve reconnected because I’ve moved between towns and cities so many times. I’m friends with a handful of classmates I knew when I was a kidlet back in my hometown. There are about a hundred or so friends I have from high school when I moved to a new city, and then another few hundred Â in Ottawa where I did my undergrad. One of them was Tyler Steeves,Â the founder of TreeWell, the drink that makes these sparkling maple sap waffles so light and crispy.

I’ll go more into detail about TreeWell in a sec, but I thought I would share my qualms with social media first.

As you probably have guessed, I’m in my 20s, which meant that I grew up right when the Internet, cell phones, Facebook, Twitter, and Instagram ballooned into the giant soul-sucking, time-wasting monster that is now. Don’t get me wrong, I love all of those things, but can you imagine what I could be doing instead of laughing at baby animal GIFs and videos my friends share with me? All the Buzzfeed quizzes?

It’s changed the way we connect with friends. True “friendship” is being instantly available via Facebook chat or text message. It’s double tapping every photo they post on Instagram. It’s likes, comments, shares.

And then, we cyber-stalk all of the acquaintances, exes, family members, crushes, and co-workers.Â Don’t kid yourself, you totally do it too.Â Unless you’re like Chris, who is never on the computer unless he’s doing school. He likes doing things like going outside… and climbing trees and stuff. 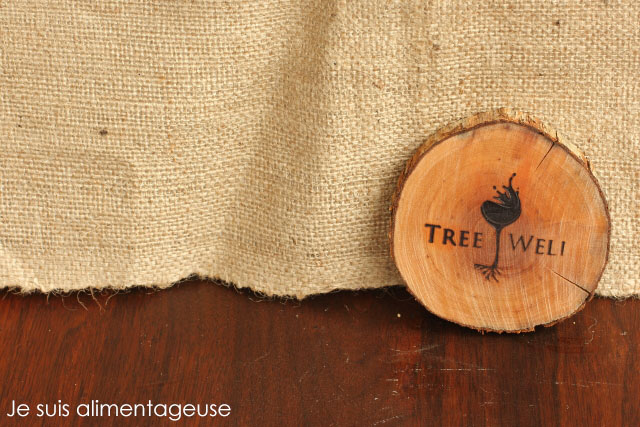 But social media has taken away our ability to connect with old friends and acquaintances, because if you like something that was posted a year ago on a friend’s profile, that friend is instantly notified. Even if you “unlike” it, that notification is there. No take-backsies.

What’s even worse is when you are about to message or creep a friend, and you realize that you guys are no longer Facebook friends.

What is the social protocol for that? Do you still say hi to them when you run into them? Or do you look at them, panic, then look at your phone nonchalantly and power-walk into the next aisle?

I try not to take it personally. I can’t talk to every single friend I have on Facebook every day, but that doesn’t mean I won’t talk to them in person. Some people just like to keep their FB friends under 150 (which is apparently the saturation point of our real-life community capacity. Social sciences ftw!). Some people get annoyed by my incessant food posts or political article shares. If they legitimately don’t like me, that’s cool.

But sometimes, when I think I’m actual friends with a person, or at least friendly, and I find out that they’ve unfriended me or even blocked me.

…I’m stunned for a second.

Not that I’m so self-absorbed to think that everyone should love me and be my friend, but I consider myself to be a generally likeable person. I don’t share excessive selfies or post in poor grammar/all caps (yes I have unfriended people for those reasons). I probably spend about a minute thinking to myself,Â What did I do to offend this person?

I’m not usually one to hold a grudge, but sometimes when a mutual friend shares something that involves them, like a photo or a call to action, I think, Nah, not gonna like/share/vote because they unfriended me. Mothaclucka. 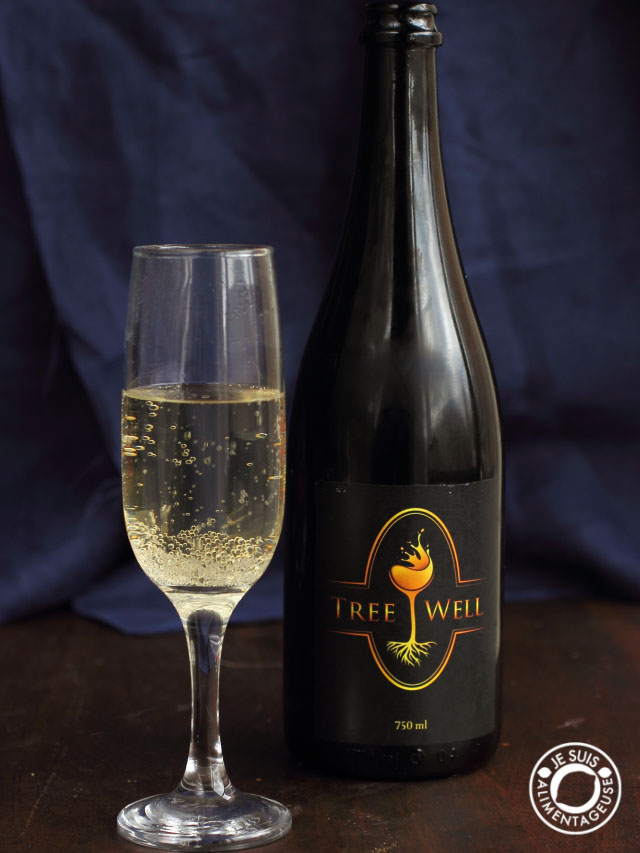 Anyway, back to TreeWell.

I first approached Tyler back when he had his Kickstarter going for TreeWell, and he is literally the happiest guy I have ever met. Seriously this dude is never not smiling. He started this company back in 2013, and Ottawa’s local media blew up because he’s Ottawa’s star child entrepreneur. His Kickstarter got 150% funding and as far as I know, it’s still going strong.

Growing up in Canada, I took school field trips where we went to a sugar shack and got to see how they tapped the maple trees, harvested the sap, and turned it into maple syrup, maple candy, and my absolute favourite: maple taffy. OH MAH GAH I love that stuff, especially on top of snow. It’s sweet, chewy and gooey, with little refreshing bursts of melted snow… perfect for those brisk winter days skating on the canal in Ottawa. Needless to say, maple has been the PB&J to my childhood.

TreeWell is a sparkling maple sap drink that’s non-alcoholic and is made out of actual maple sap. When you first take a sip, you experience some nice, sharp bubbles and as you swallow, you finally taste that beautiful, lingering woody flavour of maple. It’s a classy, non-alcoholic drink, so you don’t have to worry about getting too out of control with those sparkling white wines (well if you’re a lightweight like me anyway.)

Disclaimer: Tyler sent me a bottle of TreeWell for free and I offered to develop a recipe for him to give TreeWell some exposure. All opinions are my own.