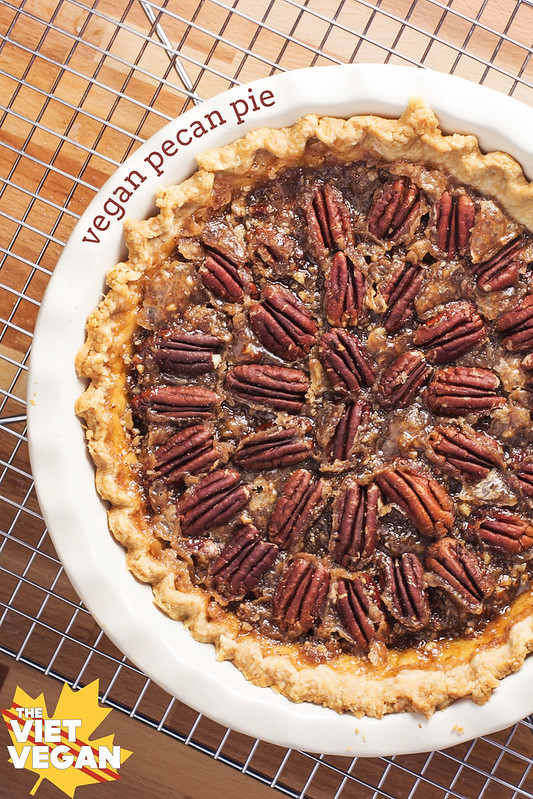 I’m actually really terrible at baking anything other than cookies and cake. Pies, breads, pastries…or anything that I need to knead or roll, I’m just terrible at it. I know it just takes practice, but I can never get the perfectly even and beautifully crimped pie crusts. Or that perfect, super flaky and melt-in-your-mouth pie crust? Not my forte. I’m more of a throw-it-in-a-bowl-give-it-a-stir-then-divide-between-cupcake-liners kind of girl. That’s my jam. 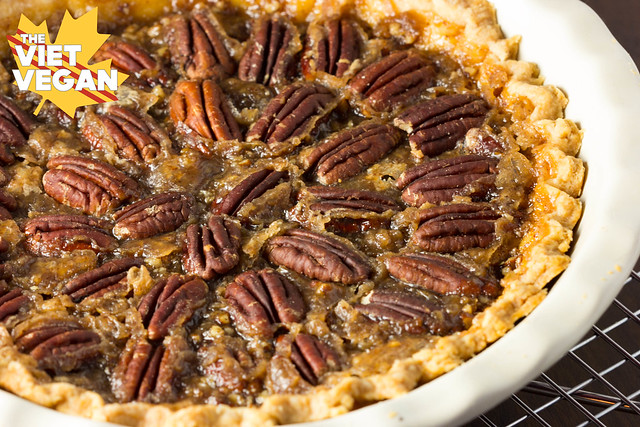 But you know what? I’m way more of a pie person than I am a cake person. Back when I was in high school, I played Maplestory [YEAH THAT’S RIGHT], and the GMs divided everyone into Team Cake or Team Pie. HOW DO YOU CHOOSE? CAKE OR PIE?! I got sorted into Team Pie and I was devastated. 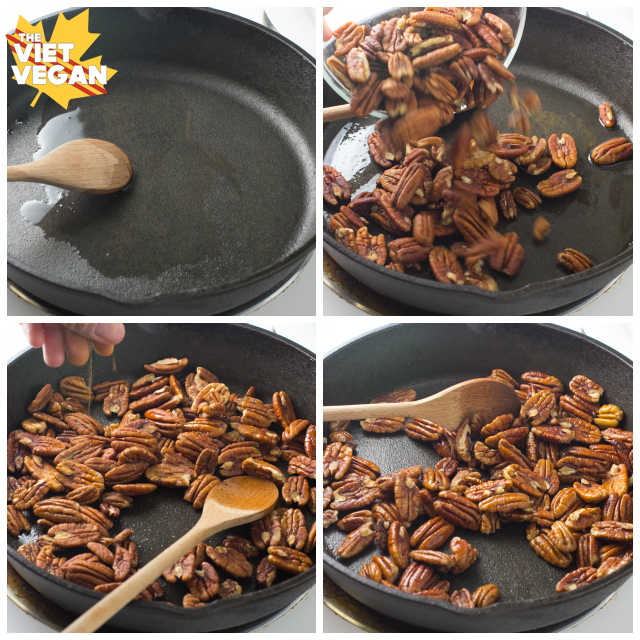 I longed to have the little cute cake sign float over my head. I thought the pink frosting and red cherry on top were so pretty and way nicer than pie. Plus I was a firm believer that cake was way better. How could you go wrong with frosting? 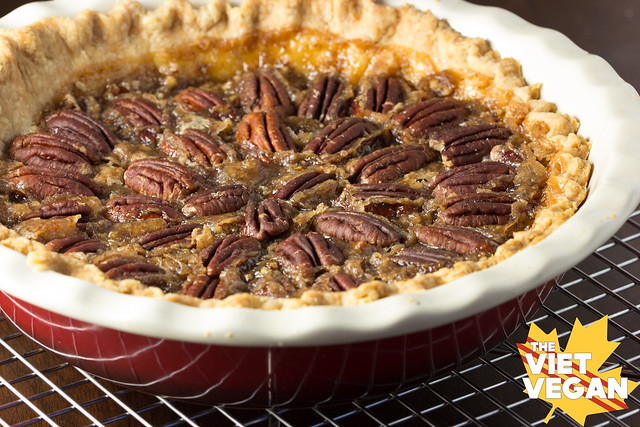 But I was naive. Pie, oh pie. I apologize for any flack I gave you. You are clearly the superior choice. The perfectly flaky crust, the sweet and gooey filling… ranging from sweet, to creamy, to fluffy and light as a dream. But cake? Cake is always sponge plus frosting. Sometimes sponge plus ganache and frosting. But fresh fruit, spices, and pie crust and fillings galore. That’s the way to be.

The Maplestory Gods knew I was really Team Pie all along. 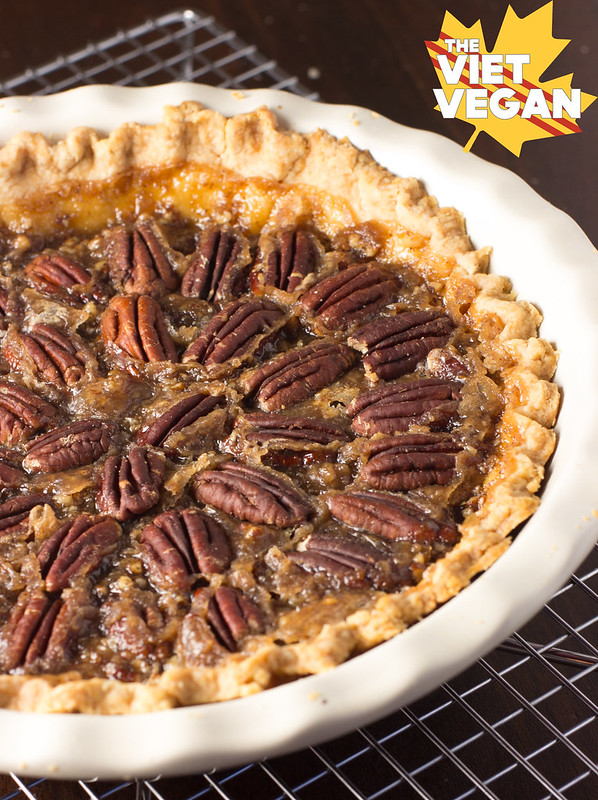 To celebrate EPIC PI DAY (3.14.15!!!), obviously I made a pie. I was determined to make a good, vegan pecan pie with no corn syrup or tofu, but was still thick and gooey with caramelized deliciousness. I based my recipe loosely on Hell Yeah, It’s Vegan! and Vegetarian Snob. I was so intrigued that HYIV’s recipe used salted crackers! I thought, oh my god, that’s such a good idea. It acts as a filler and adds body to the recipe while contributing an undertone of saltiness. My friends had no idea there were crackers in it, either. Just try it, it’ll be good. PROMISE.

Anyway, my other blogger friends made Pi Day recipes too. Go check em out! They’re not vegan, but they’re pretty nonetheless. I will love unconditionally anyone who makes me a vegan lemon meringue pie. 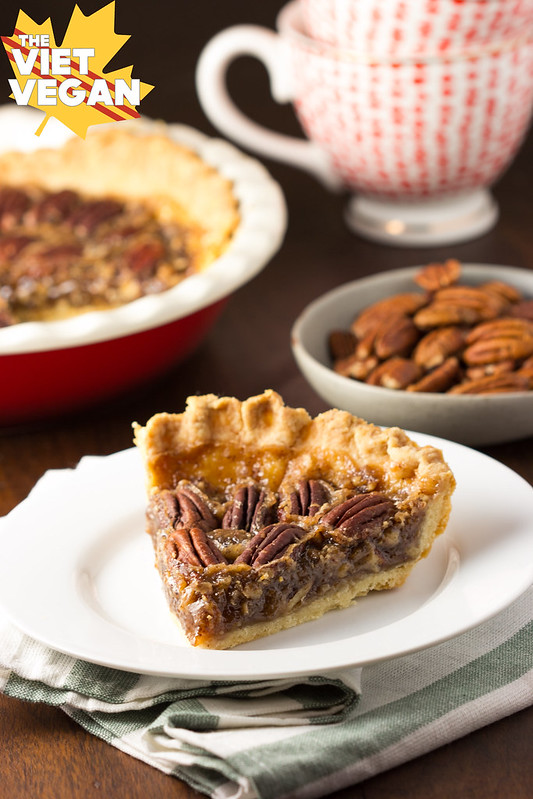 For the pie crust:

For the pie crust:

To make the filling:

*This recipe makes two pie crusts (or a top and a bottom), so you have another pie crust for later, or you can double the filling recipe and make two pecan pies. 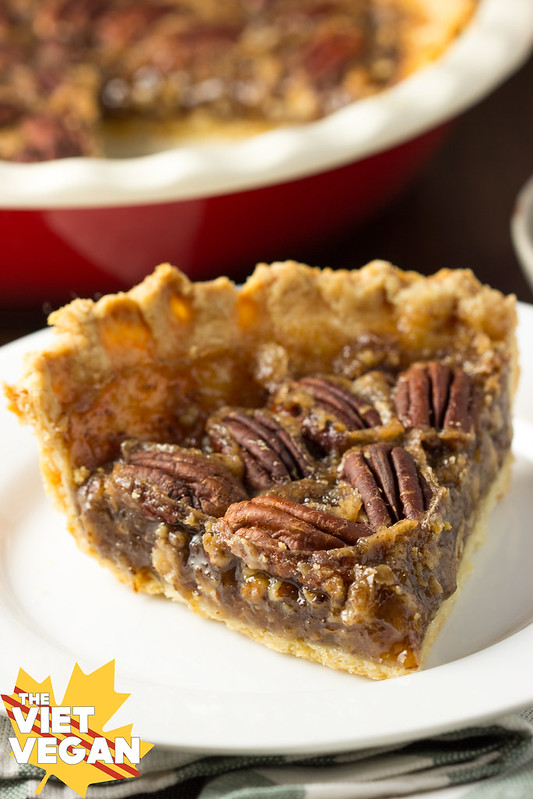