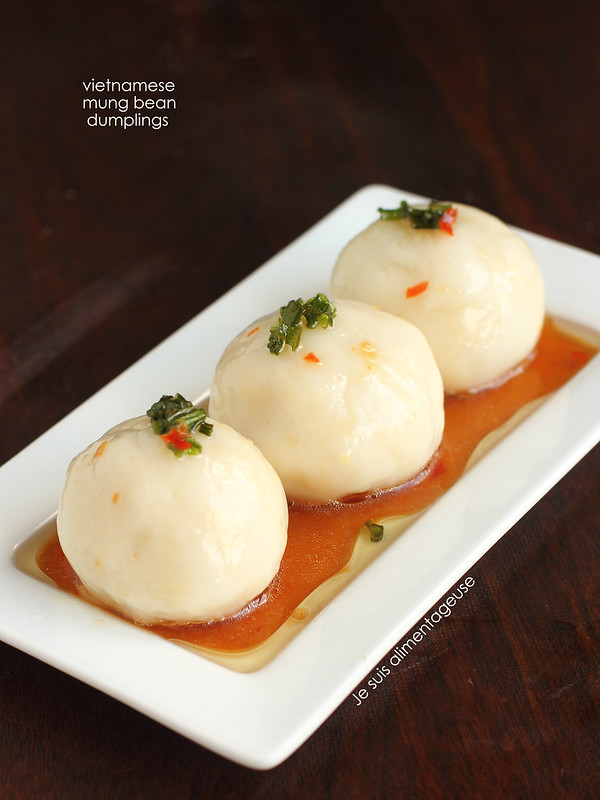 I missed Monday’s post because I had just come back from the set of Alouette. Exhausted and both physically and mentally drained, I took the opportunity to heal. It’s a good thing I did, because this dish is time-consuming to make. Banh It Tran Vietnamese Mung Bean Dumplings are traditional and simple Vietnamese dumplings. My grandmother and I made them for the first time together after we had some excess mung bean mixture from making New Year’s rice cakes. She taught me how to make the dough, how to cook the mung beans, how to pinch off the excess dough so that the dumplings weren’t too gooey.

To be honest, I feel so lucky to have my grandmother with me, teaching me all the different Vietnamese dishes. My grandpa is here too, but he’s just usually outside gardening and I haven’t quite learned to appreciate the hard work that goes into growing delicious vegetables quite yet. Granted in the winter he spends more time shoveling snow and watching YouTube videos his friends email and share with him.

Ever since my grandparents came here in 2001, I feel like I’m more in touch with my heritage and homeland, even though I grew up here in Canada. My grandpa taught me the importance of exercise, nutrition, and more holistic approaches to health. My grandmother has taught me not only the cuisine, but also just being around her I learn more about the culture. The Vietnamese traditional values, as old school as they are, boil down to being a strong, independent woman and to support your family. 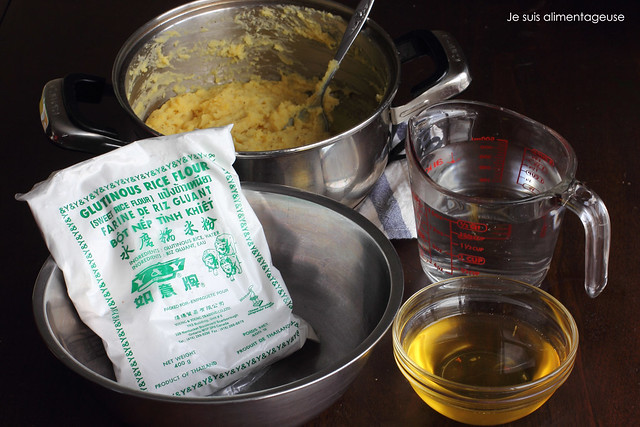 Sometimes I feel so disconnected from my heritage. Growing up in a tiny town in cottage country Ontario, there were literally 3 asian families in my town, and all of us went to different schools. There was no culture but Anglo-saxon culture. Elvis Presley, Santa Claus, and Easter Egg hunts.

Whenever I go to Vietnam, I feel like my childhood makes sense. People had similar experiences that I did when it came to being sick and eating rice porridge, cringing as parents sang pitchy karaoke, hearing the men clink their beer bottles together in one cheer “Do!” [pronounced /yo/]. But at the same time, I didn’t experience the clamour of Saigon during the Lunar New Year festival each year. I didn’t grow up riding motorbikes and eating breakfast or street food on plastic tables and kiddie chairs. I didn’t have to work on a farm or in a family business instead of going to school. I didn’t have to fear the Viet Cong growing up.

I love and appreciate what I’ve experienced from both cultures, but I feel somewhere stuck in the middle. I’m not Anglo-saxon, and I was raised old school (patriarchy!), I ate rice every day growing up, and I made my first box of Kraft Dinner at age 12. The more I end up leaning one way, the more I’m afraid that I’m shutting out the other side of me.

Because I am both Canadian and Vietnamese.

I grew up eating Dunkaroos and Fruit by the Foot at school. I would have green mung beans in sugar syrup for dessert.

I try to be in tune with both of my backgrounds, but it’s so hard because I never feel like I belong in either. 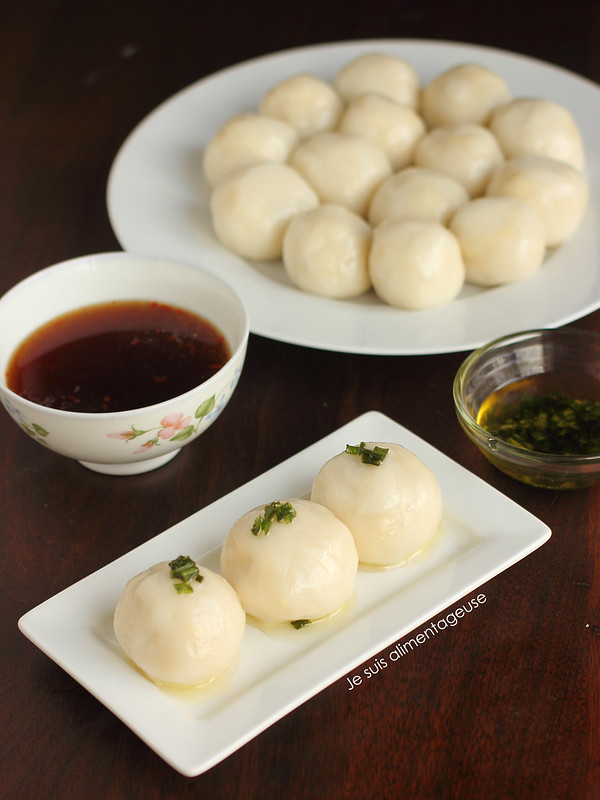 But today I celebrate my Vietnamese heritage, because the Lunar New Year approaches, and it’s my year! Year of the Horse. I always thought that having it be your year meant that it was your time to shine. My aunt tells me it’s the year you need to be careful.

I think I’ll stick my notion of letting it be my year to shine.

Anyway, the year of the horse. I’m not making traditional new years’ fare, but this is close enough. “Banh It Tran” literally translates to “little naked cakes”. The little means that they’re smaller versions of the bigger rice cakes made with actual sticky rice instead of sticky rice flour. They’re called “naked” because they’re typically wrapped in banana leaves and steamed, but these are just boiled until they float, just like gnocchi. 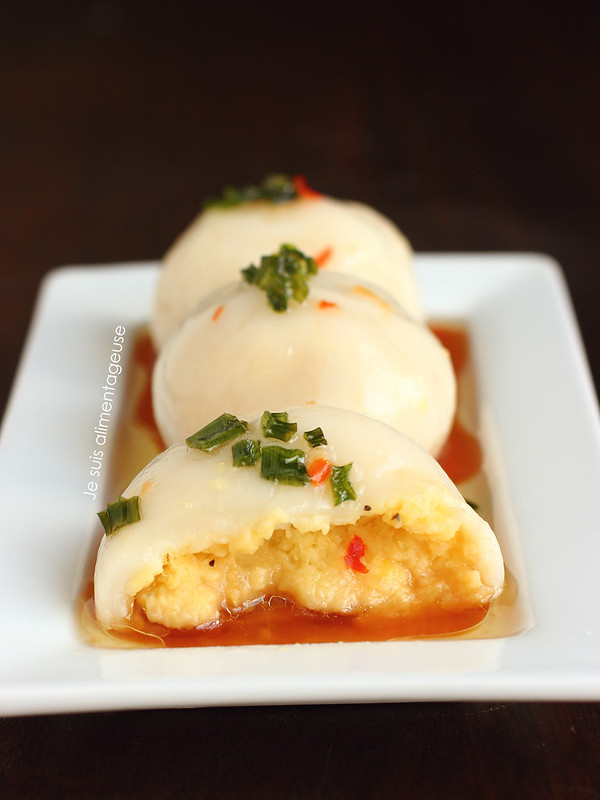 Traditionally they’re also either stuffed with shrimp or pork. but because I’m vegan, that’s clearly not an option. For lots of protein and great savoury flavour, these banh it tran Vietnamese Mung Bean Dumplings are made with mung beans cooked until soft, adding salt, pepper, and cooked onions for that savoury sweetness. Drizzled with extra green onion oil on top and some vegan Vietnamese dipping sauce, and you’re transported to a simple Vietnamese home with the comforts of veganized traditional food.

For the green onion oil: