Bánh Hỏi Thịt Nướng Chay is a veganized dish of my childhood; vegan bánh hỏi is made with rice vermicelli bundles (held together with starch), topped with a green onion oil, and served with a dipping sauce and a savoury grilled marinated meat, which I’ve replaced with marinated soy curls! 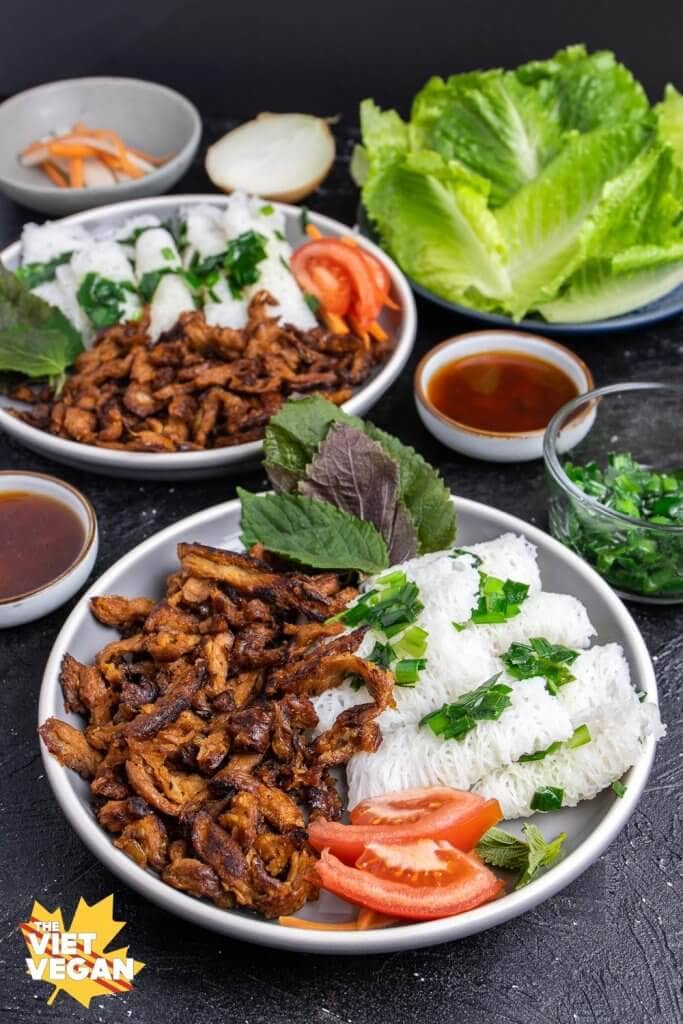 We are well underway to October and Canadian Thanksgiving has passed me by before I realized and had a chance to actually make any recipes for Thanksgiving. This year was a bit weird for Thanksgiving, obviously with the fact that we can’t really have our usual Friendsgiving gatherings and there aren’t much in terms of family gatherings (and for good reason). So this year, I decided to continue to look inward to recipes that I had been craving out of nostalgia. Enter: Bánh Hỏi Thịt Nướng Chay: rice vermicelli bundles topped with green onion oil, served alongside marinated soy curls with classic Vietnamese-style grilled “chicken” marinade! Vegan Bánh Hỏi has been my favourite meal lately because it’s so fresh and savoury! 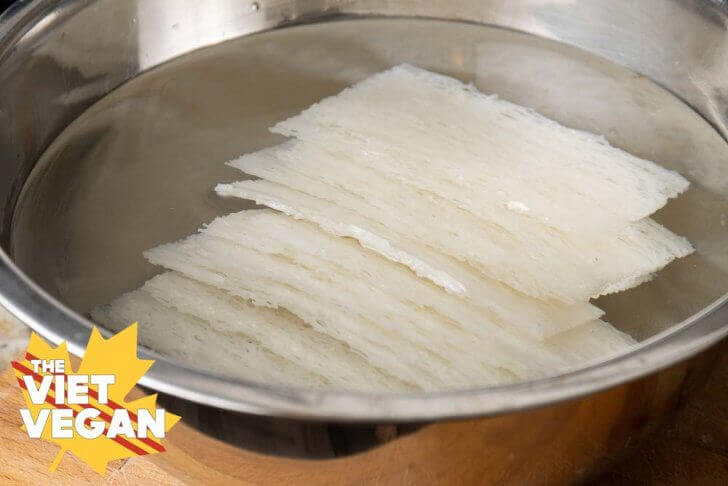 I grew up eating bánh hỏi at Vietnamese potlucks and parties. My family would have giant foil tubs or platters of these layers of rice noodles, each bundle gleaming with emerald green onions in the centre. Before food was ready for everyone, I’d sneak by the table and steal a bundle and run away with a mouthful of pillowy noodles.

Even though I ate so many of these, I didn’t actually remember how to make them unless they were done by scratch. And even then, that process was long and arduous. I was taught to spread out the soaked noodles and lightly brush them with a cornstarch slurry, then microwave them until set. Then while the noodles were piping hot, I’d take oiled scissors to snip them into the rectangular shape, then burn my fingers with piping hot rice noodles trying to roll them and transfer them to the plate. 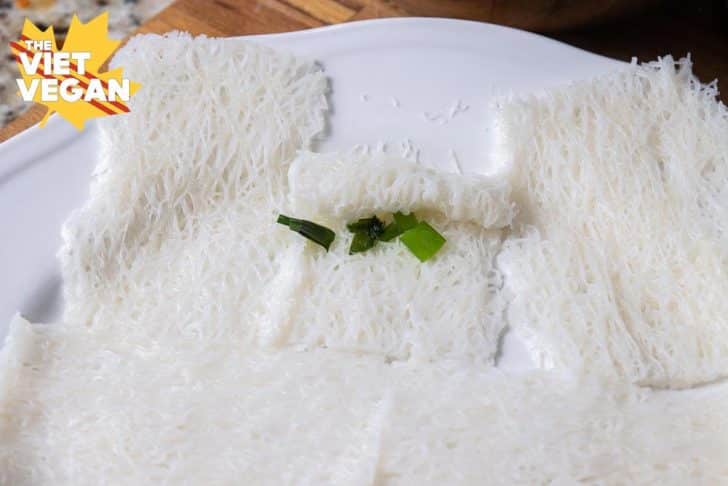 Nowadays, I find them preshaped and precut into these perfect rectangles at the grocery store, and all I have to do is cook them! The instructions on the package said to soak for 10 minutes and then steam them, but I found the simplest way was to either use a microwave after soaking, or to simply boil them for a minute and drain them. My mom uses the boiling technique, but since I am not usually cooking the same volume of food as she does, the microwave method tends to be the easier for me. 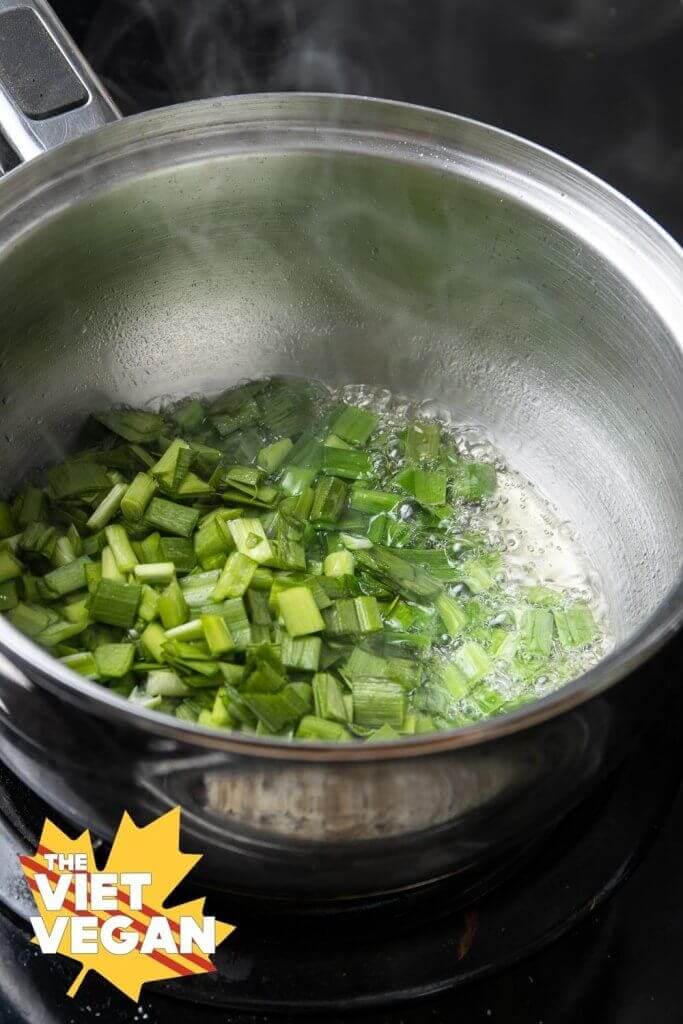 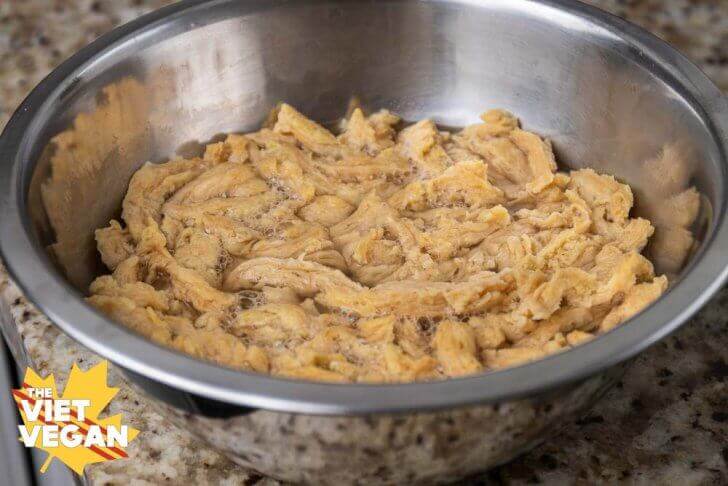 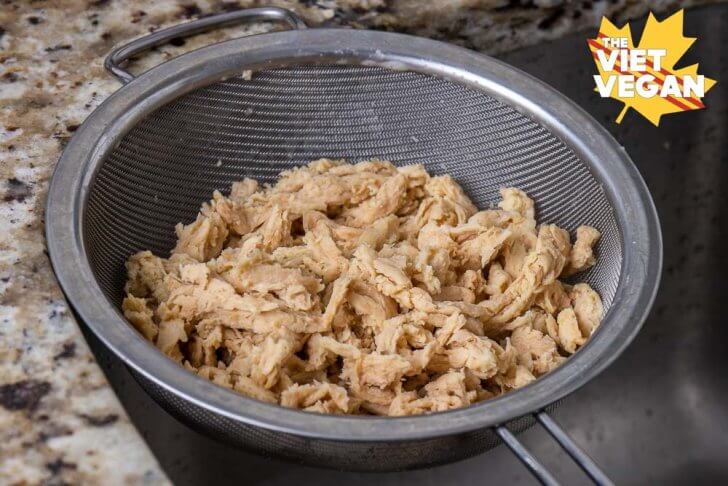 Traditionally for the meat you would have alongside bánh hỏi, it’d include BBQ pork with the crispy skin, or grilled chicken or pork with a caramelized soy marinade. Obviously I don’t eat those, so I decided to go with the soy curl version that I made in the oven earlier this summer, but I tried it on the stovetop instead.

When it comes to cooking soy curls, they tend to dry out fairly quickly if you cook them uncovered. I found the soy curls would have enough time to caramelize if you cooked with the lid on, and the captured steam at the top would drip back into the soy curls so they would stay tender and juicy. 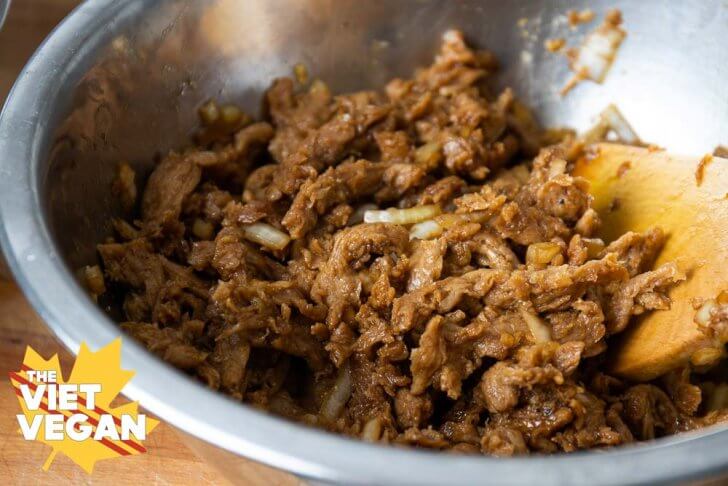 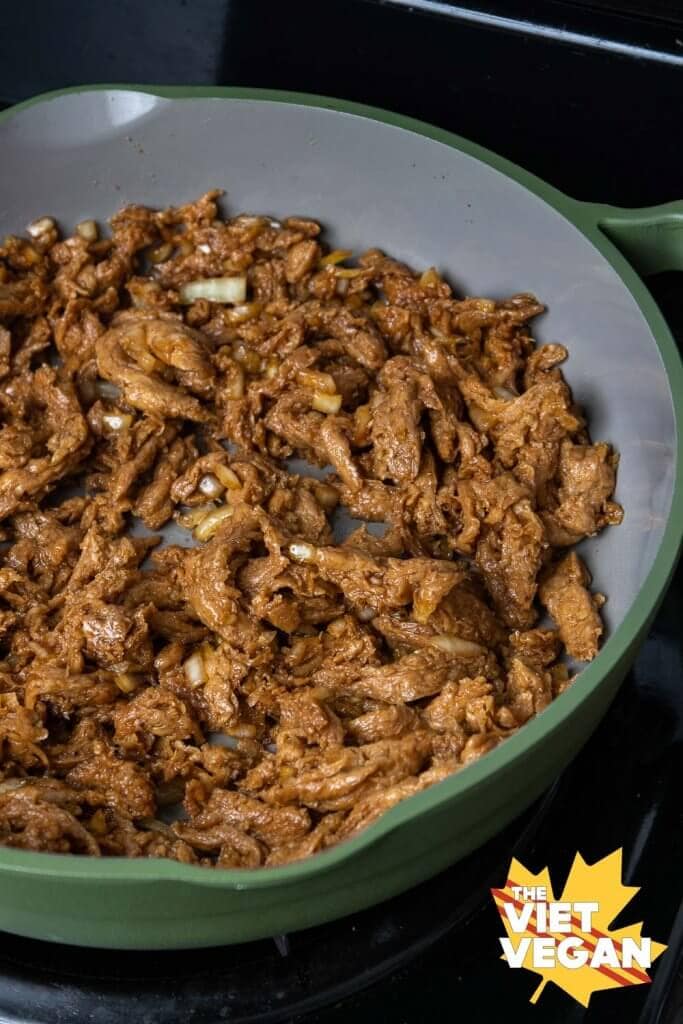 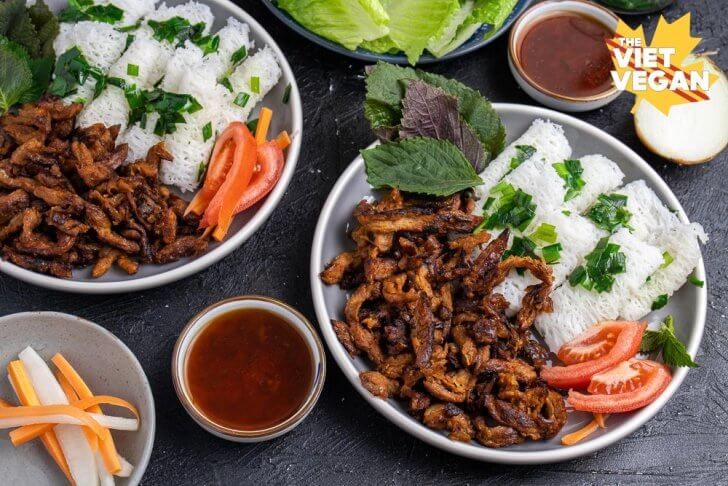 I hope you enjoy my Vegan Bánh Hỏi video I made on my channel with how I’ve been enjoying eating it lately! I eat with my classic nuoc cham chay, pickled carrots and daikon, and plenty of herbs, lettuces, and whatever crunchy vegetables I have on had to eat on the side.

For the marinated soy curls:

For the marinated soy curls:

For the Green Onion Oil

For the Banh Hoi (Stovetop method)

For the Banh Hoi (Microwave method)

**To see the package I used, see my grocery haul