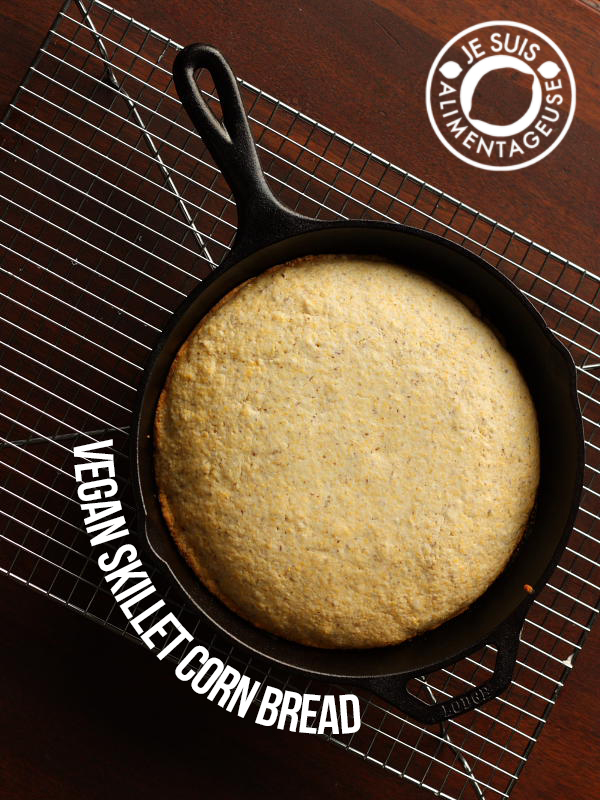 In June I bought a cast-iron skillet. I was ecstatic when I saw the $16 US price tag because in Canada, the same skillet by the same brand would have cost somewhere between $30-50. All this for an 8″ skillet. I started to dream of all the things I would make in it, and because it would just be me cooking, my skillet would totally be meat-free! I started dreaming of potato hash skillets, perfectly fried eggs, dutch baby pancakes, and then cornbread. VEGAN SKILLET CORNBREAD. You don’t know how excited I am about this skillet unless you’re a food blogger. Or an avid cook/chef. But I started to dream about cornbread.

Is that weird? Dreaming about food? Because I totally do it all the time. Heck, even during the day, all I think of is food. My friends tell me that every time they look at my laptop screen, they always see some sort of food there, be it Pinterest, Foodgawker, or my blog, there’s usually some sort of food photography or recipe on screen. I live, breathe, eat, sleep, and obsess over food. I would say it’s unhealthy but I make pretty healthy food so I guess that makes it…healthy? (#logic)

But you know what the advantage of vegan SKILLET cornbread is? The crispy crust. And it looks impressive and beautiful when you pull it out of the oven and set on the table. One of my readers told me that they preheat a well seasoned and greased skillet in the oven, and when you pour in the batter, you’ll hear a beautiful sizzle and then pop it in the oven to bake. You’ll have a wonderfully crispy crust when it comes out all thanks to the amazing cast iron skillet. 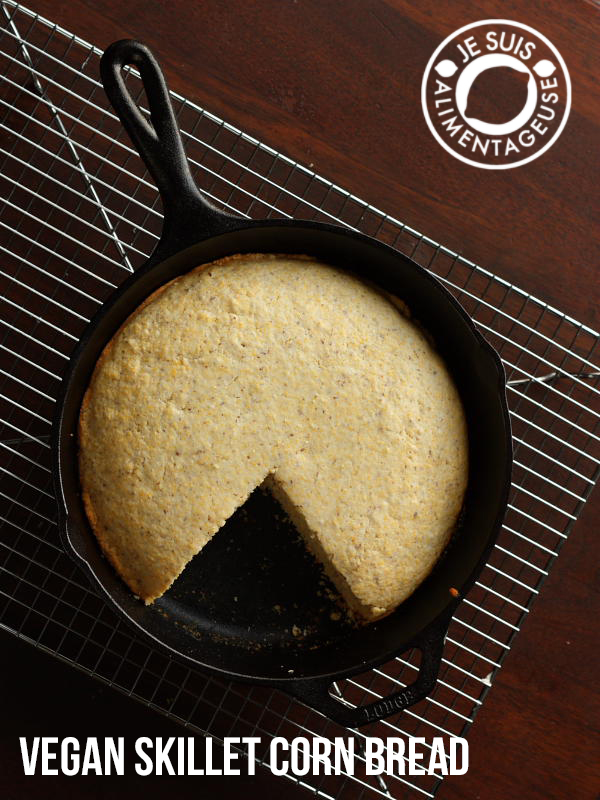 And this corn bread is a little bit on the sweeter side. It’d be perfect alongside chili, salad, or just plain with butter, but next Monday I’m going to share the amazing sauce that is absolutely delicious on top of this corn bread. Hint, the main ingredient’s season is just about ending! (That’s a huge hint. You should totally know what it is by now.)

But I am beyond excited to dream up other things to cook in my skillet. For those who are wondering how I seasoned my skillet after I bought it, here’s what I did.

So far so good! Feel free to share any other cast-iron care tips! 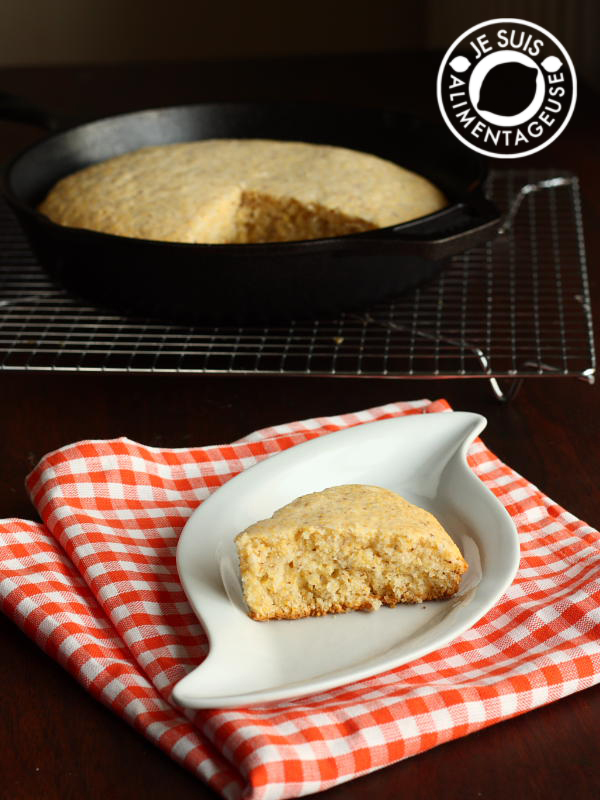