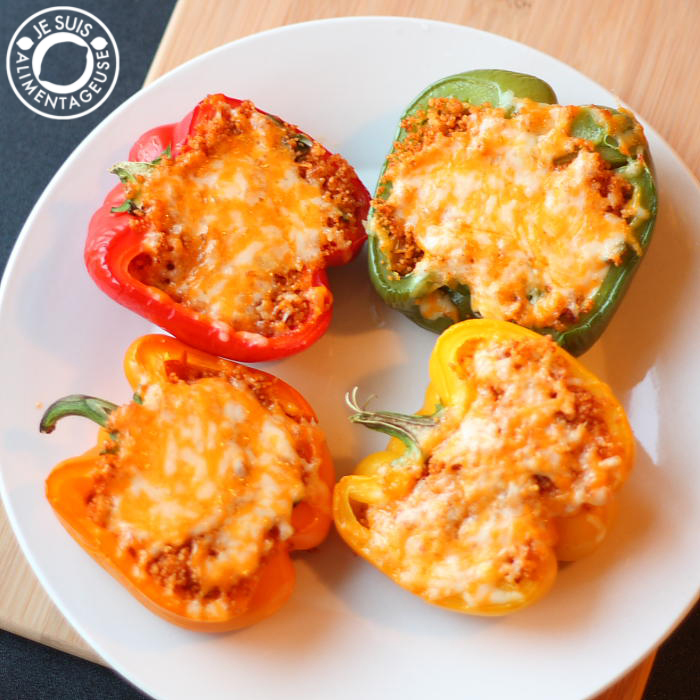 Hello, my lovely readers. This is going to be a little bit of a personal post today, so feel free to skip ahead to the recipe =P

Here I am in the big city. I’d like to say I’m not overwhelmed and that I’m adjusting well, but frankly, I’m not. I love my program so far, I love my courses and the content is so cool, but I just miss Ottawa. I miss the familiarity of everything; I miss knowing where all the great food is. I miss being able to walk or bus anywhere in the city in under an hour without sitting in traffic. I miss Ottawa’s timid drivers who are super sweet and don’t run over pedestrians. I miss the people! And I miss Chris. I think that’s what I miss about Ottawa most of all. (On a side note, for those who know of Malcolm Williams’ love for vertical lists, I was really tempted to turn that last paragraph into a vertical list. But let’s be real, vertical lists don’t flow as nicely in a food blog unless you’re listing ingredients.)

I guess I’ll just have to suck it up and learn about Toronto. I do like some things about it though. The boutiques here are really cool, you just don’t see as many boutiques in downtown Ottawa. I mean, there are lots in the Byward Market, but Queen Street alone had soooo many cool ones. I like that I’m close to Chinatown. Stereotypically enough, growing up about 1-2 hours away form Toronto, I only ever knew Chinatown. It wasn’t until I was about 17 did I start exploring other parts of the city. And I love that so many of my musician friends are here.

Speaking of which, I’ve been having games nights to motivate me to unpack and clean my apartment! My latest games night turned out to be a great success! I expected a small group like the first one (about 6 of us in total), but it got a little out of hand and 14 people showed up at my apartment last night. It was so fun, although I think my neighbours must think I’m a little wacky for having a ‘party’ on a Wednesday night. But we ended the noise around 10:30 pm, and everyone was gone by 11:30 pm, so worry not, I am not going to be lynched by my neighbours yet.

My musician friends are awesome and are probably the reason why I’m not having a miserable time in Toronto. It’s funny because so many of them study music in university, and it always kind of made me self-conscious about my ability to play. I wasn’t sure if I could consider myself a musician. Because what IS a musician? Is it someone who makes money by playing music? Is it someone who studies music?

It wasn’t until last year that I realized that I don’t need to be a concert pianist to be considered a musician. I realized that musicians are people who make music for the love of it. I lost my way a bit in terms of music. University does that sometimes, distracting me with exams and assignments, but I think I’m back to my old self. Finding a balance between music, life, and work. Oh look, this is how much it hurts my ears to play piccolo. (This is from my high school band at music festival) 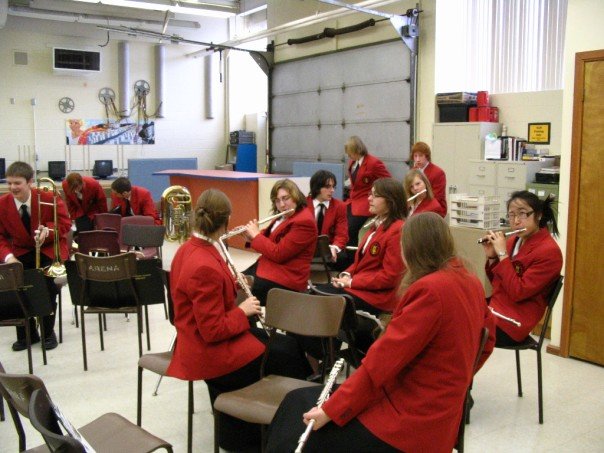 Music has always been a part of my life. I’ve been playing piano since I was six years old, and I’ve continued with lessons until the end of high school. By the end, I was playing grade 8 RCM level pieces, and if I actually practiced, I could probably play some grade 9 pieces. I’ve been playing flute since I was 11, and I was a super band geek in high school. I was actually band president in my last year of high school. I’m around a grade 8 RCM level for flute as well. I can noodle around on guitar and I played trumpet in Jazz Band in high school. I think it’s safe to say I’m a musician. But anyway, that’s enough about music.

So this recipe makes about 16 stuffed pepper halves (8 peppers), depending on how big your peppers are. If that seems like a lot of peppers to you, feel free to half the recipe or freeze some for later. I feel like these would bake up nicely from the freezer. 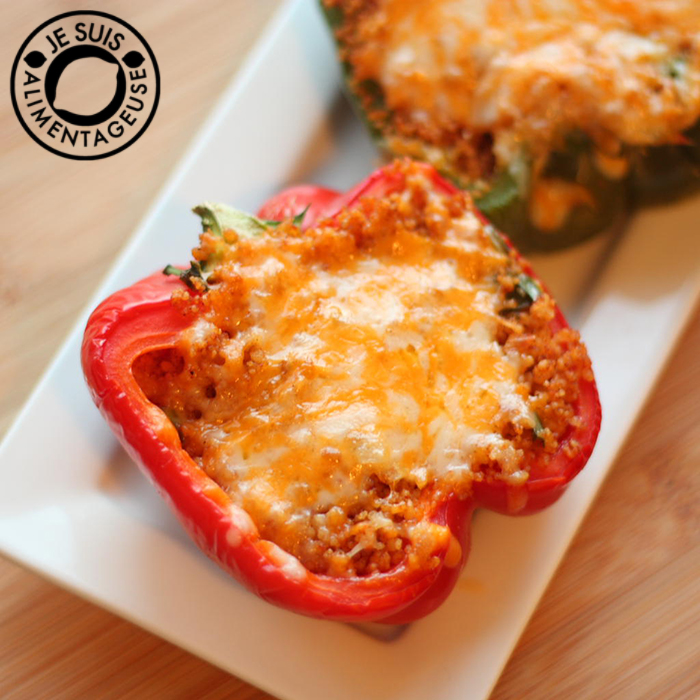 EDIT: This recipe was from before I went vegan, so the photos are actually vegetarian version with cheese. I’ve adapted the recipe with vegan cheese, but I’ve never gotten around to retesting/reshooting this because Eddie (my husband) does not like peppers.